Semu has always wanted to be a goal-keeper (Photo: Vaitogi A. Matafeo)

Reflecting on his journey thus far, he said all the challenges he faced were needed to prepare him so that he could win the Golden Gloves award.

"First of all, I would like to give thanks to the Lord for the talent he has given me," he said.

"I was awarded the Golden Gloves which is the best goalkeeper, and it was the position I was aiming to be and wanted to win it for myself, and I got it."

He told Samoa Observer about his challenges of being a goalkeeper, which includes diving for the ball, keeping his eyes on the ball's direction, and so forth. 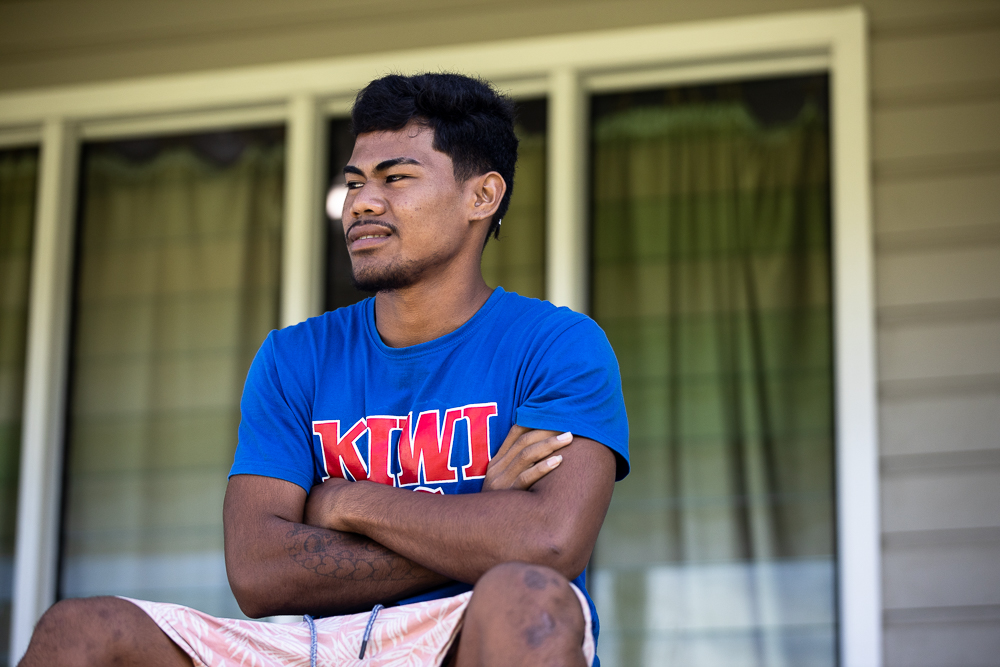 "As a goalkeeper, the hardest part is when our opponent has the chance of kicking the ball one by one, sometimes it's the diving and it makes it hard for me to do my role which is catching the ball so that the other team won't score a point," he said.

He gained experience and skills through observations of players.

His training helped him too.

"When I started as a soccer player, I always watched the players who are goalkeepers for their team, how they move, their skills, techniques and everything, I sort of grew an interest in it and I set it as my goal to become the best that I can be. Winning this award is a dream come true for me," he said.

Faimata started at a very young age. He now plays for the Kiwi FC.

His parents are Galutele and Faimata and he is 17 years of age from Vaiusu.

The strongest opponent he has ever encountered on the field is Lupe o le Soaga and Vaipuna FC.

"Last year, I had difficulties with the Lupe o le Soaga team, but this year all the teams are competitive and my job is not that easy. Lupe o le Soaga and Vaipuna are the strongest team for me," added Faimata.

He hopes to again be on the national team as he is very keen on representing Samoa in other countries. He is working on his fitness level so that he will be better at football.

"My hope is that I want to represent Samoa through football, and hopefully make it to the national team again. My fitness level is not really at the level where it should be so I am working on it."