The Government has asked China for funds to redevelop the Asau Wharf in Savai'i. This was confirmed by a spokesperson for the Chinese Embassy in Samoa, Zhang Muyue, who said the request has been submitted but a decision has yet to be made.

She said the Chinese government is conducting a financial feasibility study on the proposed project, which started in 2019.

She added that there are logistical plans that have been hindered due to COVID-19 global pandemic border shutdown, which has delayed some decisions.

During an interview with the Samoa Observer, the Chief Executive Officer of the Ministry of Finance, Leasiosiofa’asisina Oscar Malielegaoi, said the Asau wharf is a critical part of economic developments for the big island.

Leasiosio was part of a Cabinet Development Committee (C.D.C.) which recently visited the Asau wharf - among other projects.

“If we do secure funding to again refurbish those two assets [Asau Port and wharf] that will transform the economy on that side of Savai'i,” he said.

The Finance C.E.O. could not say how much they are looking at to fund the project.

But Leasiosiofa'asisina said the Asau Port is one of the many projects the Government is looking at to improve life for residents of Savai'i.

Other projects focus on water, including the Gataivai Water Supply System. 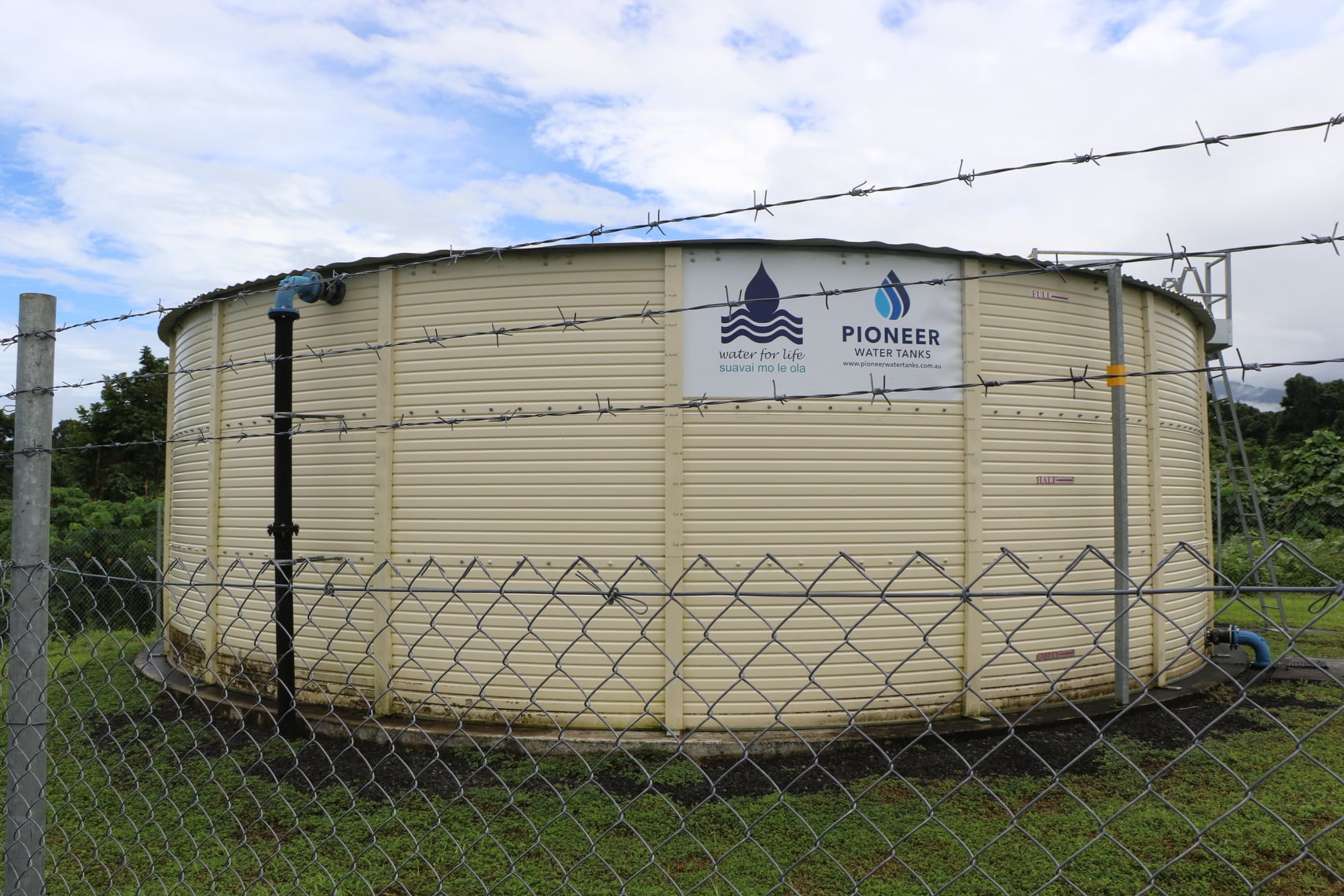 During the recent C.D.C., one of the highlights was the launch of the inter-island flights operated by Samoa Airways.

“A highlight of the C.D.C. was the maiden flight on Samoa Airways because we had plans in January for Samoa Airways just to land at Maota, it didn’t happen due to a miscommunication but eight months later it was a dream come true,” he said.

The Finance Chief also spoke about the significance of the C.D.C. as an opportunity to monitor the developments throughout the country.

“Hence the importance of not only in terms of follow-ups but also a demonstration that Cabinet wants to be on the ground from time to time. The frequent visits to Savaii open up perspective, fresh new ideas, to me as Secretary of Finance; we’re paying money and now seeing results and fruits of our hard labour, of the tax payers," he said. 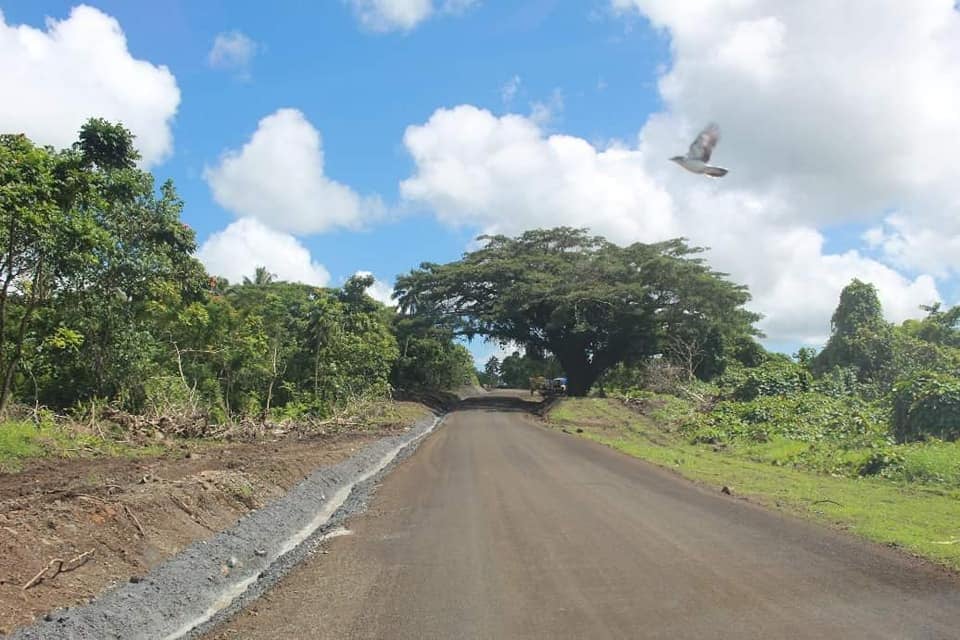 “The last visit to Savaii was in January but if you have visited Savaii lately and travelled along the Vaiaata and Patamea road, there was no road eight months ago but now we do have a portion, the first five kilometers and Government is now building the rest.”

The Chief Executive Officer of the Land Transport Authority (L.T.A.), Galumalemana Taatialeoitiiti Tutuvanu-Schwalger, said they are the implementing agency for the Vaiaata Road in Savaii.

“A Climate Resilient Road Strategy was formulated after a Vulnerability Assessment of Samoa’s road network was undertaken,” she said.

Galumalemana added that the assessment was funded by the World Bank. 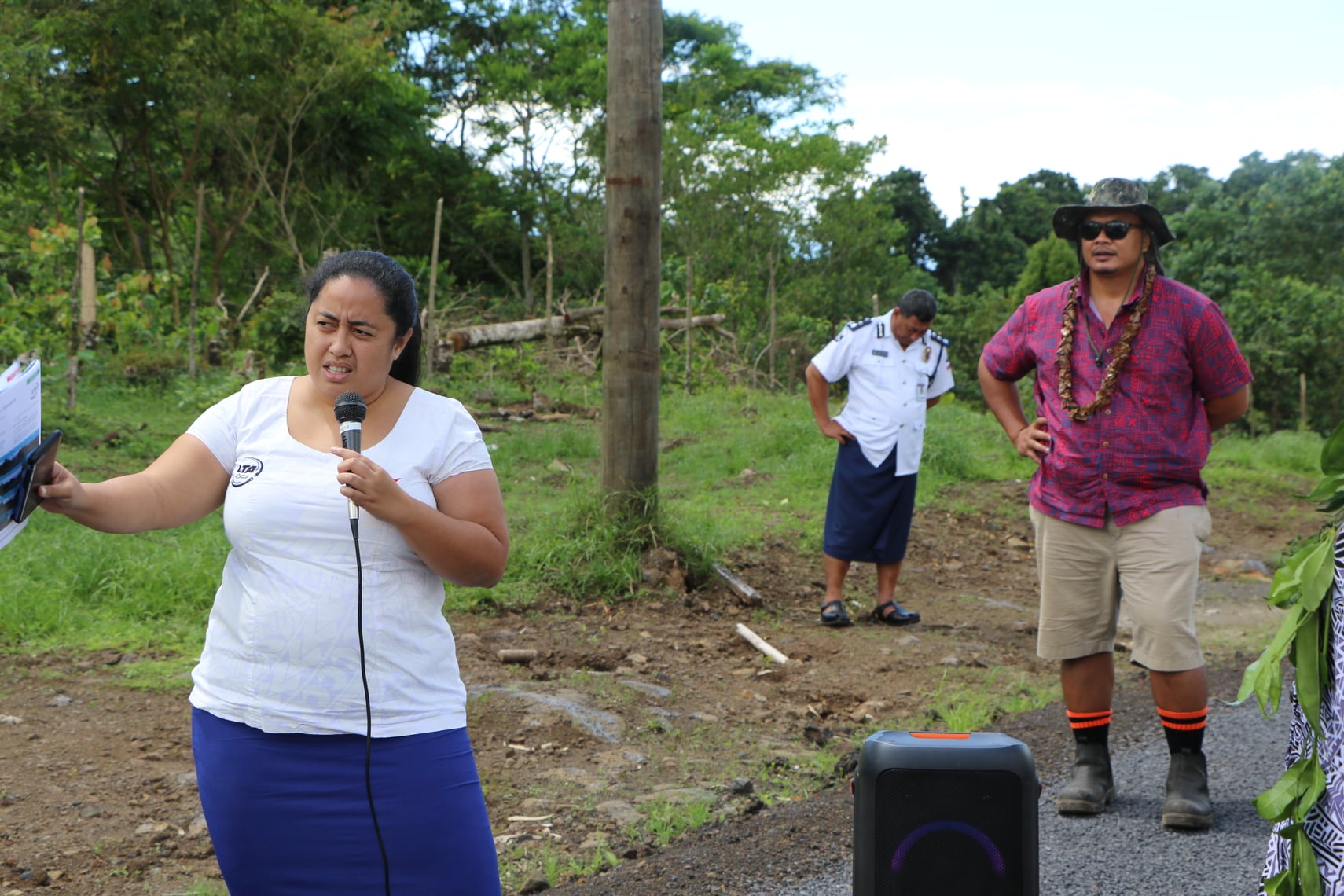 “From the vulnerability assessment, it was recommended to prioritise the construction of the 20 kilometer Vaiaata Road from Patamea to Fusi, Saoluafata as an alternative route for the travelling public should the coastal roads be inaccessible due to a natural disaster.

“Furthermore, the Vaiaata Road will improve accessibility to village and family farms/plantations as well as the Vaiaata Prisons and the Vaiaata rubbish disposal facilities.

“Therefore, the Government has approved the construction works for the Vaiaata road with the funding of SAT $12.2 million.”

The L.T.A. Chief also explained that the contractors for the road have been awarded to Apia Lua Construction, Sakalafai Contractors as well as Ah Liki Construction.

In addition, the Samusu crossing was funded by the World Bank.

“There are many other roads currently under construction in Upolu and Savaii due to the large volume of requests from villages for roads,” Galumalemana revealed.

She added that the Government funds towards Vaiaata Road as well as many other road projects that are being implemented in Upolu and Savaii provides guarantee of employment for our local people thus benefits our families and contributes to our economy; especially with the impacts of the COVID-19 on the world including Samoa.

“Furthermore, the Government through the Land Transport Authority has endeavoured to construct roads for all districts to ensure that there is fair distribution of Government’s assistance to our people."