Australian foreign policy think tanks are calling on the country to be proactive about Pacific migration in the face of the looming threat of climate change.

In a new policy paper by the Kaldor Centre for International Refugee Law and the Lowy Institute, the Australian Government is asked to think about how mobility and work visa policies can help the region contend with the effects of climate change on their homes.

They argue that if even one per cent of the region was able to permanently work in Australia it would “bring more benefits” than even Australia’s national aid contributions.

Author Jonathan Pryke, who leads the Pacific Islands Programme at the Lowy Institute, said the seasonal worker programme and Pacific Labour Scheme, which Samoa is part of, already goes a long way towards helping the region but improvements are needed.

“The [Pacific Labour Scheme) needs to offer a pathway to permanent residency if it’s really going to help Islanders at risk from the impacts of global warming,” he said.

The paper advocates for the programme to let families migrate along with workers on the three year Labour Scheme visa, and for it to lead to permanent residence.

Australia should also be creating a Pacific Access Category visa, the authors argue, for the Pacific Islands that are not already in arrangements with other large nations like New Zealand or the United States.

Director of the Kaldor Centre Professor Jane McAdam said now is a “critical time for policymaking,” as climate change forces people to relocate either within their own countries or overseas.

“In 2019, disasters were displacing more people within their countries than conflict,” Professor McAdam told a Kaldor Centre podcast.

“While the global media focus has been on Syrians fleeing their homes, it may interest people to know that 80 per cent of global displacement in the decade to 2018 occurred within the Asia Pacific region.

“As the planet continues to warm displacement is likely to increase.”

She says policy measures need to be devised and implemented sooner rather than later so that the inevitable migration can be managed well.

“We might not be able to stop climate-related displacement in its tracks no matter what mitigation or adaptation strategies we put into place now, but what we can do is flatten the curve, reducing the potential scale and impact of displacement, only if we act now.” 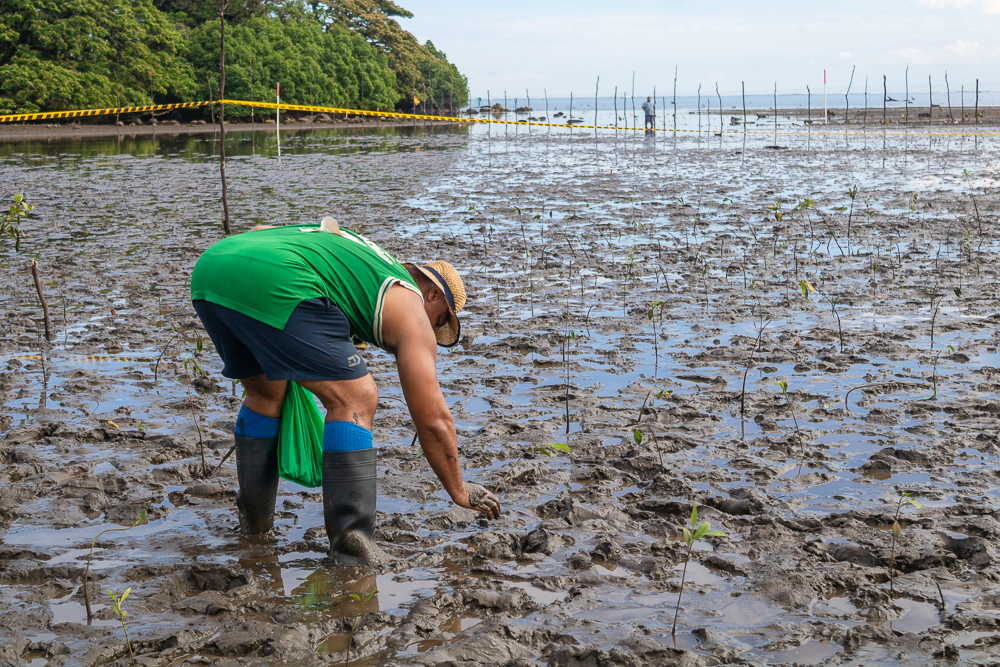 The policy brief is called Climate Change, Disasters and Mobility: A Roadmap for Australian Action.

The authors argue that instead of reacting to climate change caused displacement, “smart migration policies” will afford Pacific Islanders more dignity and choice about how to deal with impending disasters.

“Such policies could include bilateral or regional free movement agreements, training programs that prepare individuals to find work abroad, as well as the creation of special visa categories for people living in at-risk areas,” they state.

“They could also be premised on giving people in vulnerable circumstances preferential access to existing labour, education or family visas.

“In this context, temporary mobility schemes could provide another lifeline, especially in the aftermath of a disaster.”

“The crisis is not hitting us in a vacuum, it’s affecting us all,” Mr. Pryke said of the COVID-19 pandemic.

“Every dollar we invest now will save us money in the future because what we have seen with COVID-19 is that it is an accelerant of existing trends in the Pacific.

“All the challenges we were talking about last year – climate change, population growth, health and education challenges – many parts of the Pacific were not on a solid trajectory before the crisis hit and all these issues will be accelerated into the future.

“If we don’t help keep these economies going, if we don’t engage in the work we are advocating for, the costs will be even greater in the future.”

The writers argue that Australia, being the largest aid donor, trading partner, investor and source of tourists to the Pacific, has to factor in the region’s stability when it considers its own.

“Responding to displacement is not just a humanitarian imperative. It is also in Australia’s broader national interest to take action.

“A core objective of Australia’s interests, and aid investments, in the Pacific is to maintain stability and promote prosperity, and displacement will undermine this.”

Not only this, people from the Pacific are already streaming to Australia in search of better opportunities. Australia currently takes in the most Pacific migrants, the paper states, and the matter of refugee status from climate change disasters has already risen.

No legal claim for refugee status has succeeded yet, but Australia ought not to leave this major decision to the courts, the writers argue.

“The Australian government can either leave it to the tribunals and courts to determine the way forward, or it can choose to devise proactive policies of its own.”

Australia appears to be on the path to thinking deeply about these issues.

In September, during part of a public hearing as part of the inquiry into Australia’s relationships with the Pacific, Danielle Heinecke of the Department of Foreign Affairs and Trade said Australia is looking at the compact agreements countries have with New Zealand and the United States as a model for Australia.

She said labour and education are two main pathways already being investigated for Pacific Island migration.

“A big part of that's going to be in the education space, as I said before, because that's the pathway to labour market integration, which is important in terms of how we think about our migration policy.

“Typically, we've had an economic response to migration, rather than necessarily a strategic look at migration, so there are a lot of interesting policy questions that Government needs to unpack.

“From our perspective, what we really want to do is build on the step-up and build on a lot of the existing education relationships and labour mobility pathways.”

Ms. Heinecke is the First Assistant Secretary for Pacific Operations and Development.

One previous suggestion out of Australia on climate change-related visas was an offer by former Prime Minister Kevin Rudd.

In 2019, he suggested Tuvalu, Kiribati and Nauru could have citizenship in Australia in exchange for control over their exclusive economic zone and fishing waters.

The Prime Minister of Tuvalu at the time, Enele Sopoaga, hated the idea, calling it “imperialist thinking” and demanded Australia instead stop coal mining and exporting.