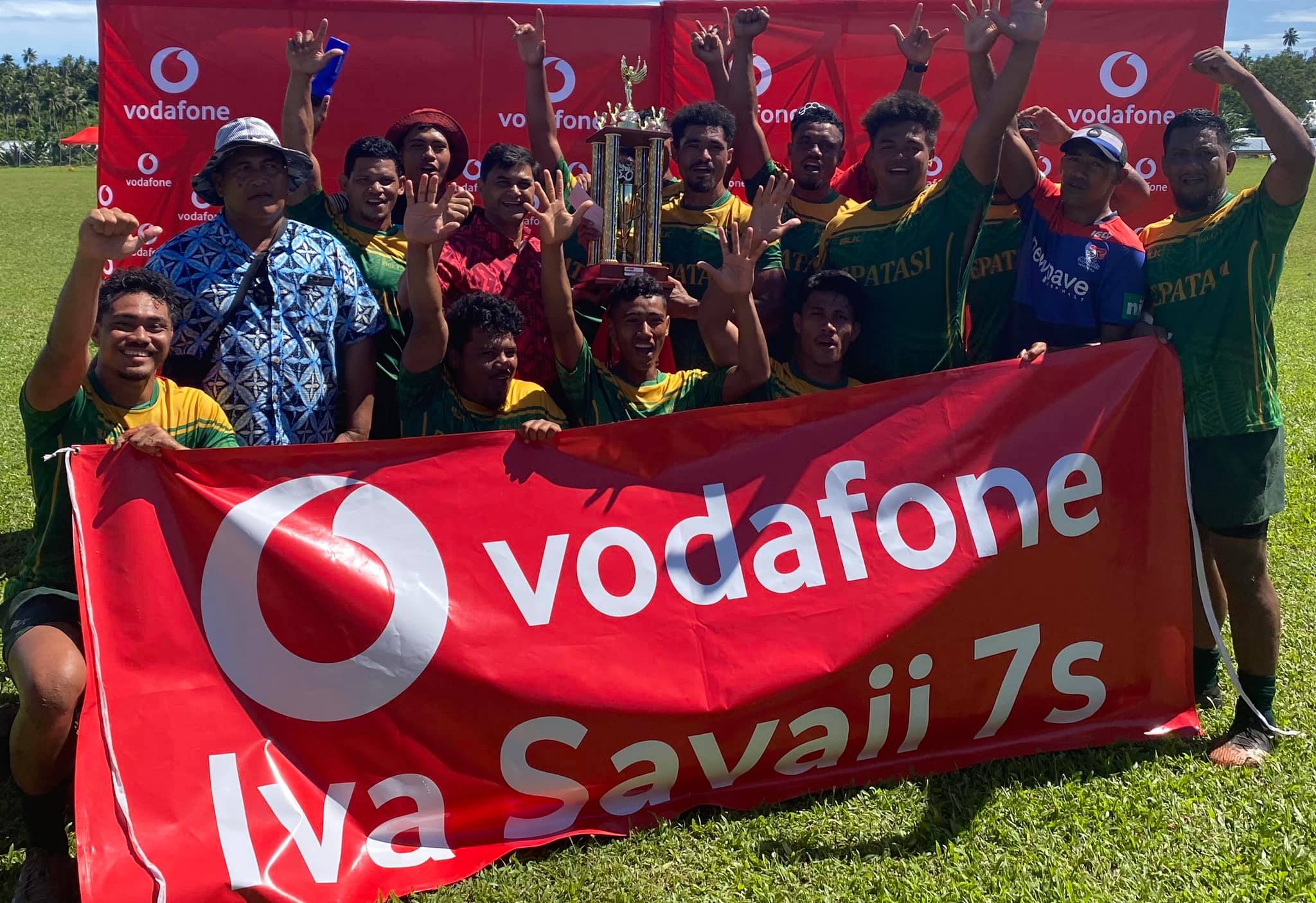 The Tepatasi rugby team has done it again!

They are taking the cup for the Vodafone Iva Savai'i Sevens 2020 tournament to Aleipata after defeating Matniuel Lauli'i Lions in the grand finale of the two-day tournament at the Prince Edward stadium on Saturday.

Coached and led by Reverend Iosefo Malo, the Tepatasi showed consistency throughout the competition and won, 26- 7.

This was not the first time the two teams have clashed in a grand final game.

Speaking to the Samoa Observer after their win, Reverend Iosefo said they dedicate their success to God, who made it possible for his team.

"Credit goes to where it's due," he said.  "We truly believe that the strength and ability our players have is from God, so we thank him first and foremost."

He then went on to say that Tepatasi's goal has been achieved.

Gearing up for this tournament, they trained hard with the aim to return to Aleipata as the champion of the Vodafone Iva Savai'i Sevens, 2020.

"I am sure it's the same for every other team that competed in this tournament. We all wanted to win. I don't want to sound like I'm a high-minded person, but that was the goal we set at the beginning of our preparations.

"We didn't come just to participate. No! We came to win, and we did."

Consistency in the players' performance on the field was something Reverend Iosefo said they focused on.

"As you are aware, our team has secured first place in the recent tournaments and we wanted to prove to the whole country that it was not a fluke.

"We truly believe that hard work pays off and we continue to work hard and go the extra mile to make sure that we get better every day.

"So winning this tournament is something we've worked and prayed hard for, and the plan is to continue to work so we can be better tomorrow and the next day."

The coach for the winning team also praised the organisers of the Vodafone Iva Savai'i Sevens for their determination in continuing such a tournament in Savai'i.

"This is a great initiative and I thank those who have been working hard to organise this tournament.

"We need more tournaments to develop the skills and talents of our local players. Moving forward, we need to have more tournaments as it offers the opportunity for our players to play professionally and expand their knowledge and skills on how to play the game.

"So we are happy to be part of this great tournament.

"There has been an increase in the number of participating teams for this tournament. That proves to us that the game is developing.

The United Kingdom has pledged money towards the Pacific’s COVID-19 fight and is hopeful its development of a new vaccine will reach Samoa by the end of next year.