Nifo Onesemo is part of a group called the “5am-mers”, who climb the famous mount four days a week.

She told the Samoa Observer that they started climbing Mt. Vaea individually last year and it wasn’t until this year during the COVID-19 pandemic when more people joined their morning climbing session.

"So we never knew each other but it was constantly running into each other in the morning at Mt Vaea and that’s how our group was formed," she said, when giving background on their group.

"5am-mers because that’s the time that we all meet up and it’s only when everyone gets there, then we’d all go together.”

The group stays in touch using Facebook Messenger to communicate and plan their activities, including the climb they did on Saturday morning.

Ms. Onesemo said she pitched the idea of marking Pinktober and all their other members supported it.

"I came up with the idea but everyone contributed. We all dressed in pink and took pink balloons and pink ribbons up Mt Vaea and sort of decorated the grave and some of the plants along the trail. 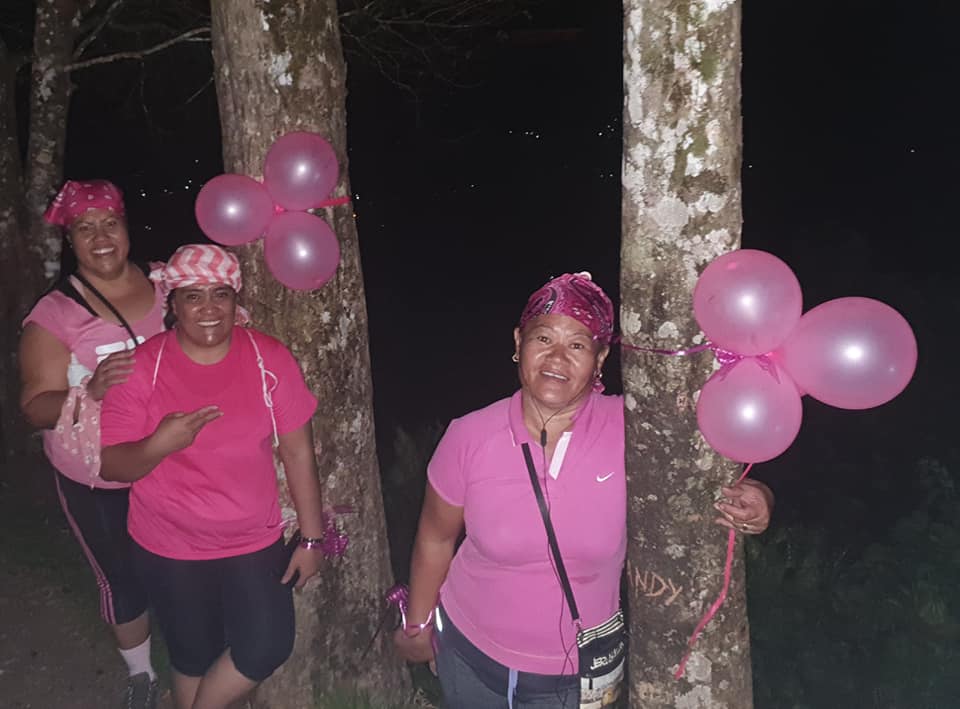 "Some of our members dressed up as superheroes and the others either had a pink ribbon tied around their head or a bandanna."

According to Ms. Onesemo, the group started off with seven members which increased over the months with two new members joining last week to bring their total membership to 11.

"Two members joined last week and so this morning they shouted break-fast for the group this morning."

They hike every Monday, Wednesday, Friday and Saturday and take the long trail up Mt Veae on Saturday and the short trail the other days.

"We all go together, however, we each have our own pace but then we also have someone who leads so we sometimes go about the leaders' pace so that we all go together and so that no one is left behind," added Ms. Onesemo.