The Vice-Chancellor of the National University of Samoa (N.U.S.), Professor Alec Ekeroma, wants to set an example for protecting the environment after he brought two electric cars into Samoa.

He told the Samoa Observer that owning an electric car was more environmentally friendly.

He added that the vehicle is very quiet, very clean and can accelerate to 100 kilometres per hour.

"So it can go as fast as you want but the range is 100 kilometres so you have to make sure that when you leave the base, that you don’t go more than a 100 kilometres, you have to get back otherwise your car is dead out on the road," he said.

"If you’re going to drive it then you have to drive it somewhere safe where you don’t get it into an accident and I prefer to drive it because it saves up fuel as well and I don’t pay for gas. "

The vehicle can be charged from a power outlet inside people's home, however charging stations are more efficient as it only takes about 4 hours.

"The length to charge depends on the charger but it usually takes 4 hours to charge. If you use your usual charger from the house, that takes about ten hours," Ekeroma said

"So you can still get a car and charge it from a power outlet inside your house but charging stations are faster." 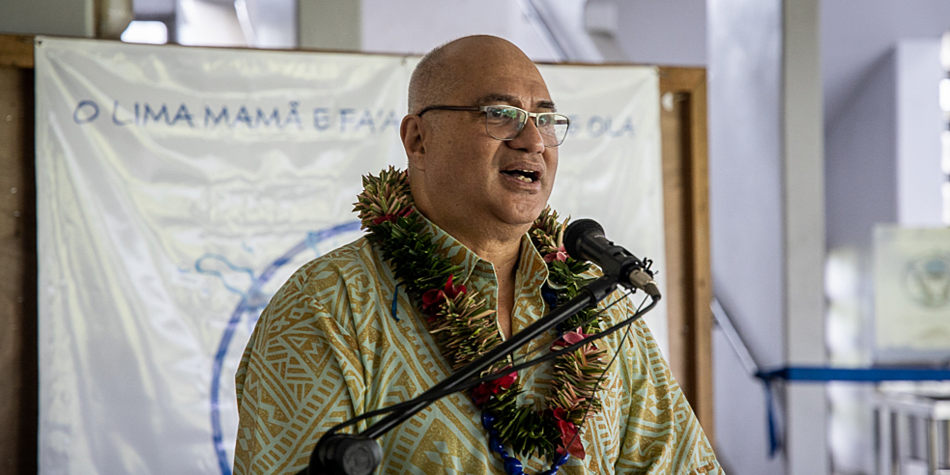 Ekeroma's home at Moto'otua is a charging station and he said that if people start importing electric cars, that they can charge their vehicle at his home for a small fee.

He went on to say that people who are wanting to bring into the country an electric car would not have to pay duty whereas he did.

The challenges of owning an electric car are that there is no one who is well-trained in Samoa to maintain the vehicle.

"The risks are that from ten years’ time, I don’t know what’s going to happen to the battery so I don’t know where I’m going to dispose of this battery and the other risk is that we don’t have engineers or technicians in Samoa that specializes in electric cars so when you get an electric car you have to make sure that you’re able to somehow maintain it. They can maintain oils but not the electronics of the car," he said