Commissioner Faimalo and team finalising the number of candidates nominated for the 2021 General Election list (Photo: Vaitogi A. Matafeo)
Politics

The two-week window for candidates to nominate and stand for next year’s election or switch parties closed a short time ago this afternoon.

Unlike voters' registration, only a few candidates were left to wrap up the nomination process when the Office of the Electoral Commission called time on registrations and closed its doors at noon on Friday.

Among the last candidates to be nominated was the Associate Minister of Communication, Lealailepule Rimoni Aiafi.

The list of all nominated candidates will soon be released, the Electoral Commissioner, Faimalomatumua Mathew Lemisio, has said.

"Although we would like to thank the candidates and the parties for their patience and praise God we have completed this stage of the General Election calendar," he said. 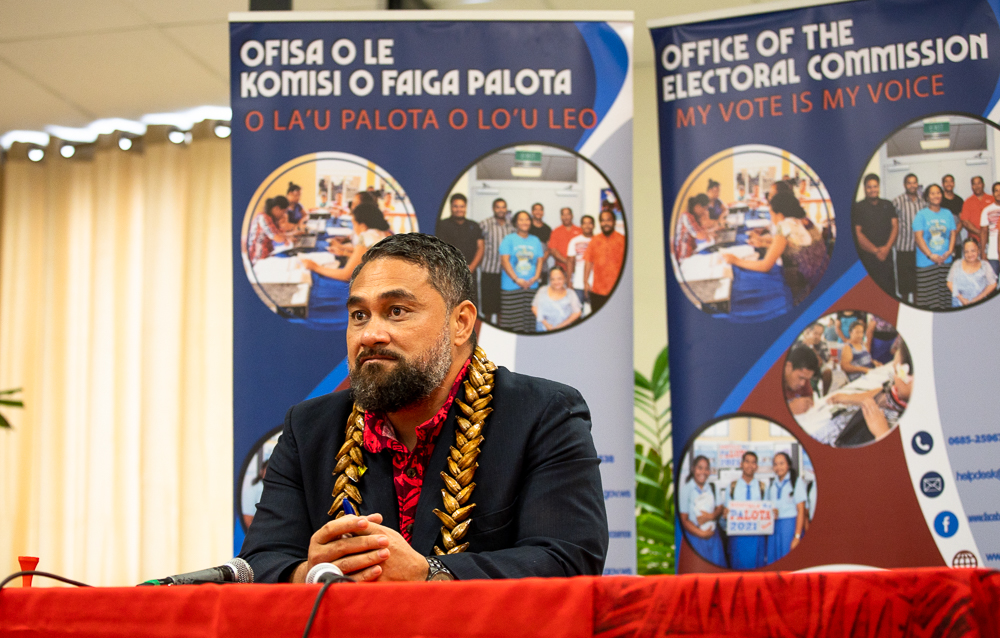 Faimalo said compared to last year the number of women who have nominated has dropped. Some 24 women ran in the 2016 Election, but only 22 will run in the 2021 election

The only remaining hotspots at the Plaza after registration closed were the set-up tables on the ground floor by the Samoa First Political Party (S.F.P.P.) and Fa'atuatua i le Atua Samoa ua Tasi (F.A.S.T.).

Various party members were seen catching up with other candidates as they waited for fellow candidates to complete their nominations at 9 am.

After all nominees were through the process, the two parties engaged in thanksgiving devotion amidst the crowd, followed by the exchange of traditional speeches.

Malele Paulo, better known as King Faipopo, a member of the S.F.P.P. engaged a growing crowd in a “change the government” chant before those gathered dispersed.

Before the nomination period’s closure on Thursday, a total of 186 candidates had nominated.

This is six per cent higher compared to the number of candidates who ran in the 2016 General Election.

A man accused of stabbing his younger brother on the back with a kitchen knife has been denied bail because of his previous convictions. It means Janu Junior Masoe, of Ma’agao and Nofoali'i, will be spending Christmas and New Year’s at the Tanumalala Prison.