The workshop was well attended by various youth groups across Samoa (Photo: Vaitogi A. Matafeo)
HS
By Hyunsook Siutaia, 23/10/2020

The project which is called the #SamoaWithHer Campaign will run for 12 months and is fronted by the Samoa Victim Support Group [S.V.S.G.] Juniors, which is a subgroup of the S.V.S.G. and will work under the auspices of the UNESCO Spotlight Initiative.

S.V.S.G. Coordinator, Namulauulu Franziska Sione, said the project unites all youth as part of a partnership with the S.V.S.G. to take action for #SamoaWithHer Campaign.

"S.V.S.G. has put their trust in these selected young people together with UNESCO through the Spotlight Initiative so they can implement this initiative and so the theme for today focuses on eliminating violence against women and girls through engaging with the youth to work together because it’s not easy," he said.

The S.V.S.G. team were in Savaii a fortnight ago where they were able to register about 100 youth who will be the representatives of their youth groups.

Rev Uatitagi Asueru Fiu of the E.F.K.S. from Fausaga Safata supports the initiative, saying that it will be an opportunity for the youth to take responsibility.

"It’s a great initiative for the youth to realise their responsibility in addressing and reviving mutual respect amongst boys and girls and that’s why we’re attending this program to expand on what non-government organisations and S.V.S.G. are working towards," he added.

"Our youth group is very fortunate for this opportunity and I hope it would be extended out not only to youth groups but to all the young people of Samoa."

The project builds on the rationale that while the Samoan culture supports male respect for women and girls, society has been undergoing changes.  These changes have created another reality that legitimises violence as traditional values give-away.  The culture of violence and abuse of girls, however, reflects a change built on the erosion of traditional value. 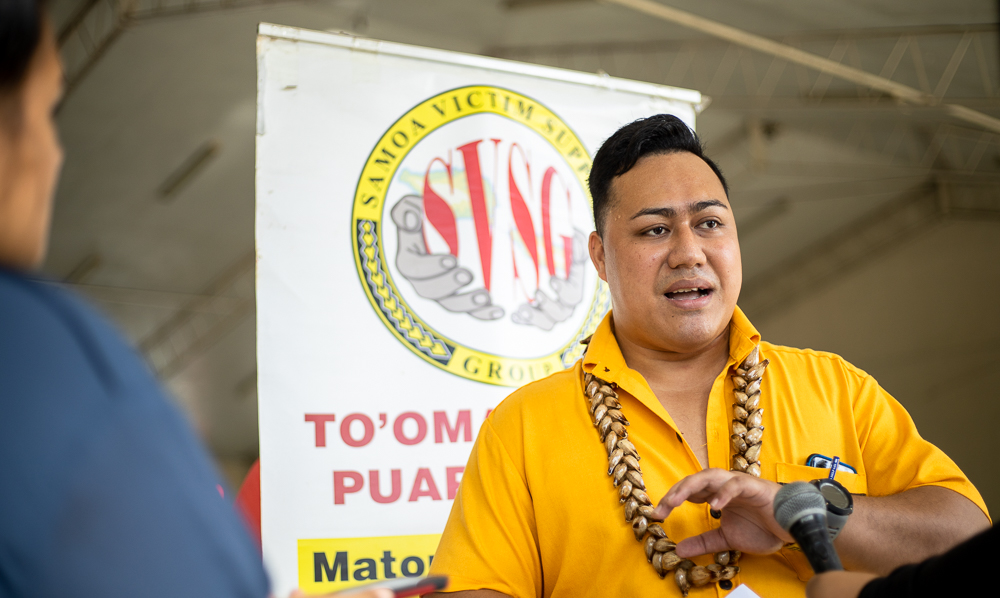 This project is an attempt to bring these values to life as living traditions while empowering survivors of violence to take charge of their lives.

To implement the initiative, the S.V.S.G. Juniors is mobilising 250 youth representatives from its youth alliance both in Upolu and Savai’i to participate as social animators.

The youth social animators are tasked with achieving the project’s objectives to empower young women and men with knowledge of women’s rights, strengthen young women’s networking and exposure and enable use of social media platforms to promote international networking for knowledge sharing.

On Thursday and Friday this week a total of 150 youth social animators from the S.V.S.G. Junior Alliance in Upolu will gather at the Seventh Day Adventist Church Hall at Lalovaea for their information sessions on the project.

The S.V.S.G. President Siliniu Lina Chang acknowledged the Director and UNESCO Representative to the Pacific States, Ms. Nisha and the team at UNESCO, for the confidence in the non-profit organisation to deliver on the project objectives, particularly in addressing violence against women and girls through reviving respect, as a living tradition for male towards women and girls in Samoa.