Women put on their prettiest pick for the forum/luncheon at the Taumeasina Island Resort. (Photo: Vaitogi A. Matafeo)
TM
By Tina Mata'afa-Tufele, 23/10/2020

Changing mindsets to replace negative with positive thoughts is key to tackling cancer in Samoa.

That is the view of the Samoa Family Health Association Director, Lealaiauloto Liai Iosefa Siitia, when she spoke to a group of women at the Taumeasina Island Resort on Thursday during a Pinktober Mother Daughter Sister Luncheon Forum.

With discussions during the luncheon revolving around the theme “let’s talk cancer together”, Lealaiauloto said finding the right words to use when discussing cancer can become a challenge.

“When it comes to cancer we understand that finding the right words can be a challenge. In Samoa cancer is the second highest killer after cardiovascular diseases, according to the National Health Statistics in 2017,” she said.

“However, the Samoa Cancer Society reveals that in September this year, 13 women were registered with breast cancer; [the] alarming part is that most of these women are between the ages of 20 to 40 years and this is a major concern for Samoa.”

Generally, Lealaiauloto emphasised that the age of women affected by cancer range from 45 years of age and above. 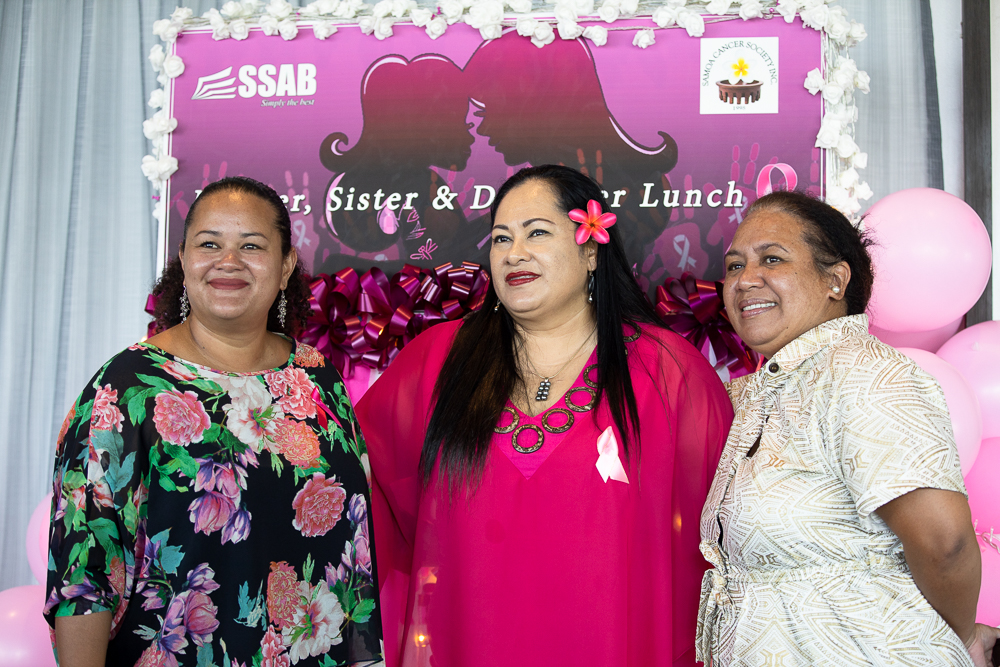 She added that the challenges for women diagnosed with cancer in Samoa include an under-funded health system to provide clear pathways for the patients.

“With the limited and under funded health system in Samoa, it does not provide a fully equipped cancer care facility that provides a clear pathway for women to be able to confidently navigate their way from consultation to screening processes to testing, treatment and or palliative care once they are diagnosed. So the purpose we are here today is to talk cancer together.”

Following a woman’s discovery of her cancer diagnosis, Lealaiauloto said she is of the view that steps should be taken to address it and it should start with changing her mindset.

“Change your mindset. Accept that your thinking needs adjusting. We have all had goals and dreams that did not unfold the way we hoped and expected when this happens repeatedly, we start to wonder what we need to change but rarely do we look inside at our own thinking as the place to start making changes.”

Lealaiauloto emphasised that everyone lives in a skill-set driven society, where people can change and take on different challenges, but ultimately changing mindsets can compel someone who has just been diagnosed to take the first step to seek treatment.

“We live in a skill-set driven society that emphasizes learning new skills and improving upon current skill sets,” she said.

“People believe they must go back to school, take workshops and read books to acquire that silver-bullet skill-set that will make everything fall into place.

Don’t get me wrong, I am not downplaying the value of skill-sets but more often it’s our mindsets that need adjustment.

“The good news is it’s a lot less expensive and much faster to change mindsets than to go and learn new skills so we need to acknowledge we are going to work on our mindsets.”

Lealaiauloto said “counter-mindsets” is the sort of thinking that does not produce the results that one would want and they should be identified, and pointed out that some examples include self-doubt, limiting beliefs and any other disparaging self-talk that get in the way.

It is the little voice that makes one hesitate when you approach someone you would like to meet, she added.

“It’s hard to remain positive when that little voice is constantly spouting off and saying things like I can’t talk to her. I am not smart enough. I am out of shape, I am not qualified.”

Lealaiauloto urged women to take note of counter mindsets and “flip the switch” by replacing those thoughts with positive thinking. 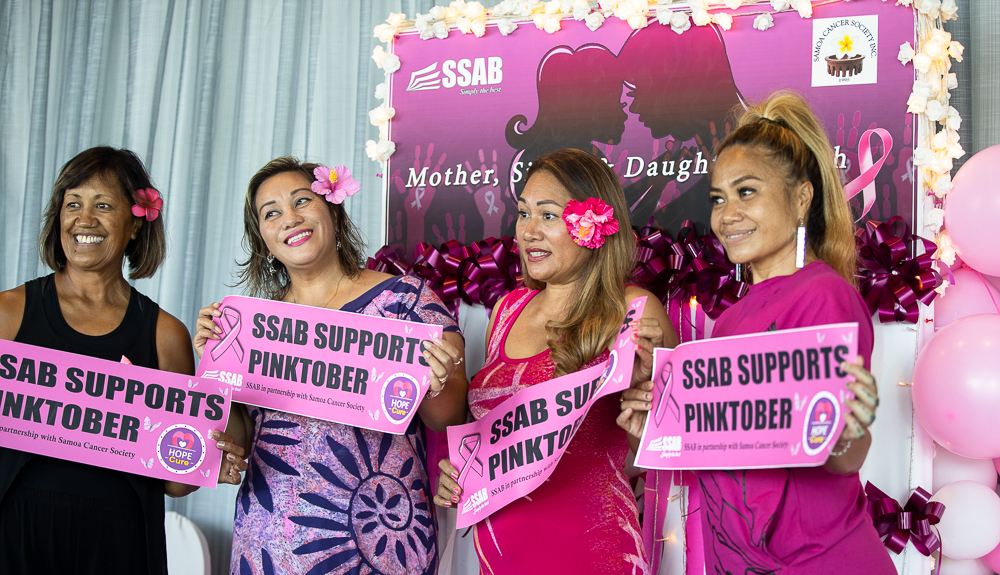 “Practice looking at the mirror every day and force yourself to say ‘you look good’…the reality is that positive thoughts and negative thoughts cannot occupy the same space,” she said.

She said we must also get used to “the F-word” – not the four-letter F-word – but the word “failure.”

“Expect that you will encounter many obstacles along the way. Don’t let barriers scare you or make you give up. When failure happens make adjustments to get you back into the game.”

Lealaiauloto said Samoa Family Health Association is a partner of and supports the Samoa Cancer Society.

She then closed her address with a quote from Mother Theresa.

“Yesterday is gone. Tomorrow is not yet. Come, we have only today. Let us begin,” she said.

The women-focused forum was blessed with a word of prayer by Apia Harvest Centre’s Shorley Mariner.

Health professionals and village councils have been handed potentially life-saving equipment for emergencies thanks to funding from the Green Climate Fund’s Vaisagano Catchment Project.

Samoa National Provident Fund (S.N.P.F.) has paid $3.5 million to over 6,500 members in the first two days of the fund’s 1.5 per cent dividend payout.