“My belief in democracy is that you need to have contesting parties so there is a check on the power of government. It is a lawyer’s nightmare to have a one party government,” said Lefau during an interview at his office on Thursday morning.

A founding member of the Samoa Tautua Party, Lefau opted for F.A.S.T. in support of his family members and party colleagues, Member of Parliament La’auli Leuatea Schmidt and Toeolesulusulu Cedric Schuster.

“The decision was not easy but considering that family members are founding members of F.A.S.T. led to the decision this week to vie under their banner,” Lefau said.

He is married to Frances Soon-Schuster; they have four children.

Lefau told the Samoa Observer that having one dominant party is dangerous.

“And that is why [the framers of the constitution] said for changes [...] two-thirds [of votes are needed].

“As a lawyer my fear is when [you] have [big] numbers in one party they can easily wipe out the constitution and we will have no fundamental rights and that scares the heck out of me.”

“The L.T.C. and the Supreme Court are two totally different purposes and the palagi (foreigner) court [is said to be unable to rule on] the Samoan court because of the very unique nature of customs and traditions,” he said.

Lefau then pointed to the issue pertaining to village council rights versus individual rights.

“These are human rights we are talking about, human rights [are] not a palagi or a Samoan thing; [they are your] entitlement; you were born with [them] and to limit the [recourse] of a person when his or her rights have been violated [...] that is injustice to me,” he said.

“I don’t believe in the principles which these three bills [represent] and ultimately this is what I have always been scared of; the dominance of a party to change the constitution as easily as they now can. 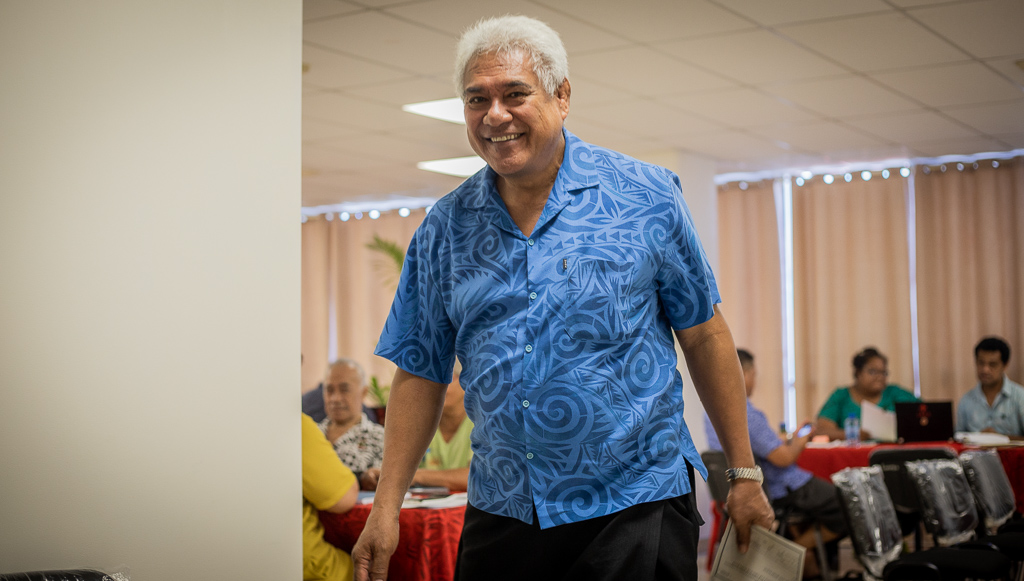 “There is no check on their power.

“Public opinion [may] complain about it, but they have the power and the numbers to change it.

“I find it very scary. In order to achieve the objective of a free society you need both, a good and strong opposition to keep the government in check.”

He said to suggest communal and individual rights were in conflict was wrong.

“There is also a presumption that whatever the village councils says is right but we cannot presume that; right now the equaliser is the law and now they are proposing the law that [...ignores] the individual rights of a person.

“I am a high chief and if I see a decision that is not fair, I will speak out against it and it’s not about being on the opposition side.

“At the end of the day the council has the authority to oversee the village but that authority should be used wisely and in accordance with the law.”

Lefau attended St Joseph’s College in Samoa and then to New Zealand to further his education where he attended St Paul’s College before going on to Victoria University to study law.

In the 1980s Lefau worked in the Ministry of Education in Wellington, New Zealand and, after five years, he returned to Samoa and worked at the Attorney General’s office.

In 1997 Lefau moved into private practice and three years later he was appointed to the bench as a Judge of the District Court. However, after 10 years he then resigned from the Judiciary and entered politics.

In 2011 Lefau won the Vaimauga West Constituency but was unsuccessful in seeking reelection in 2016.