One of the participants receiving his award from Netball CEO Rosemarie Lome and Tusi Faasoo-Ale (Photo: Oriana )
Netball

Oriana was established as a development pathway for young netball players, acting as a feeder team for different clubs.

Following the success of the National Netball league, officials and players celebrated the end of the season as a way to encourage the participants.

"It was encouraging to witness keen netball enthusiasts learning new skills, working hard on their fitness and each session growing in numbers," the Chief Executive Officer of the Netball Samoa, Rosemarie Lome, said. 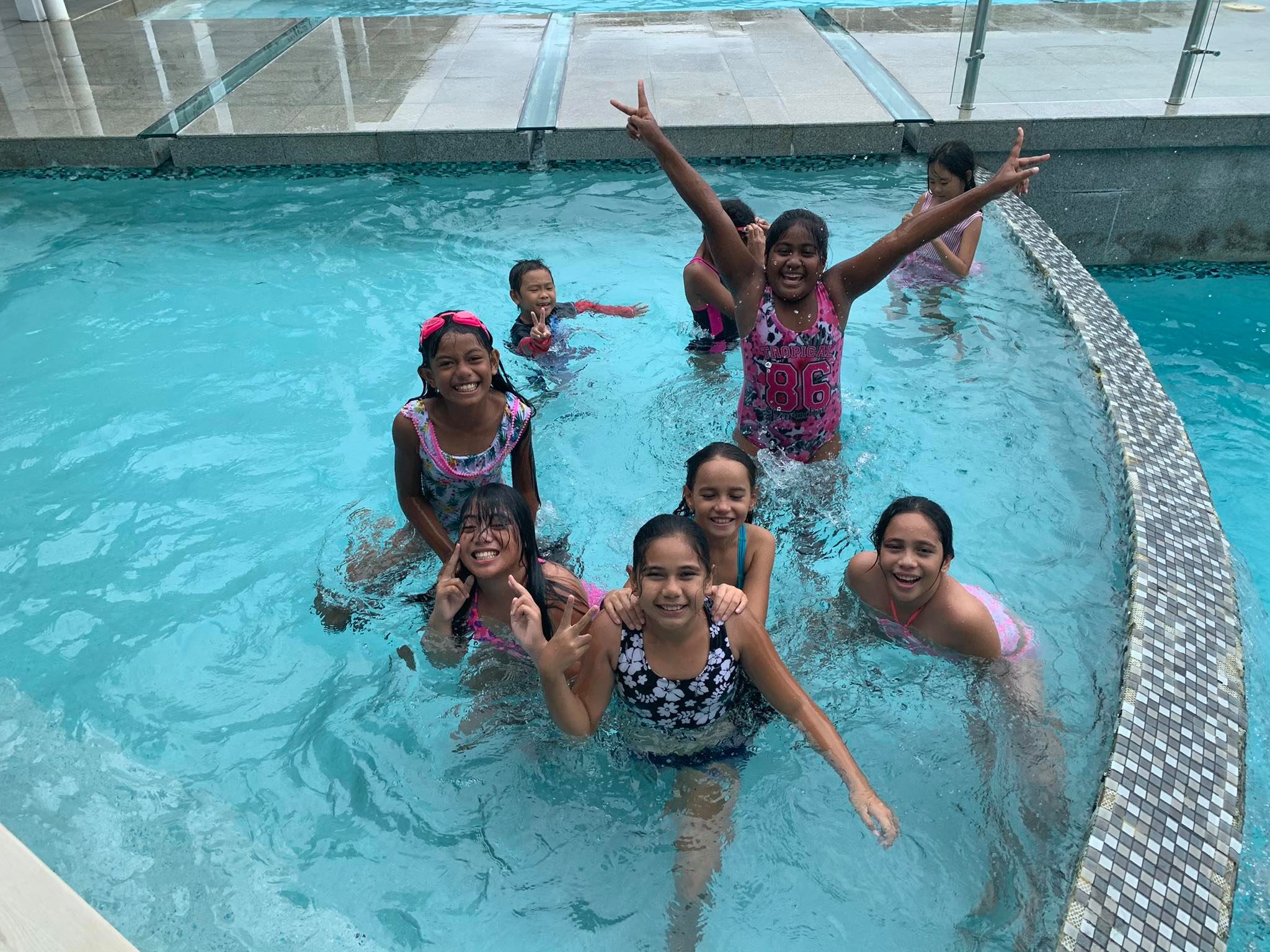 "The goal of this programme was for the participants to be prepared to take their improved netball skills to their respective clubs for the PFL National Netball League.

"However, there were some players without a club; therefore Netball Samoa registered Oriana teams in three divisions – U10, U12, and U14.  For 2020, Oriana was regarded as a feeder team for clubs in 2021."
The Oriana's biggest supporters are their families.

"Oriana was well supported by the parents and families with the coordinating of the players on game day, carpooling of players if needed and generally providing that positive presence both on and off the court to the players," Lome added.

She acknowledged the parents who helped them during training sessions and for helping out with the organizing of their prize-giving ceremony at Taumeasina Island Resort.

"Special acknowledgment to Justine Wilson- Ata, Sam Taua’aletoa, and Juliet Faamau for their helping hands and expertise with the training sessions. To cap off a successful League, parents organized a prize-giving ceremony to celebrate the efforts and accomplishments of each player, followed with a presentation of certificates, and everyone was treated to a pool party at Taumeasina Island Resort," she said.

The result of this program is even greater because parents and players have been motivated to set up their own clubs and get ready for next year's national netball league.

"The incredible outcome of this program has motivated parents and players from Oriana to continue this positive and inspiring fellowship with discussions for setting up their own club in preparation for the National Netball League in 2021."

Former All Blacks captain, Fa’alogo Tana Umaga, says the concept behind the historic Moana Pasifika team is one way to develop talents in Pacific countries like Samoa in a bid restore pride on the international standings.