Samoa
The turnout on Saturday to witness the launch of the training modules . (Photo: Orita Asi )
By Hyunsook Siutaia •   19 October 2020, 6:00PM

The Samoa Association of Sign Language Interpreters (S.A.S.L.I) launched a new initiative for sign language training on Saturday at the Edge Marina.

The launch was attended by members of the Samoa Deaf Association and members of S.A.S.L.I.

The secretary of S.A.S.L.I, Malama Parker, said that this was the first-ever official training module for formal sign language training to be launched in Samoa.

The workshop is supported by the Government of Australia through their direct aid program with about $10,000 donated to support the initiative.

"We’ll now be having sign language training programs facilitated by S.A.S.L.I. and the Deaf Association," she said

"The launch that we had [on Saturday] was to launch our training modules and our training which will start in two weeks time [and continue] right up to next year. 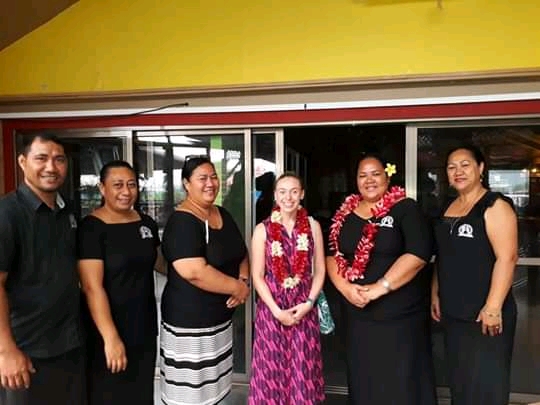 "We had [the opportunity] to launch because we’ve been supported by the Australian Government under their direct aid program and so this is the first time that we’ll be having an official sign language training."

Ms. Parker said that a proposal was submitted seeking support last year for the initiative because they wanted to boost the capacity of many teacher aides focusing on improving the learning opportunities of deaf students.

"We submitted our proposal last year because we needed support; we’re just a team of interpreters and [we have noticed] the increasing number of people who are interested in sign language," Ms. Parker added

"We wanted to build the capacity of our teacher aides and we have teacher aides in schools like Tenese and Loto Taumafai teaching deaf students."

The formal sign language training is open to anyone who is interested in learning and the first training, scheduled in two weeks’ time, will cater only to members of S.A.S.L.I.

"We’re prioritising our membership for the first training and then maybe next year we’ll have the others join in," Ms. Parker said,

"We’re also planning our own sign language training here at church as well which is good to have more of the young people involved."

The training module is jointly developed by S.A.S.L.I and the Samoa Deaf Association.