Michael Green, Q.C has been appointed a judge of the High Court in the United Kingdom. (Photo: AFP)

A member of the Samoan Bar and Queens Counsel, Michael Green, has been appointed a Justice of the United Kingdom’s High Court, two years after being elevated to Deputy High Court Judge.

Judge Green was involved in Samoa’s first case that resulted in the Supreme Court ordering the winding up of a company in 2019, between two brothers and their argument over their company Business Intelligence Investment Limited, which was incorporated here. 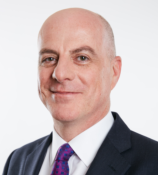 Justice Tafaoimalo Leilani Tuala-Warren presided and delivered her reserved decision on Friday 15 March 2019, ordering the company to be closed so that the two brothers can end a long-term stalemate over their issues.

The 55-year-old commercial lawyer was has been a lawyer for over 30 years and a Queens Counsel since 2009.

As well as Samoa, he has been called to the Bar in Cayman Islands, Trinidad and Tobago, British Virgin Islands and Uganda.

Justice Green was the Honorary Secretary of the Chancery Bar Association and was a member of the International Committee of the Bar Council.

The case he worked on here in Samoa was first heard in December 2018 and was wrapped up the following March.

The law firm Harneys, a global offshore law firm, described the judgement as a “great leap forward and development in Samoan law,” as it dealt with winding up companies for the first time.

“Guided by experienced Queen’s Counsel from both parties, the Samoan Court undertook a thorough and careful judicial exercise in considering and putting into effect the provisions of the International Companies Act 1988, making into reality a remedy that otherwise lay dormant in legislation,” senior associate Charles Wong wrote in March.

The International Volunteer Day was marked in Samoa with a photo exhibition and a webinar conference at the Sheraton Aggie Grey Hotel and Bungalows on Thursday.