A student from Anoamaa College walking on the new road. (Photo: Vaitogi A. Matafeo)

After more than ten years of waiting, Sauniatu residents welcomed a new inland road to their village as a blessing.

The Government commissioned the new 6.6 kilometre inland road on Friday. 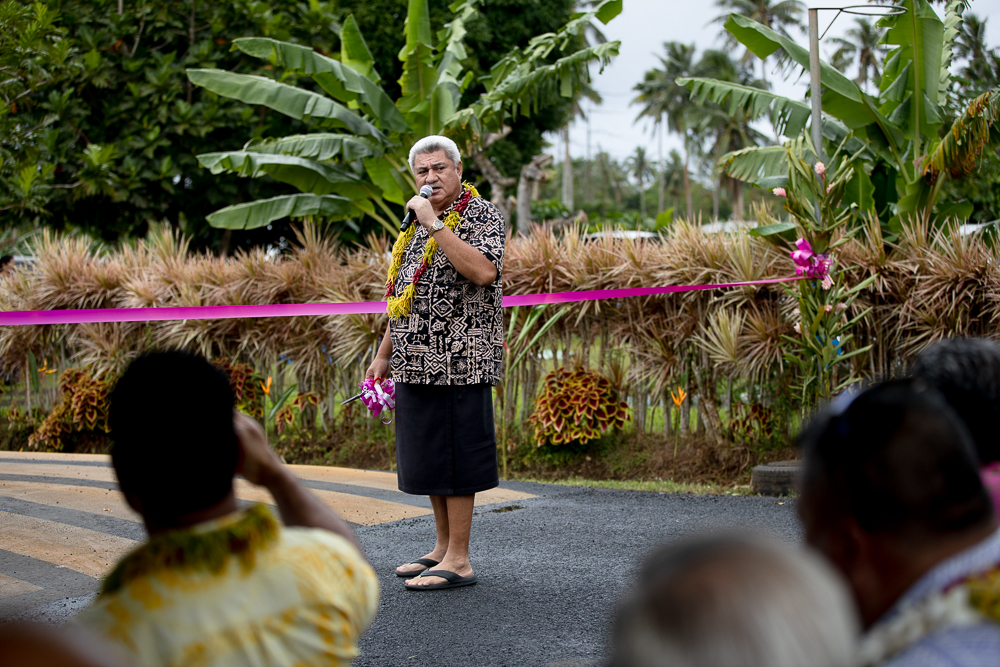 The event was marked with a small ceremony which was attended by the Prime Minister, Tuilaepa Dr. Sa'ilele Malielegaoi and several Cabinet and Associate Ministers.

The newly constructed road was built by Lucky Construction.

The infrastructure came at a total cost of just under $2.5 million. 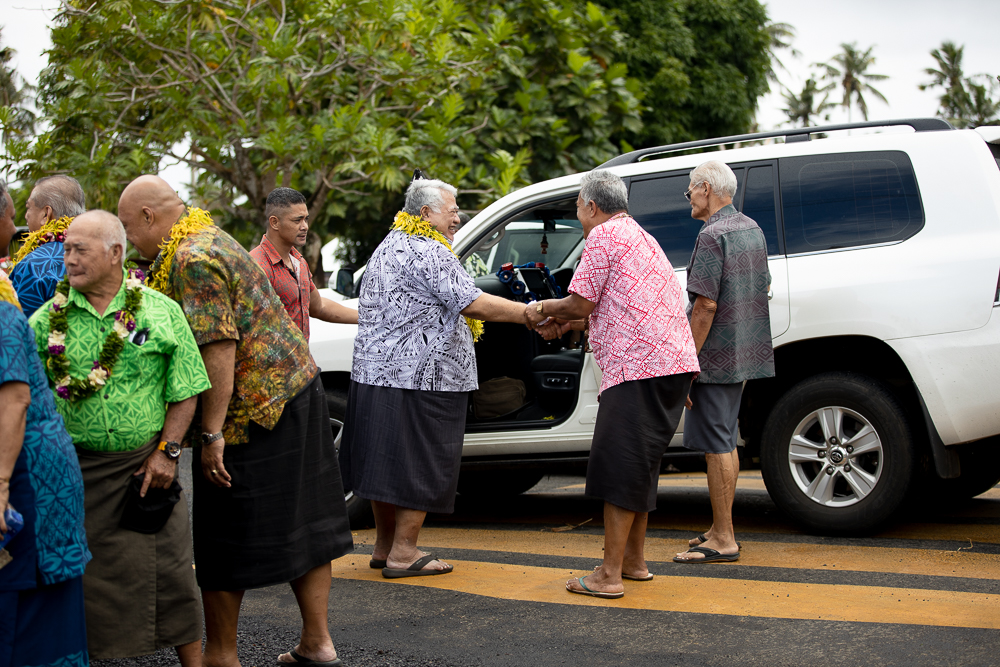 “It [new road] is a blessing that we have been waiting for so long.”

She added that the village’s residents have been requesting and praying that the Government answer their pleas for a new road.

“I think our previous road was one of the worst ones in Samoa,”  Ms. Aiono said.

“And because of that we faced a lot of challenges such as not having public transport; there was actually no bus that would want to come.

“I don’t blame them; we have had taxis that didn’t want to bring passengers up there because of the road.”

Ms. Aiono, who is also the Principal of Sauniatu Primary School, said that a lot of local car owners had their cars damaged by the road’s poor condition.

“It took more than half an hour to drive from the main road to our homes because it was full of puddles and potholes,” she said.

“It was really bad.

“Right now with the road fixed, the car owners are very grateful and happy and that’s how we feel too.”

The Principal explained that the road had improved accessibility for parents to attend school activities.

“Ever since the road was built, we have seen the increase of parents attending our parents’ teacher conference and student activities,” she said.

“With the old road, students had to wake up extra earlier in the morning to catch the bus because the distance of the bus to travel from their homes to the school took so long but now they get extra minutes of sleep.

“There are so many advantages I see now, so many people moving inland, working their farms because of better accessibility to the land and it’s not time consuming.”

“Since they fixed the road, we have seen the increase of tourists coming [to visit the waterfall] because it’s also free,” Ms. Aiono said.

“I would like to express my gratitude and heartfelt appreciation to the Government and to all the people that have sponsored this road project especially the contractor that worked hard at meeting deadlines.”

Tuilaepa said that the Government took a long view of infrastructure priorities and looked towards developing projects that will have a long-term benefit.

“The new road will benefit the children attending schools and also the villagers having easier access to homes and plantations,” the Prime Minister said.

Tuilaepa said deciding on the allocation of road projects to villages as not being easy.

“It is not easy trying to ration road projects after many Members of Parliament have submitted requests but we are still trying our best,” he said.

After touring the newly constructed road, he said it was similar to driving through town.

He thanked Lucky Construction; the Minister of Works, Transport and Infrastructure, Papali’i Niko Lee Hang and his committee, especially the Land Transport Authority for overseeing the project.