Marlo Stivers says he heart goes out street vendors and does her best to help where she can. (Photo: Aufai Areta Areta )
HS
By Hyunsook Siutaia, 18/10/2020

A good Samaritan who helped to transform the life of a young street vendor, who now harbours dreams of becoming a lawyer, wants to do more to help other street vendors.

From the United States of America, Marlo Stivers, had helped, Jay Semo, get off the streets and back in school.

Jay used to roam the streets and lived there before he met Ms. Stivers.

He is now living with a family at Sinamoga where he is cared for by another woman identified as Debbie.

In an interview with Jay last week, he said that Ms. Stivers was his good Samaritan that sponsored his needs and school.

Ms. Stivers has been in Samoa for a year now.

She is the President and founder of Smart Globe Networks which is a consortium of technologically advanced companies that serves the greater need to deploy Smart City Infrastructures in Europe, the USA, Africa, and Southeast Asia.

She has subsequently moved headquarters to Samoa to assist in deploying the first Smart City Infrastructure in the South Pacific Region. Samoa will remain the network's showcase as her local company South Pacific Broadband Co. Ltd. connects the world to the live shopping channel hosted at the Tiapapata location.

She told the Samoa Observer that where ever she is in the world, she would help the neediest.  She met Jay at a cafe at the ACC Building and had sponsored him since.

"Jay is a street kid; I’ve never seen him sell anything but I’ve always tried to help the other children as well but there’s a lot of other business owners that have helped him (Jay)," she said. 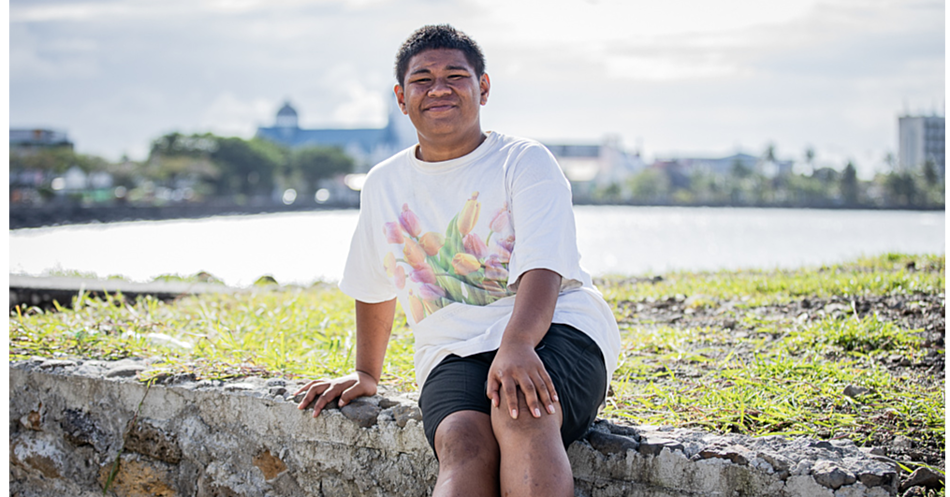 "What I’m finding since I became interested in Jay is that the money, I was giving to him wasn’t going to him, it was going to the family that was hosting him so I didn’t understand why he wasn’t in school and why he was always filthy, I couldn’t comprehend that."

Ms. Stivers said that Jay had become more of a beautiful story of hope in a crisis situation.

"When I found out that he was living on street at the clock and apparently there was video that was posted and everybody hated him but normally kids act out for other reasons and it’s not because they want attention," she said.

"When I found out that he was living at the clock the first time, I realized that we had to do something.

"I took him to Mama's the first time and got him clothes, and then I had my security guard wash him up and they looked at him with such filth and disgust and they asked what I was doing with this kid in my car."

She described that Jay looked like a normal child after he was rid of the filth and had on new clothes.

Jay moved around a lot before meeting Ms. Stivers.

According to Ms. Stivers a woman named Debbie took care of Jay even before she was ever involved with Jay.

"There was one woman took care of him (Jay) before I was ever involved, an her name is Debbie and so we agreed that I will sponsor Jay. Jay is currently staying with her and her family at Sinamoga," she said

"I’ll pay for taxis fares, board and get him back in school. He’s a smart kid, he deserves a good life and so Debbie agreed and she takes care of him like a mother."

Ms. Stivers added that Jay is no longer allowed on the streets and has everything he needs and she will continue to sponsor his as long as e does well in school.

"He’s not allowed on the street, he has a place where he can stay, he has his own room, they treat him like a child, he has restrictions and he has to go to school and as he continues to go to school and gets good grades, I will pay for his schooling until he graduates from law school. And so that is our deal," she added

Ms. Stivers told the Samoa Observer that she is also looking to helping all other street vendors around town once all is settled.

"Once we launch the system, we can then allocate funds to families in need and children who are close to the same situation as Jay."