Samoa
Some of the villagers of Apolima-uta will benefit from a new 1000 meters inland road commissioned on Wednesday. (Photo: Francis Faalili)

Students of the Aana Nu. 2 College as well as Apolima-uta villagers will benefit from a new 1000-meter inland road which was commissioned on Wednesday.

This was highlighted by Prime Minister, Tuilaepa Dr. Sa'ilele Malielegaoi during his keynote address at a small ceremony to open the new Government-funded infrastructure.

Tuilaepa said that the newly constructed road was built by Webster Works at a total cost of $846,411.50 after winning the bid when it went through the tender process.

“These are continuing works by the Government with the aim of providing better roads for transportation for each village,” he added.

The Prime Minister also explained that the winning contractors will showcase the quality of their works, because if it is not properly done then these companies will no longer be chosen for future projects.

He also mentioned that there are companies that are no longer contracted for projects.

Tuilaepa emphasised the importance of having good quality roads for transportation, especially for transport connected to the needs of hospitals, schools and even plantations.

“Out of 50 constituencies, it is comprised of many villages with roads, so we are trying to ration each constituency with a [road] project.”

He added that if a term in office for an M.P. came to an end and the constituency missed out, the Lord will provide but rest assured, what hasn’t been done this year will be done another year. 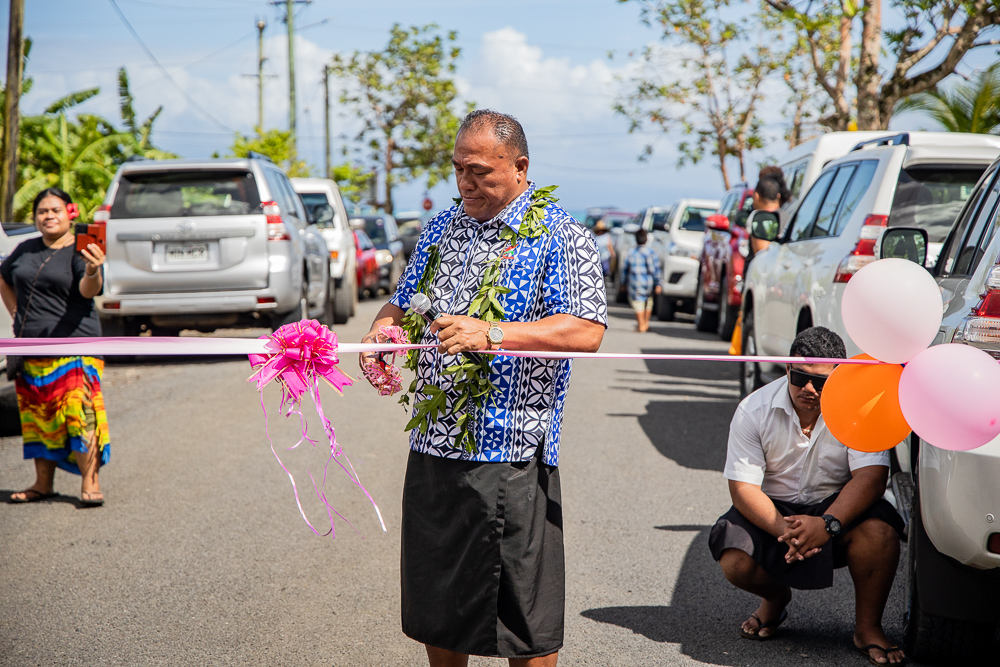 Prime Minister Tuilaepa also referenced one of the developed countries in the world, America, saying that even they cannot complete work in just one year.

Despite the COVID-19 global pandemic, it does not stop Government's ongoing works that have been in the pipeline, he added.

“Better quality roads will benefit the daily lives of our people and it will raise the economic level for the land and sea.

“This is why the Human Rights Protection Party’s term in office is different from other previous parties, because we do not look at a short distance of time but further into the future.

“We need to think about not only the present generation but also those in the future.”

Furthermore, Tuilaepa stressed that this is why Cabinet Ministers are working like untitled men like himself, to go out and see what are the much needed works that need to be done.

“This road will serve to be of good use for the students and also for villagers accessing their plantations and cattle farms.

“If one child is good in school, then [he or she] can contribute to the economy.”