For five weeks, Vaiusu residents have been working hard to clean the mangroves area. (Photo: Aufai A. Areta)

Vaiusu residents have begun to clear a patch of their coastline for a mangrove replanting project in a bid to mitigate the effects of climate change long-term.

The three-year project will also assist families who live on the coastline and depend on the sea for their livelihood.

Vaiusu Village Mayor, Ulugia Ierome Mulumulu, told the Samoa Observer that his village has always wanted to protect the mangroves due to the significant role it plays in sustaining the livelihood of most village families. 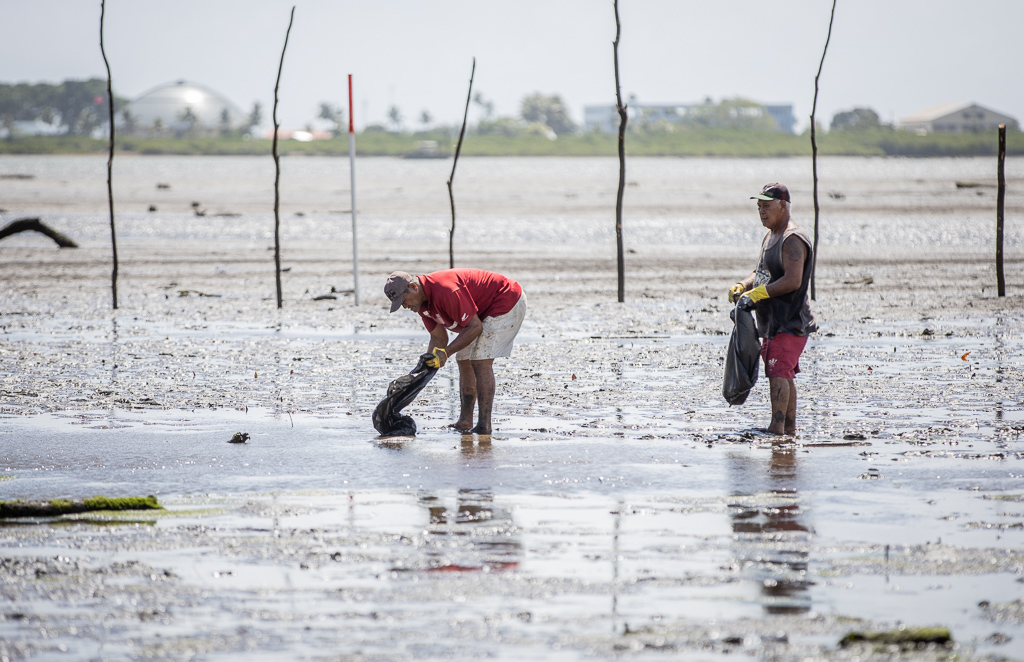 “Our irresponsible actions show that we are being inconsiderate towards the environment and with that inconsideration comes climate change and we don’t want that,” he said.

“By doing this we’re hopeful that we would be able to respond effectively to changes of the climate, and also change the way people live here at Vaiusu with regards to the way they treat the mangroves and so forth.

“Majority of families also rely heavily on the fish to put food on the table for their families and so by doing that, we have to provide a healthy environment and a home for the small fish to grow in.”

About four acres of land has been earmarked on the coastline for the mangrove replanting project.

However, it is not the first time for mangroves to be replanted in Vaiusu, as it has been done before hence the determination by the villagers to get it off the ground. 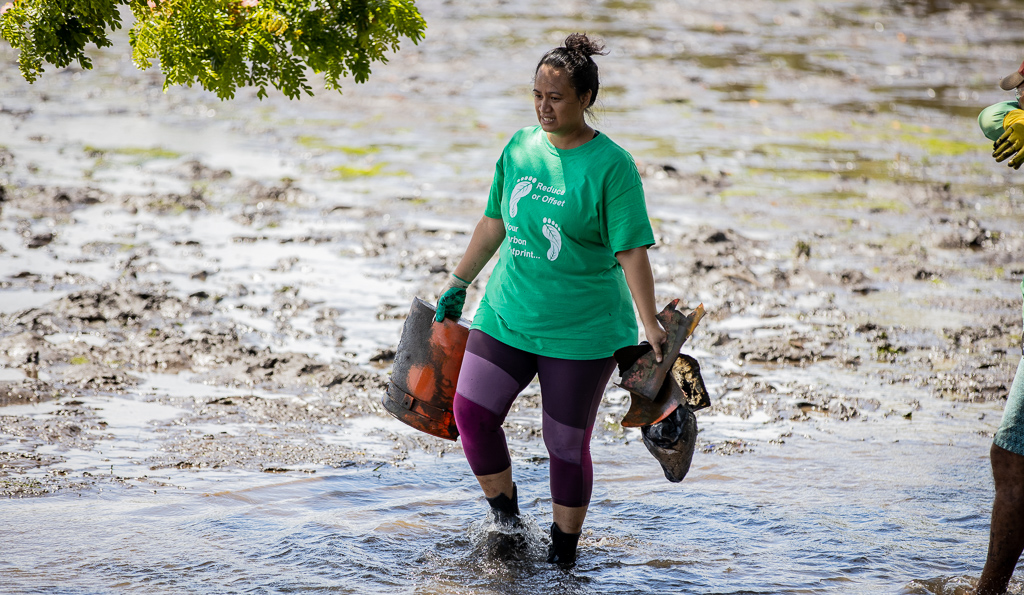 Most of the rubbish that was collected as part of the cleaning the coastline program include abandoned vehicle tyres, television sets and assorted used plastic products.

According to Ulugia, he has also seen bulky items such as a refrigerator getting discarded by villagers, which is a disincentive to their overall efforts to make the village appealing to the tourists.

Vaiusu is one of the communities under the Samoa Civil Society Support Programme – Pilot Programme Climate Resilience: enhancing Community Resilience Project of the Government of Samoa. 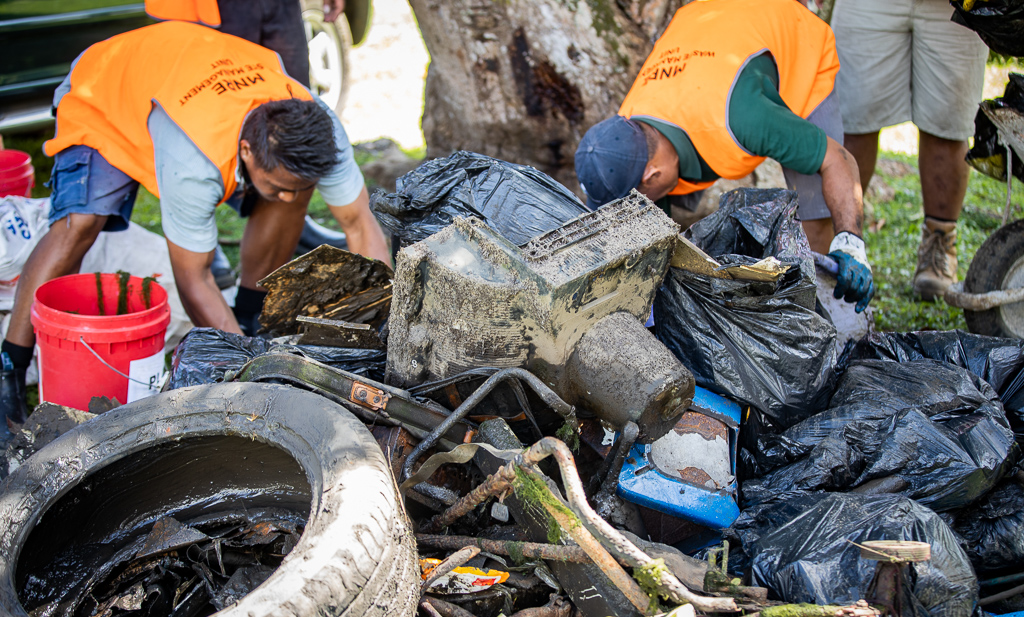 The project aims to provide support to villages to reduce the impact of climate change on their surrounding environment and lives. Its objectives are to carry out mangrove replanting, coastal clean-up and demarcation of a mangrove conservation area with a mangrove ecosystem.

The timeframe for the project’s implementation is from 14 September to 17 October this year.

The Ministry of Natural Resources and Environment [M.N.R.E.] Principal Waste Management Officer, Aliimuamua Setoa Apo, said the waste that is collected will always impact the environment.

“We expected to collect plastic papers and stuff like that today but no majority are appliances like television, toasters and car tyres,” he said. 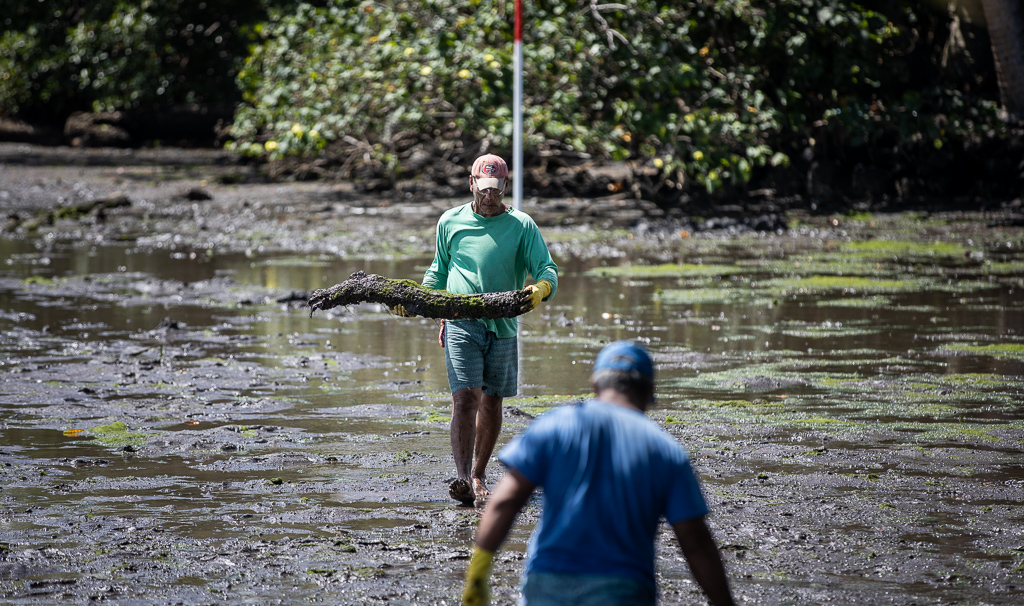 “These rubbish have huge impacts on the environment, especially to our natural coastal shores which like Vaiusu, they are trying to replant and regrow their mangroves today.

“Usually, these rubbish affects our fishes and our health especially if they’re items that do not decompose, they have heavy poisoning from what they’re made of.”

The M.N.R.E. Waste Management Division will later look at the waste that is collected during the clean-up, before conducting its own investigation on why people continue to litter and what can be done to prevent such behaviour in the future.