A young Samoan superstar, whose stage name bears the country calling code for Samoa – Jawsh 685 — has hit No. 1 on the Billboard Charts Hot 100 with his popular track “Savage Love (Laxed – Siren Beat).”

It is his first No. 1 song on the Billboard Hot 100 according to a Billboard article dated 12 October.

The 17-year-old‘s duet with Jason Derulo and assisted by BTS has also topped the Billboard Global 200 chart this week. 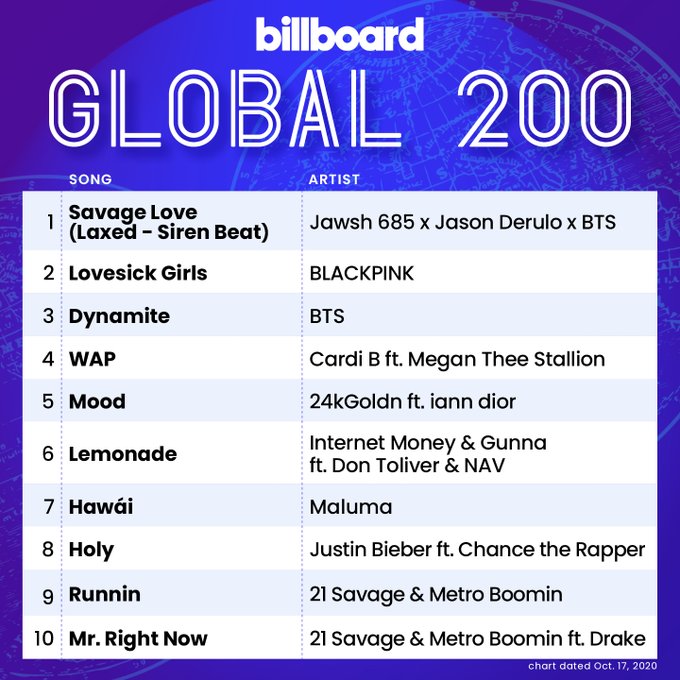 The viral hit has taken him all over the world by way of the Culture Dance TikTok Challenge, Billboard reports.

“Number 1 in the U.S.! To start I want to thank God for the blessing and opportunity to make this happen for me, Jason Derulo, BTS. Also [I]Want to thank my team Columbia Records for the support and faith they’ve had in my work,” he wrote.

“Thank you to my management Page 1 Management for the endless effort and support always! Thank you to my familis and usos yo! I aint none without them and a big fat thank you to all my supporters worldwide! Much alofas, keep it stylaahhhh. 100!”