The Prime Minister was part of an official groundbreaking ceremony at the facility Tuesday morning.

The new initiative is designed to work on projects to ensure food security for Samoa in the face of threats to the national food supply, ranging from pandemics such as COVID-19, plant diseases and natural disasters, the Prime Minister said.

Tuilaepa thanked S.R.O.S. for their hard work. The scientific investigation of the Government research and development arm made the factory possible, Tuilaepa said.

A variety of products have been developed by the scientists but are awaiting completion at the processing plant in Vailima where they will be mass-produced for sale and export.

“[We need to] respond to pandemics, deadly diseases and plant blights that affect the world and to prevent famine for natural disasters when we are facing times that food cannot be imported and employment is not available,” he said. 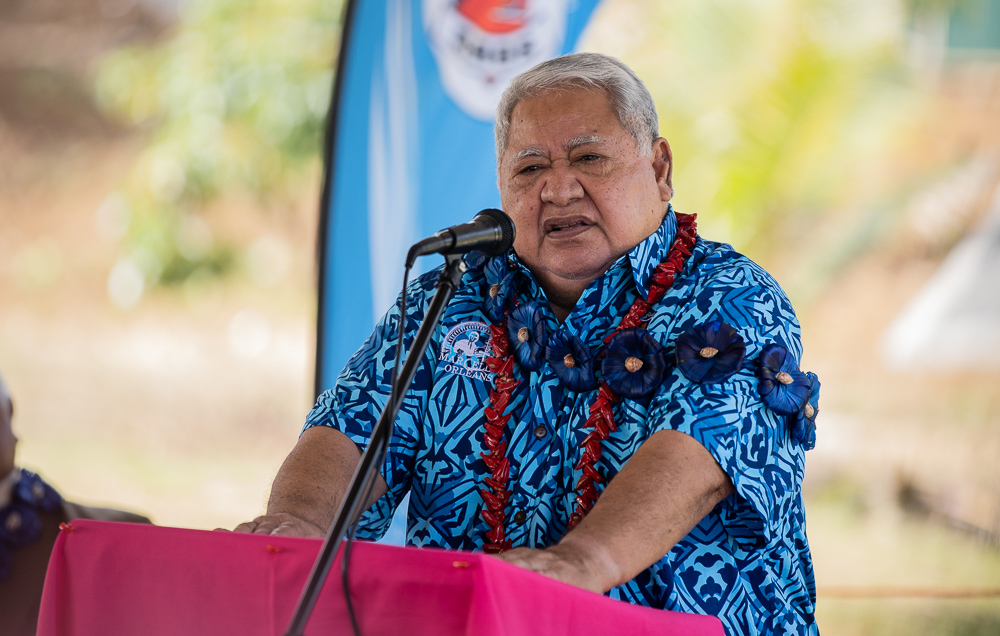 “Especially if it affects the whole world. In this building, products will be made from plants that are homegrown in our own country. They are new products, quality products made from locally grown plants.”

Value-added products produced at the facility will range from taro-based ethanol hand sanitiser, to taro whiskey and jars and cans of non-perishables such as gluten-free flour processed from breadfruit.

“This is great development because it provides another revenue stream for our planters and farmers,” said Tuilaepa.

“It provides a great opportunity…I encourage Samoa to work the land, to use the vast land and plantations within villages.”

When the global COVID-19 pandemic hit, the Government began to turn its attention to securing the nation’s food supply, the Prime Minister said.

“This factory will create many products to answer those plans. If our food supply that is imported cannot come in, this will decrease our dependence on imported foods,” Tuilaepa said.

S.R.O.S. scientists will work hard to create a variety of new products with the Government’s support.

“We don’t know if there is another pandemic forming that would result in the closure of land and ocean travels …if it happens we can produce our own food for Samoa especially vegetables and other foods for which we depend upon from foreign countries,” he said. 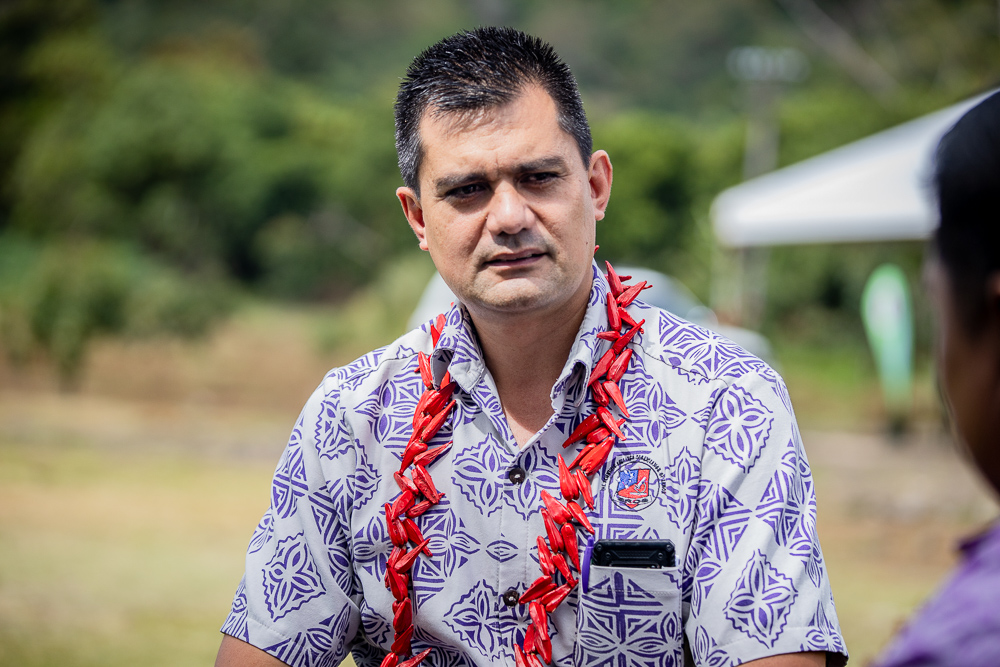 The organisation was allocated $2.5 million in the Government’s second supplementary budget and stimulus package for 2019-2020 in response to the impact of coronavirus.

The Prime Minister thanked S.R.O.S. Chief Executive Officer Joseph Tauati Seuseu for their work on helping the country move away from its dependency on imported food.

“It has been a long dream of the government to have the factory up and running. This is a dream come true,” said Tuilaepa.

He said Samoa is blessed with land and must use it wisely, saying that to do so was the nation’s duty to fulfil the will of God.

The Prime Minister was joined by S.R.O.S. Minister Lopaoo Natanielu Mua, Methodist Rev. Faauuga Logovae, Board of Directors Chairman Sulamanaia Montini Ott and Fonoti Likisone Leilua of All Electrical to turn the soil for the groundbreaking.

The building project will be carried out by All Electrical.

Lopaoo led the turning of the soil, calling it “a very important development for the government.”

Seuseu told the media the project has been more than 10 years in the making and expressed pride in seeing the project realised.

The building will be multi-purpose and the funding for the project will be used to construct the factory and purchase machines from Australia, New Zealand, Germany, France and the United States.

Profit from the factory will be returned to farmers, the Government said. Farmers who wish to sell their produce to S.R.O.S. must register, said Seuseu.

All products will be produced by S.R.O.S. staff.

The building is scheduled to be completed in March 2021.

* This article has been updated to reflect the fact that the cost of the S.R.O.S. factory is $1.15 million, which was taken from a broader $2.5 million supplementary budget allocation to the organisation.