A Hilux truck and a Honda van collided on the main road at Fasitoo Uta on Friday morning claiming one life. (Photo: Francis Faalili)

Three young children will not be spending White Sunday with their father, after he died from injuries sustained in a two-vehicle collision at Fasitoo Uta on Friday morning.

Witnesses who were present at the scene after the collision happened about 1am said a loud bang drew those in the vicinity to the scene of the smash where they found a white Hilux truck and a Honda van in ruins.

The Hilux truck was carrying a passenger and a driver while the van had only its driver.

The Samoa Observer understands that the father-of-three who has passed away was behind the wheel of the pickup truck. 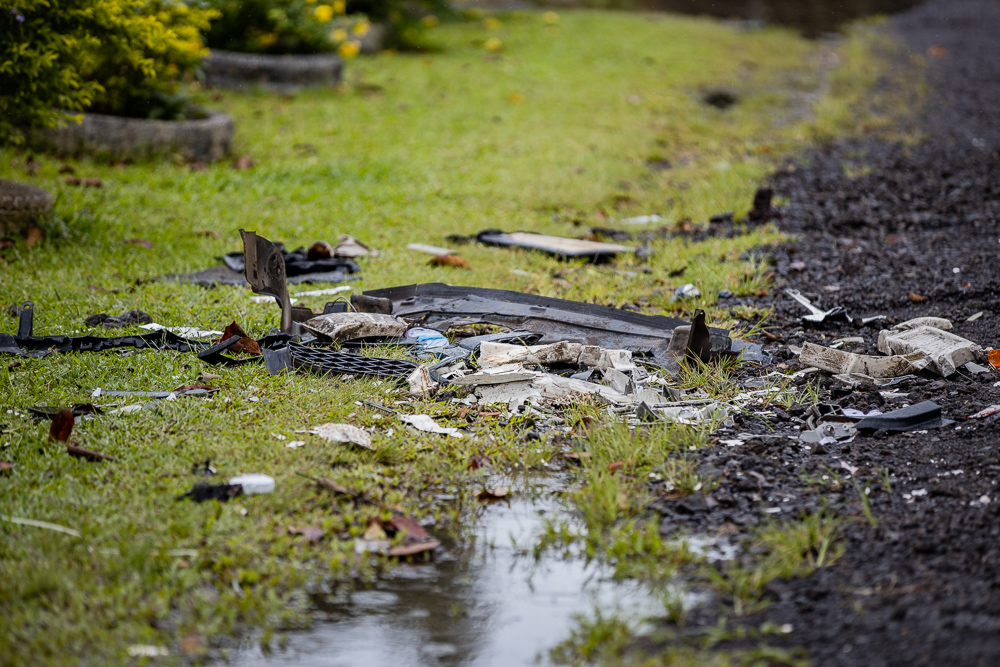 Speaking to the Samoa Observer on Friday afternoon, Seve Sailusi and son S.J., whose home faces the crash site said cracked bottles and other debris were found at the scene of the crash.

According to Seve, the driver of the van was severely injured and the first to be taken to the hospital after sustaining severe injuries to his legs.

"The first car that pulled over at the incident asking if help is needed took the van driver to the hospital, most probably at the Leulumoega hospital; they went that way," Seve said.

The driver of the Hilux truck was losing consciousness after being lifted out of the vehicle and laid on the shop concrete as he awaited an ambulance.

Meanwhile, the witnesses said the passenger of the truck seemed oblivious to what had just occurred.

"He just sat for a bit next to the crashed cars and then continued walking," said Seve who said both men were from Faleasi'u.

"The pickup driver did not die here, when the ambulance took him he had just lifted his head, opened his eyes as if trying to grasp the situation and then passed out.

"We're not very sure where the vehicles came from exactly and how the incident came to happen but we know the Hilux driver was taken into the ambulance alive."

It was not possible to get a comment from the Police Commissioner on Friday as of press time.

On Friday evening, the Samoa Police Services issued a reminder for motorists to refrain from drinking and driving, saying "don't drink and drive; don't let cheers turn into tears."

The Police also urged parents to keep a close watch on their children while out for White Sunday shopping or for fun activities around the coastal areas.

"During this long weekend period, please be reminded to be vigilant and be extra cautious at all times."