A performance by the Tongan students of the University of the South Pacific (U.S.P) Alafua Campus. (Photo: Francis Faalili)

The University of the South Pacific (U.S.P) Alafua Campus concluded its Online Open Week with traditional dance performances from the Vanuatu, Samoan, and Tongan students of the University.

The event on Friday night was attended by staff and students of the U.S.P Alafua Campus.

U.S.P held a Blended Open Week from the 5th to the 9th of October with the theme “Shaping pacific Futures” and various activities were held throughout the Online Open week such as a series of debates, a netball competition, and the Open Week Concluded with traditional dances from the students of the University on Friday night.

The Acting Campus Director of the U.S.P Alafua Campus, Dr. Joeli Veitayaki told the Samoa Observer in an interview on Friday that he is happy about the University’s Online Open Week. 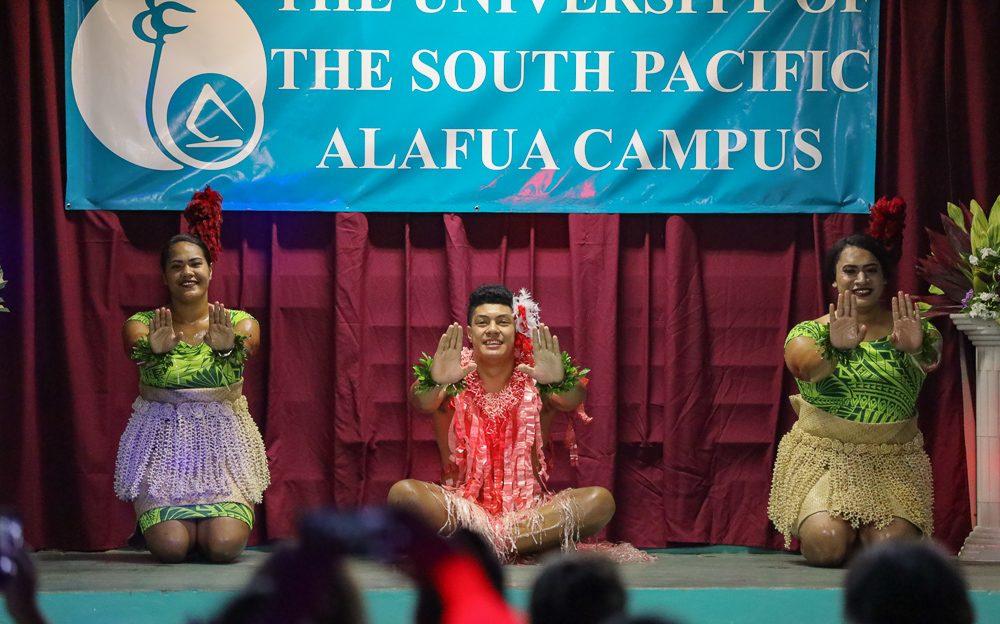 “We are very happy with the outcome, the response has been quite amazing,” he said.

According to Dr. Veitayaki the display showed a fascinating part of the culture of the campus where students from different parts of the Pacific perform their traditional dance, which he explains is something very special for the Pacific.

When asked if the University will continue to host an “Online Open Week” in the future he explained that assessments will be done to find out what went well and whether improvements are needed in certain areas.