Members of the public flocked the various money transfer operations in town on Friday to withdraw remittances from families overseas for White Sunday shopping.

The Samoa Observer paid a visit to the Western Union Money Transfer branch at Matautu and saw that there was a long line of people queued from inside the Western Union office to the entrance of the Island Love store.

Aunese Asiasi from Lufilufi told the Samoa Observer that he had been in line before nine and that even past ten he was still in line.

"I’ve been standing in line for a while now. I’ve been here way before nine and now it’s almost past ten. The service here is a bit slow by the way," Aunese added

He added that he was there to withdraw money sent from his brother in Australia to help out with his children's preparations for White Sunday.

"My brother in Australia has sent money for our White Sunday preparations which will be used to buy my kid’s clothes for White Sunday and for our Sunday feast," he said 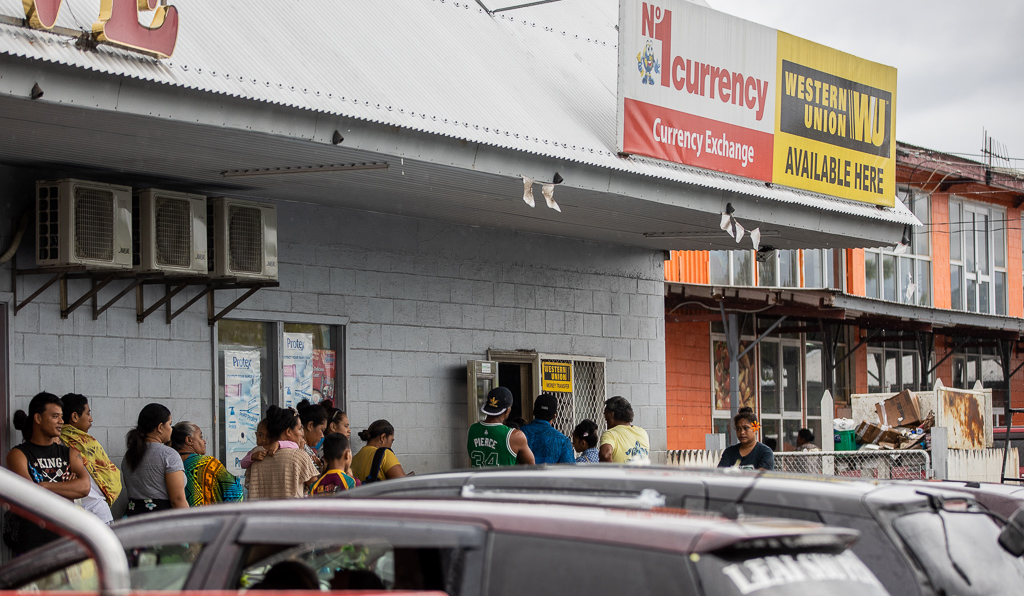 "I have two children and by the looks of it, the money sent from my brother will all be used to buy their Sunday best and accessories with none left to buy ice-cream.

"I think the most important thing is buying my kid’s clothes because they can wear it again on every other Sunday and then lastly is the shopping for the usual White Sunday toonai to treat the kids."

Rosa Savali, a mother of two from Lalovaea who was also standing in line also said that a family member had sent her money for White Sunday.
"One of my relatives in Australia sent me money to help with my two children’s White Sunday shopping hence why I’m standing in line. It all about the kids this weekend," she added