TJ Ioane takes a photo with fans after Rugby World Cup 2019 in Japan (Photo: The Scotman)

Veteran Manu Samoa flanker, TJ Ioane, is heading to the Glasgow Warriors for a season.

The hard-hitting Samoan international has signed a contract that will see him move from Premiership club London Irish to Glasgow.

"He is a physical ball carrier who brings a huge amount of experience from his time in the Premiership and on the international stage," he added.

TJ Ioane played for Samoa against Scotland in the Rugby World Cup 2019 where Samoa lost, 34 -0.

Born in Samoa, Ioane started his professional rugby in New Zealand where he was an integral part of Otago rugby.

"I’m grateful for the opportunity to join Glasgow Warriors and I’m really looking forward to working with this good group of boys," says TJ Ioane. 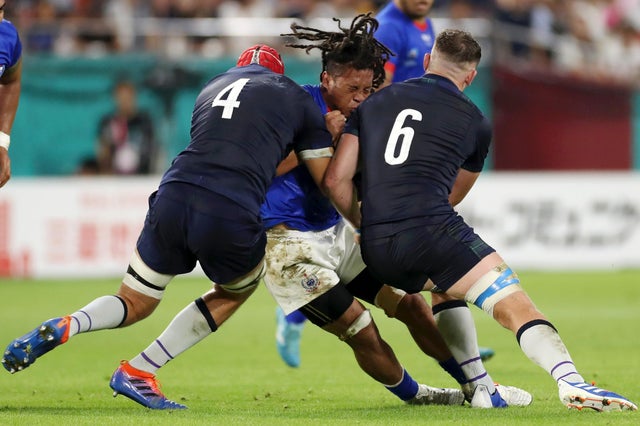 "Glasgow is an ambitious club, and everyone is very driven here. I’m excited to get the chance to play some footy for a club like Glasgow and I just want to help the team get the results I know we can achieve," he added.

He moved to England and joined Sale Sharks in 2015 where he played for the Rugby World Cup but did not feature against Scotland. Coach Wilson however, says that having Ioane on the Glasgow Warriors is an asset for their team.

“He can play across the back row and will be a real asset to us as we look to overcome the recent disruption to our back row stock and the upcoming international windows," he said.