Samoa was among 10 Pacific island countries, as well as regional universities and organisations, gathered in Nadi recently to attend a regional training course on designing and implementing mutually agreed terms and contracts for access and benefit-sharing (A.B.S.) for Pacific genetic resources.

The course is hosted jointly by the Secretariat of the Pacific Regional Environment Programme (S.P.R.E.P.), the A.B.S. Capacity Development Initiative, the Fridtjof Nansen Institute, and the University of New South Wales.

Participants learnt about the specific issues which need to be covered in A.B.S. agreements between those who wish to utilise genetic resources and those who control access to, or own, these resources.

Dr. Andreas Drews, Manager of the A.B.S. Capacity Development Initiative stated, “The Initiative focuses on assisting countries in establishing functional ABS agreements between providers and users of genetic resources. In the Pacific these countries are Cook Islands, Fiji, Samoa, Palau and Vanuatu, which need to design and implement their required regulatory frameworks.”

The A.B.S. Capacity Development Initiative is multi-donor funded and implemented by GIZ, the German development agency.

The Pacific islands region covers approximately 30 million square kilometres and has the highest concentration of marine diversity in the world as well as unique terrestrial biodiversity.

The region has seen an exponential rise in interest to access genetic resources for both academic and commercial research in the past two decades.

As interest in these precious genetic resources and associated traditional knowledge surrounding them continues to increase, Pacific island countries have identified the need to implement strong legal frameworks to regulate access to these national assets.

Under both existing and prospective A.B.S. frameworks within the region, it is the goal of each nation to ensure equitable benefits are provided in exchange for access to local genetic resources and knowledge.

In order to facilitate these objectives, participants at this week’s training course are scheduled to discuss topics such as benefit-sharing clauses, intellectual property rights, third-party transfers, and matters of dispute resolution.

Upon completion of the workshop, participants will be able to return home with the capacity to advise their governments and national stakeholders  on measures needed to ensure that national genetic resources are accessed equitably and in compliance with national law.

SPREP and the ABS Initiative are grateful to all financial donors whose contributions have made this important training course possible.

The Samoa Airways' domestic flights between the two main islands was launched in Maota Salelologa, an opening event into the Cabinet Development Committee's inspection of Government-funded projects on Savai’i. 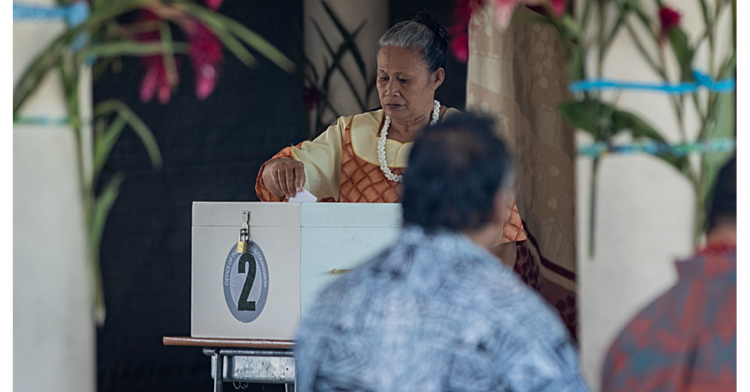