Motorists have been urged to avoid the Taufusi area during the White Sunday long-weekend as work continues on upgrading electricity lines and underground drainage systems.

A joint project by the Electric Power Corporation [E.P.C.] and the Samoa Water Authority [S.W.A.] to upgrade electricity lines and underground water drainage systems has been holding up traffic in the area in recent weeks.

However, work on the project is expected to continue with the E.P.C. management advising the public in a post on their Facebook page on Thursday that motorists should avoid the area over the long-weekend.

Private contractors Ott Construction and King Construction are carrying out the work and are working alongside E.P.C. and S.W.A. employees.

Asiata Tavui, who is overseeing the project on behalf of the E.P.C., also advised the public of power shutdowns and asked for the public’s patience when experiencing unavoidable delays due to the upgrades.

He said caution must be exercised at all times to ensure the safety of workers and members of the public as the work involves very high voltage power supply. 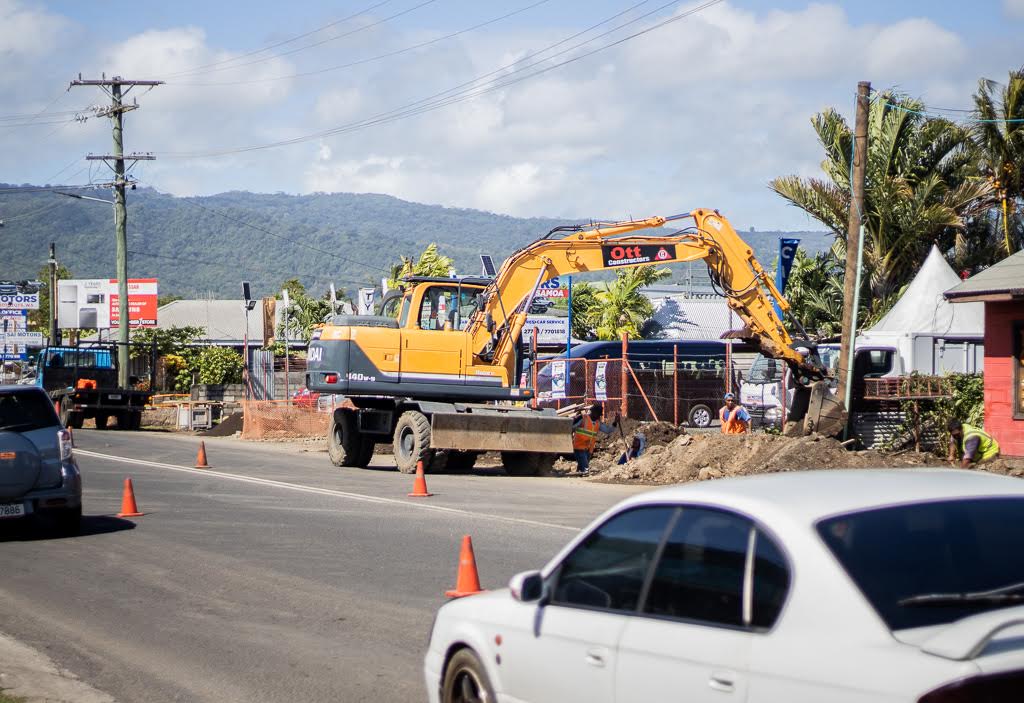 He added that workers are currently excavating the water drainage system and making improvements to underground electricity cables and utility poles. Replacing the utility poles is part of the project.

The work in the Taufusi area has been described as dangerous and the E.P.C. says public safety is of utmost importance.

Power to the area was cut several times last week and the E.P.C. has asked the public to be patient as the necessary upgrades are made.

The E.P.C. emphasised in their social media post that they are trying to minimise the power shutdown as improvements are being carried out.

Asiata advised that residents and businesses in the area should take note of the power shutdown to avoid their electrical machines getting short-circuited.

It is not clear when the project will be completed.