Maluafou College hosted a science awareness programme on Wednesday morning to boost the student's morale as part of their preparations for the national exams.

Maluafou College’s Biology teacher, Nicki Perese, told the Samoa Observer that the first part of the programme on Wednesday is an awareness programme where guest speakers talk about their experiences of teaching and learning science.

“The second part is this is the final project of the Year 12 and 13 recommended by M.E.S.C. so we have compulsory components of our Internal Assessments, so the last part is their presentations," Ms. Perese said.

"So Year 12 they are working on designing a model and Year 13 is based on a research project." 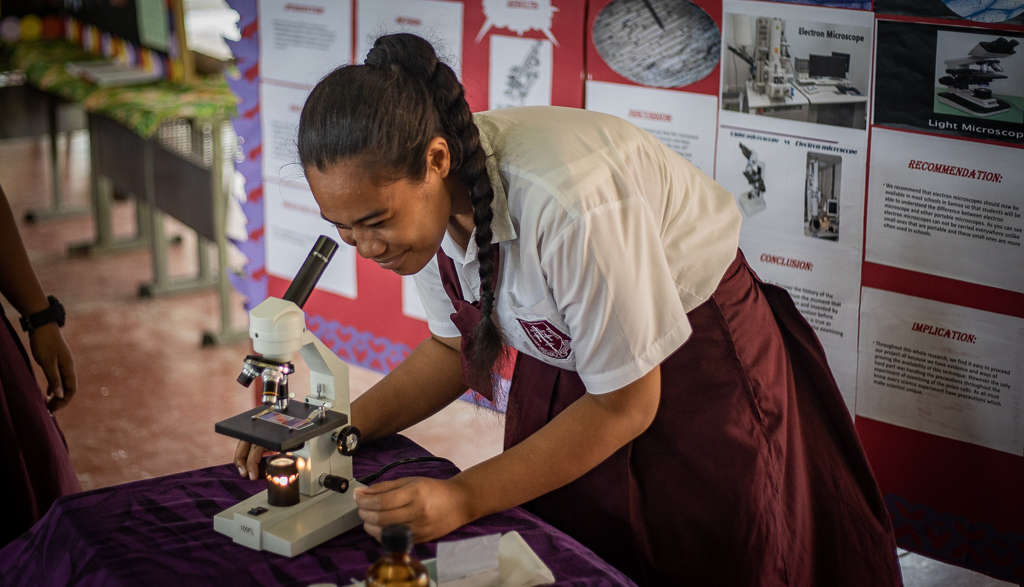 The final event of the day would be the prize-giving ceremony.

When asked if the school has anything similar planned for next year, she explained that if there is no lockdown next year there could be inter-school competitions.

Year 13 Science students Fagafou Pelesasa and Hinemoa Kalolo presented a project about coral reefs and Ms. Pelesasa explained that their project is about protecting the biodiversity of coral reef ecosystems.

When asked about how Samoa can protect coral reefs, she said that we should protect them by not using chemical pesticides and fertilisers and stop overfishing and stopping using coral mining.