Staff members at all S.S.A.B. branches wore pink last Friday in their continued support of efforts to promote cancer awareness.

This is the seventh year that S.S.A.B. has supported S.C.S. 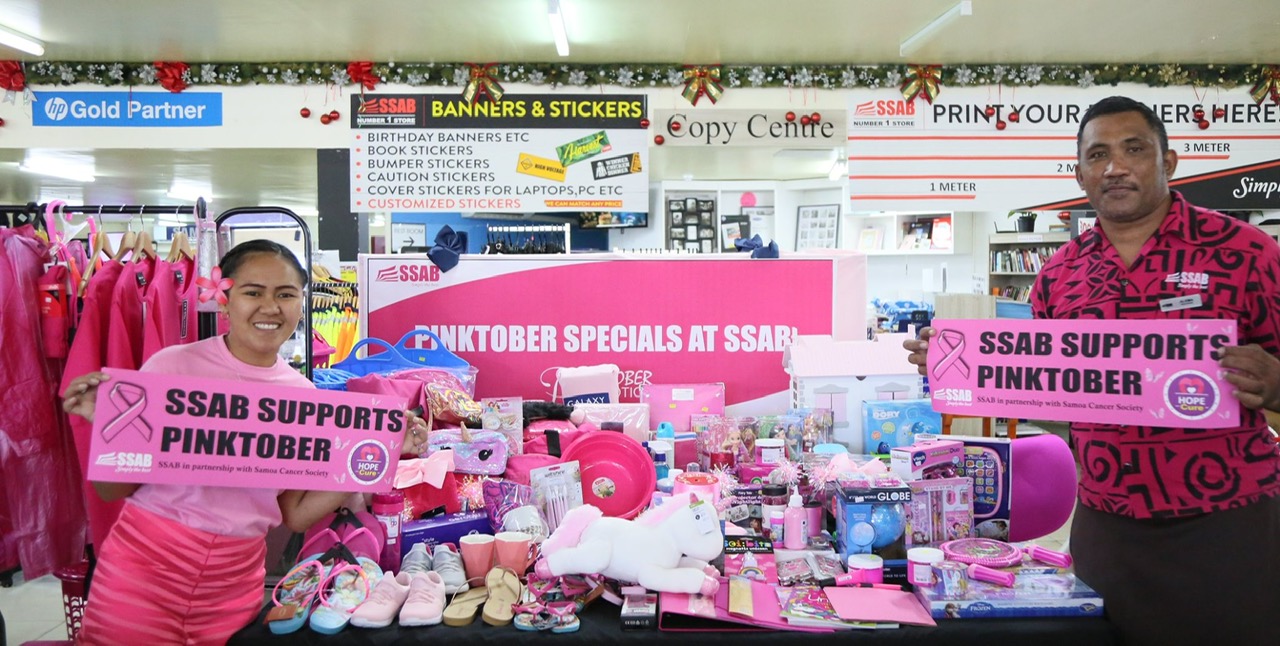 The S.S.A.B. megastore in Togafu’afu’a has a designated area for pink items which are on display and offered at special prices.

According to the company’s Marketing Manager, Asomua Asia Stanley, five per cent of sales received from the selected products will be donated to S.C.S. at the end of the campaign.

S.S.A.B. has also acknowledged the society’s contribution to cancer patients and awareness campaigns throughout the year.

The C.E.O. of the Samoa Cancer Society, Su'a John Ryan, previously told this newspaper that they will be hosting events throughout Pinktober in order to raise awareness about the dangers of breast cancer.

To date, there are a total of 49 cancer patients currently supported by Samoa Cancer Society.

Nine patients had their cancer detected in the earlier stages of the disease, the C.E.O. said. There are nine cases between the ages of 20-40 while 22 cases are between 40-80 years of age.

He also appealed to the public to wear pink throughout the month of October to show support and raise awareness of breast cancer.