Two experts in public sector contracting have described a plan to have prisoners build the $800,000 Vaiaata prison in Savai'i without involving a private company or tender process as highly unusual.

Tuatagaloa, a former Government Board chief, says the project should have followed the tender process as policy says anything $500,000 needs to go through the Tender Board.

“It should have gone that way, but obviously, you don’t hear the Treasury complain about it but that’s the Treasury regulation,” he said.

Tuatagaloa is also a former General Manager of the Development Bank of Samoa.

The Minister of Police and Prisons, Tialavea Tionisio Hunt, denied that any private company was involved in the $800,000 project and that it will instead be built by inmates.

Tuatagaloa, who was also the former Chairman Samoa Life Assurance Corporation (S.L.A.C.) Board described the move as “stupid” saying, “they cannot do something like that, there is a policy in place.”

“What they should have done is at least submit the plan or something of the project and put down their qualifications and who is qualified to build that [prison] and whether they would be able to meet the building standards required,” he said.

He added that the project has many unanswered questions.

“To simply say it would save money is stupid. Because you don’t, in the long run, you don’t save any money,” said Tuatagaloa.

“At the end of it, if it is not built properly and up to standards, they will have to demolish and do it again. Who do they blame?”

Tuatagaloa said such arrangements do not exist in the “proper corporate world.”

Tuatagaloa, was moved from the S.I.F.A. Board of Directors to S.L.A.C. in March this year. But he said his contract, which was scheduled to end in October, was ended prematurely on 15 September this year. He also runs a commercial fishing business.

The facility expected to house 100 inmates is currently being built by “certified” prisoners, the Minister of Police and Prisons, Tialavea Tionisio Hunt said as he confirmed that there was no need for a tender when the prisoners are experienced enough to carry out the project. 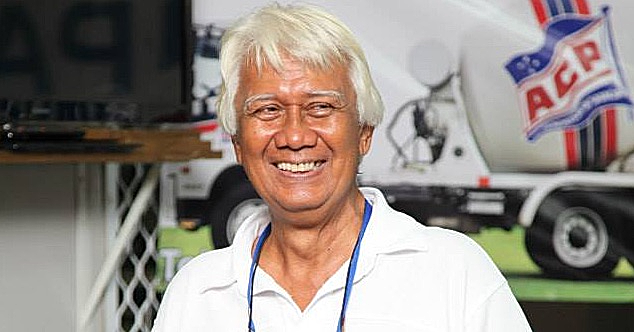 Tuatagaloa’s views were echoed by an overseas expert who said the Vaiaata prison project is a “highly unusual business practice”, especially for a government whose threshold for competitive bids is $500,000.

Professor Ralph Adler, who is the Director of the Otago Centre for Organisational Performance Measurement and Management (C.O.P.M.M.), said in the absence of governance and accounting controls which would normally be exercised during a large building project, the business risk for the project is higher than it needs to be.

“As a result, when you ask the question: ‘Is it normal to have an entity spending $800,000?’ The answer is no. In fact, it is not even normal for the Samoan Government, seeing as they have a $500,000 threshold,” Professor Adler said. 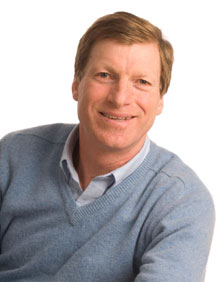 Professor Adler raised three significant issues, adding that he particularly finds the nature of the proposal concerning, as well as the usage of prisoners in the project.

“I would be concerned that there might be issues related to future prison security. Could, for example, some of the prisoners building the new prison purposely compromise security aspects?,” said Professor Adler.

“Just as a software engineer might build a hidden code into a piece of software, could the prisons acting as builders and tradesmen build certain security weaknesses into the new prison for the purpose of being able to profit in the future by supplying information about these vulnerabilities?”

Professor Adler said an ethical issue is also triggered when prisoners are paid less than the minimum wage, or something that approximates a living wage.

“If the prisoners are below the minimum wage [or] living wage, then this situation disadvantages the private contractor who follows community rules and laws, both formal and informal,” he said.

He also raised concerns on the possible effects of using prison labour on the ability to insure the prison both during and post-construction.

“I am of course assuming the Government views the prison as a long-term asset that it will want to insure,” said Professor Adler.

Questions to the Ministry of Police and Corrections Services were not responded to as of press time.

The project was initially estimated to be $600,000, said Tialavea, but changes to the design of two separate buildings led to the increase in costs to reach a total of $800,000.

The project plan includes a prison block with a capacity to house 100 prisoners and a new administration office building.

The old administration building will be developed into living quarters for the Police officers and the open fale will be turned into a chapel.

The previous holding facilities were overcrowded with just 40 inmates.  Last year, Tialavea said the building was like a "family home" with barred windows and a door.

Ti'alavea said the design of the building, which is expected to house 100 inmates, was taken from the Tanumalala Prison, which was designed and built by Schwartz Construction Company.

Last week, Olo claimed that Schwartz Company had also been awarded the contract for Vaiaata Prison.

"It is defamatory, libelous, and scandalous and it has tarnished our company's reputation causing much distress," said Alaiasa.

"Whatever decision was made regarding that prison, it has nothing to do with my company or family."