A lack of resources and equipment did not stop the Alo Paopao junior paddling programme progressing to grow and take on a steady inflow of willing youngsters onboard.

And, due to parents not always being available to take children to lessons, the sport was taken out to the villages.

The programme started off with the Alo Paopao Vaiala and Matautu Academy with ages ranging from 10 to 19.

Alo Paopao Academy Director, Ulugia Jay Ah Fook, said taking the programme on the road had been a great experience for not only the children's learning but also the opportunity to share knowledge.

"Since we started it’s been an endless supply of kids, whereas before we struggled to have kids come down," he said.

"And we would get kids down before but we had to stack them up to everybody else, with seniors and people coming to try out but kids never got the attention to grow in the sport."

But with the pilot programme in Vaiala and Matautu, that situation noticeably turned around.

The children's determination for the sport was reflected in their first regatta last week, he said.

For weeks now, the children have been training for the annual Halloween Regatta.

"They're doing really well," he said.

In the future, Ulugia hopes to expand the junior programme to other villages.

However, the passion behind the programme does not end with teaching children how to paddle.

"And I think that's important because the rate of people who have drowned has either matched [the national] suicide [rate] or more."

Ulugia believes that learning how to swim and about the ocean should be as important as teaching young people about oratory and traditional dances.

Ulugia acknowledged some parents were hesitant to let their children paddle due to fear of drowning.

"But if you educate your kids about the ocean then you'll feel a lot more comfortable about them being in there," he said.

"You know there might be a time where we do get cut off from the rest of the world and we need to know about the plants as much as you have to know how to fish.

"It's important that when you do fish, you know how to do so safely." 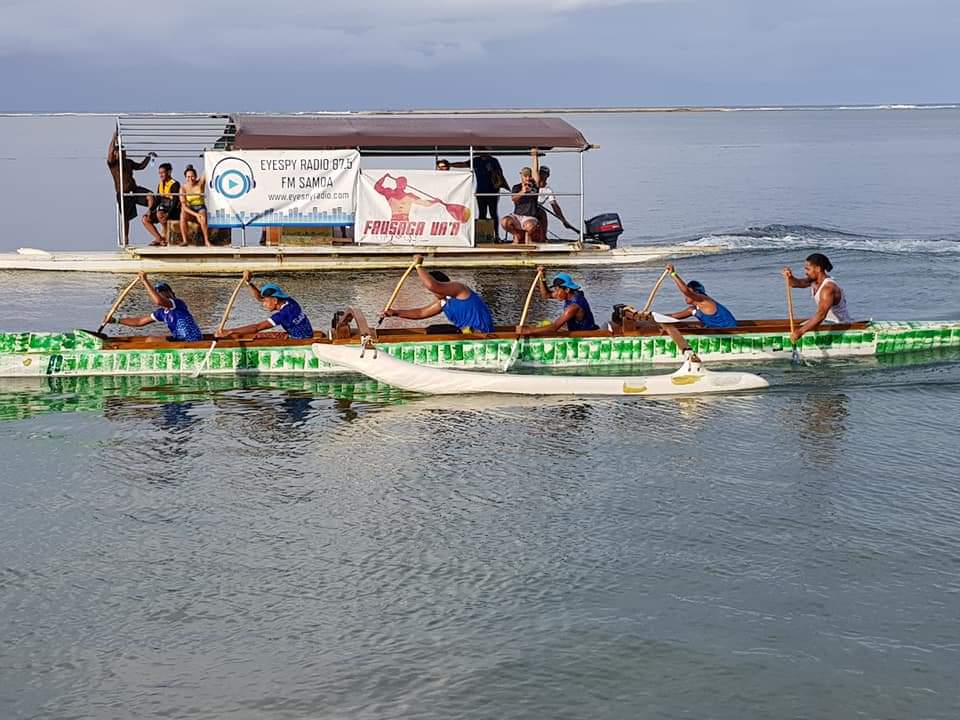 Ulugia said that keeping the programme going has not been easy with a lack of resources and equipment.

One lifejacket alone can cost up to $250 but thanks to generous people and organisations, he has been able to keep the Alo Paopao sport going.

Those donors include, crews from New Zealand, Saga Frost Kowhai Intermediate School who donated 36 lifejackets; and Team Pasifika who come every year for Alo Paopao and donate paddles and paddle tops.

Also making contributions have been: the Manuka Club; Mark Malaki’ and Diana Malaki, as well as the villages of Vaiala and Matautu.

The programmes’ sponsors are Eyespy Radio and Fausaga Va’a.

Lastly, he sent a shout out to local clubs Nafanua Kalapu Alo Paopao, Pualele O.C.C., Laumei O.C.C., Tautai O.C.C., and the Paddling Association for their support of all Alo Paopao regattas.