The Football Federation Samoa (F.F.S.) has distributed balls, goalkeeper gloves, soccer cleats, and other equipment, to every club in the Youth League and the National Football league in the hope of developing more players and clubs.

The President for the F.F.S., Papalii Leslie Samuel Petaia, said the equipment will help the players - not only the young ones but also the seniors. 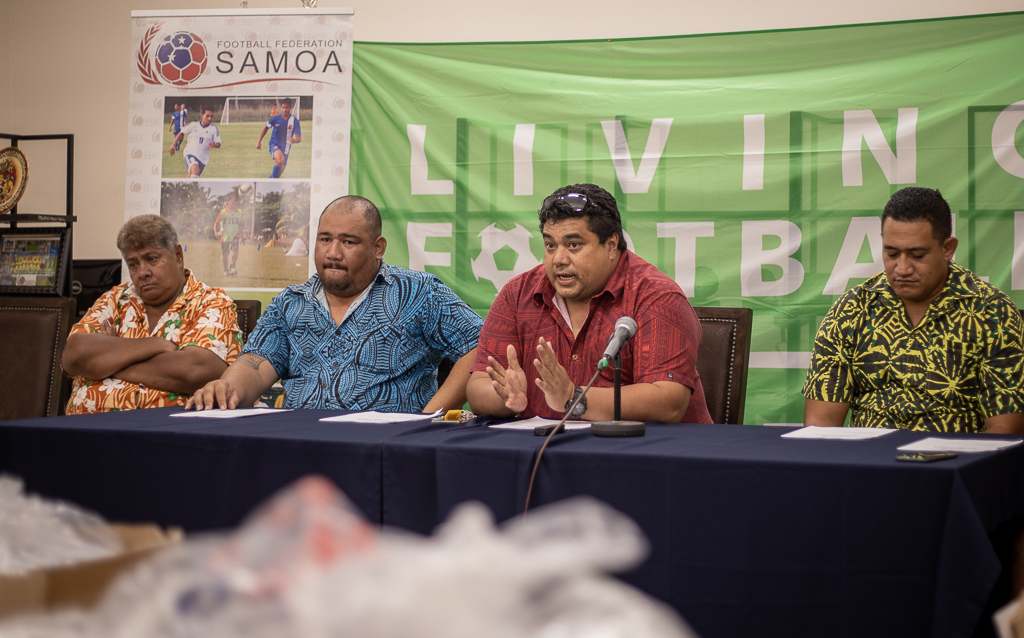 "The Federation's only hope is that the equipment will be used wisely in developing our young and senior players and not putting it up for sale. We are trying to promote our soccer sport in Samoa but right now it's looking good and it's not reaching the level that we should be at in terms of coaching, management, players, and administration," he said.

"The challenge for us leaders is that we should try and have more tournaments to ensure the sport is going forward. As leaders, we should be aiming at developing and making improvements in our football," he added 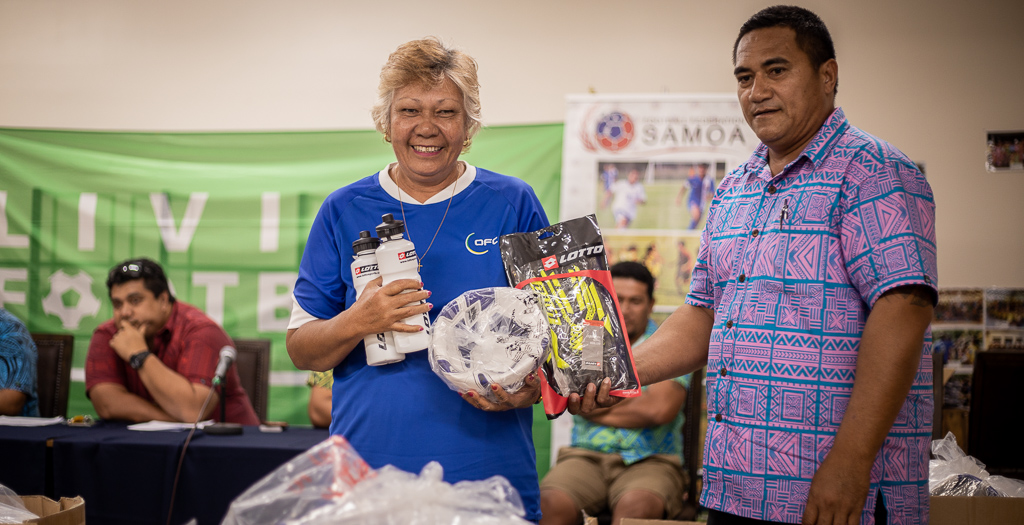 The President of the Faatoia football club, Matauaina Misa, says that with the equipment that is being handed over to her today, it will be a great help for her team in developing their skills and football techniques.

"The donation today will help so much in our team's development as there are so many young kids in our village who are keen to play soccer but we lack equipment. However, Faatoia is always excited to join in any tournaments put up by the F.F.S.. Our team is made up of the youths from Faatoia, few are from Vailele, Faleasiu, and Saleimoa," she said. 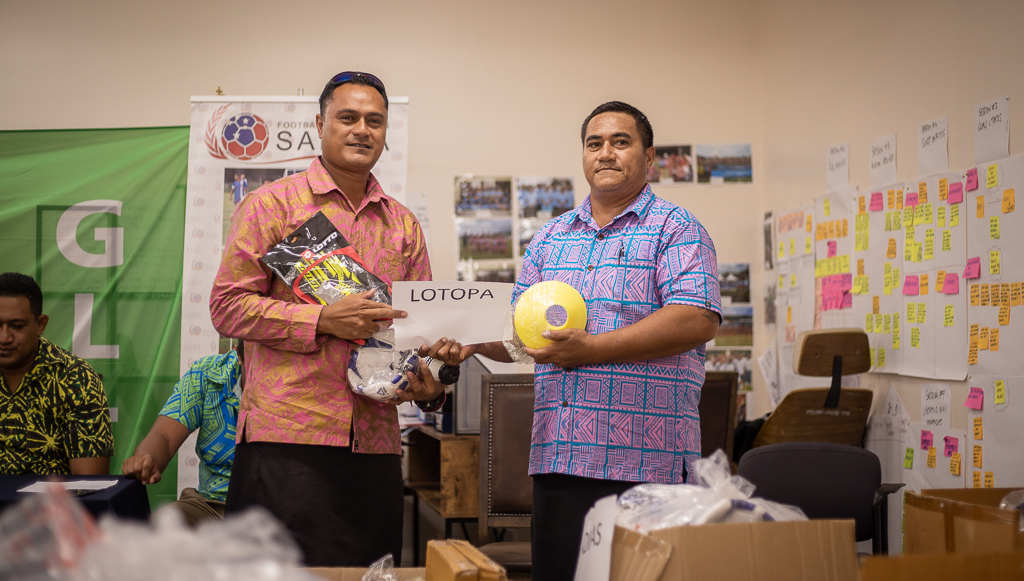 She also told the Observer sports that Faatoia joined football tournaments in 1979, but has only made the top rankings in 2018 and 2019. Misa also mentioned that Faatoia is aiming to receive another award for this year's competition.

One of the newest teams in the football tournament is the Sunday School from Faleaseela Catholic church, managed by Reverend Pio Filipo Paiti.

"The donation today is a very great opportunity for us because my team is a Sunday school and we made this team because we wanted them to develop their talents and to be exposed to a bigger level of competition. As we all know, not every child will land an office job, so why not develop their talent as maybe one day, it'll be their future," he said.

The Faleaseela is participating in the U-8, U-12, and the U-17 divisions. The team is made up of the Faleaseela Catholic church Sunday school. 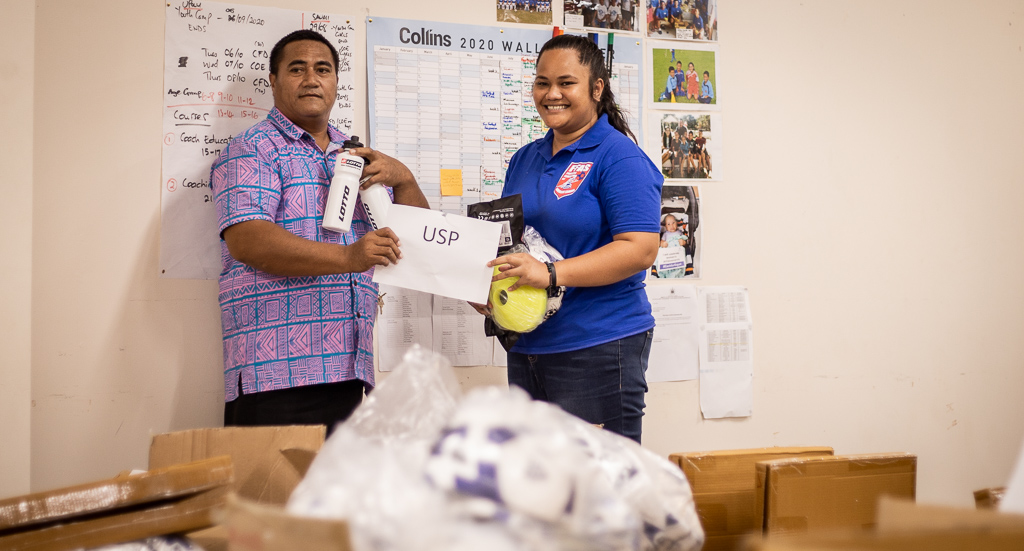 "More than 60 kids in our Sunday school and 20 in our youth group, they are the ones who are representing our teams in the current ongoing tournament," he added.

He also mentioned that after the youth league, few of his youth kids have turned to rugby again, and for him, he doesn't stop that. He believes that different children have different talent, and it is in that child's favour on which sport he should be developing.