The Women in Rugby, which was celebrated for the whole month of September, concluded with the presentation of certificates at the Tanoa Tusitala Hotel in Sogi on Friday.

The certificates were given to female participants who have completed their  World Rugby Courses in Coaching Level 1, Match Officiating Level 1, Strength and Conditioning Coach, and First-Aid in Rugby Level 1. 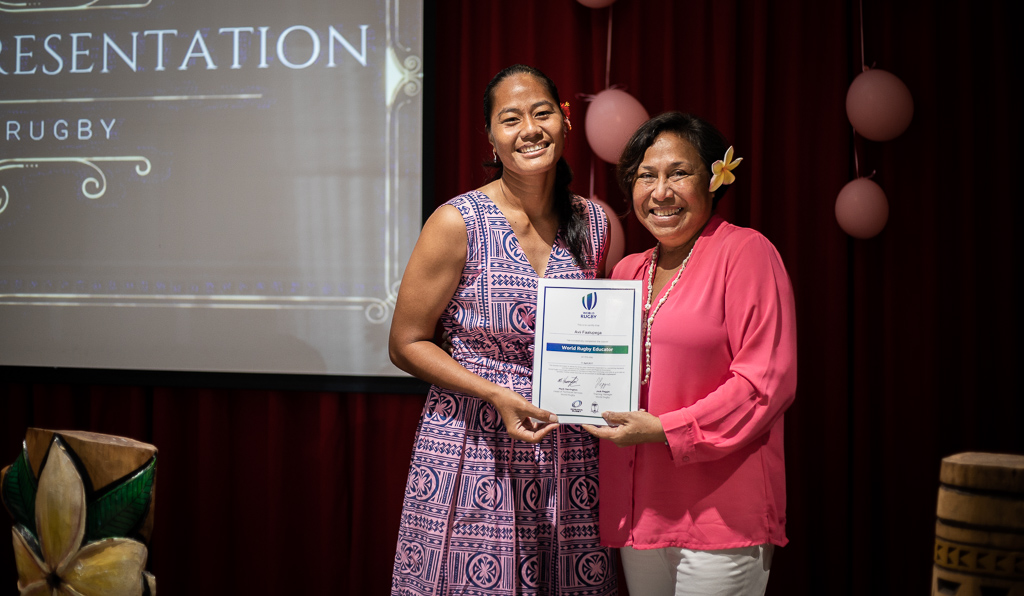 The Manager of the High-Performance Unit, Seumanu Douglas Ngau Chun, congratulated all the female participants for their hard work and commitment.

He also congratulated Filoi Eneliko for taking the lead by coaching one of the men's 15s teams for the Lakapi Championship.

"We had a meeting where this event was brought up, they say that September is the month that the Rugby World is dedicating to recognise the women in rugby, however, Samoa has long recognised women," he said.

"For instance, we had the national sevens series, men and women participated, we had our school invitational sevens, boys and girls were involved, and now we are preparing for the Lakapi Championship, both men and women are also involved." 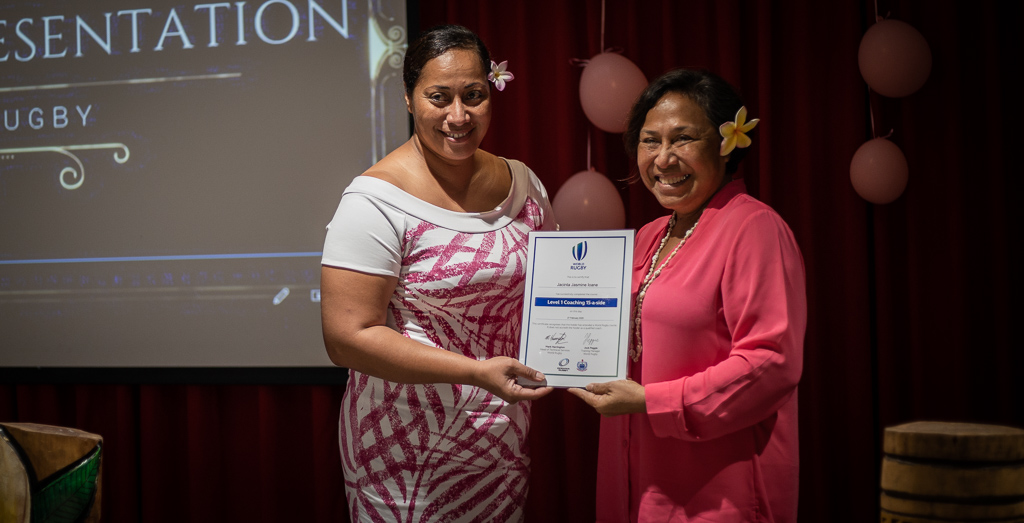 "So that is what I mean by we have long been practicing equality in our union."

As for a woman coaching a men's team, Seumanu said: "Congratulations to Filoi for another challenge she has taken up which is to coach one of our teams for the Lakapi Championship. There were people who asked why we chose a woman to coach a men's team but for me, "E au le inailau a tamaitai" so this is a challenge for her and we will see the outcome soon. And also congratulations to all our female participants for this whole month and their hard work." 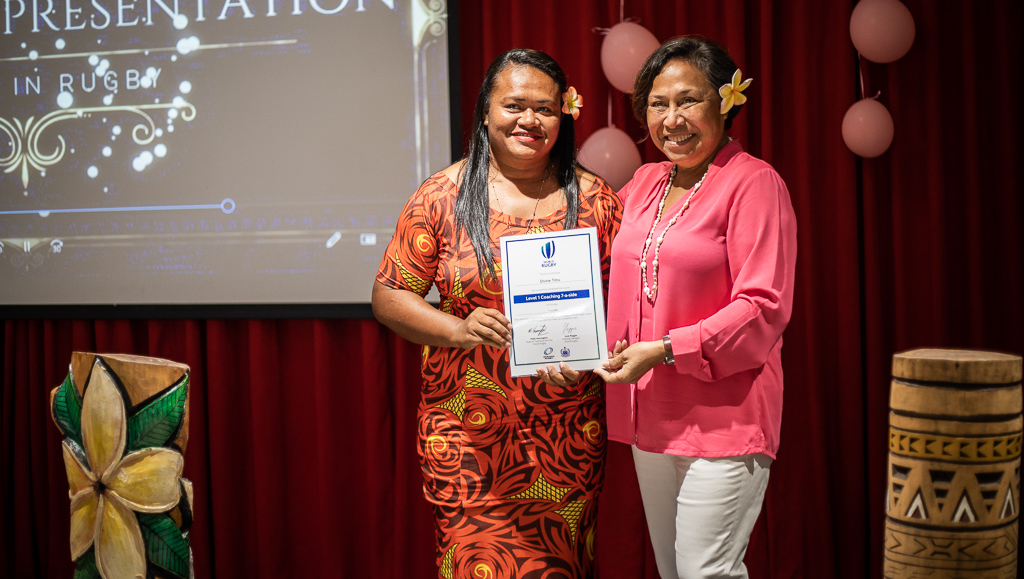 "Congratulations to you all ladies," she said.

"Also like Seumanu mentioned earlier, congratulations Filoi, to be honest, I am a person who loves challenges. If someone tells me I can't do that I can't do this, I am going to prove them wrong by doing it. And just an advice ladies, don't let anyone tell you what you should or what shouldn't." 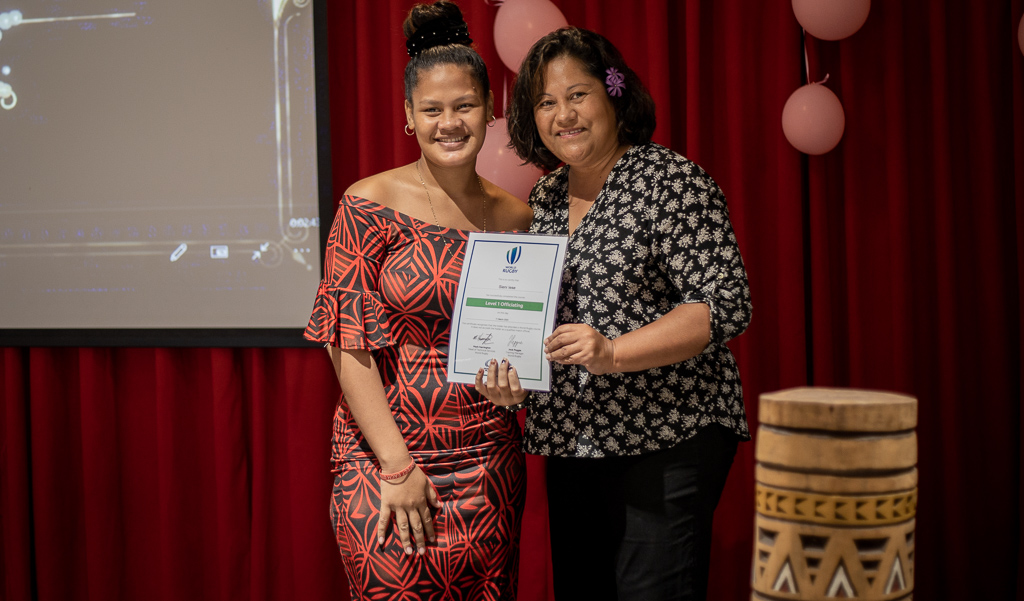 Ms. Sass acknowledged the support from the men.

"When we were young and in primary schools, we play our sport and we were able to play rugby and so were our guys. When we got to college level, we started to shift our priority to education and our boys were still playing rugby.

"We start our families, we work or stay home, we do the cleaning, we take care of the kids, but our boys are still playing their game. But now, look at you all, you have pursued your dreams and you are very capable. I am proud of you all. But I must thank these men for always supporting you guys because the truth is, we need our boys." 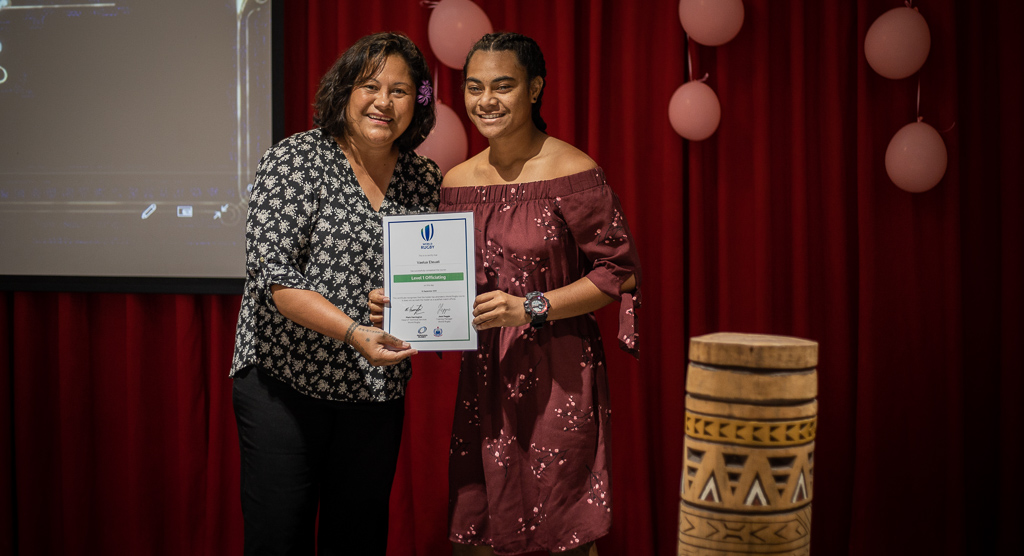 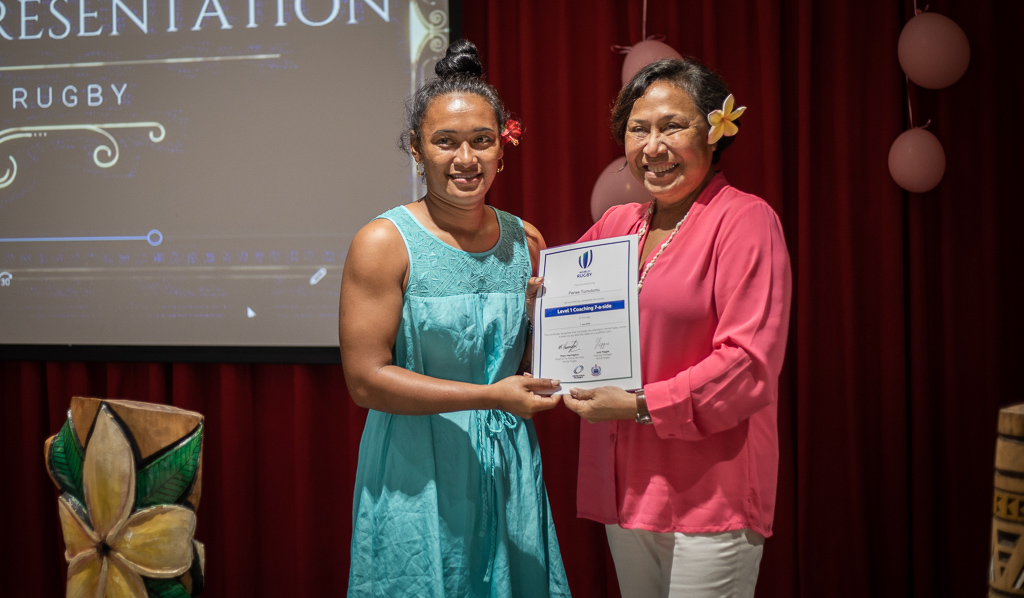