Samoa
Around 300 passengers arrived from Australia on Friday night.. (Photo: Vaitogi A. Matafeo)

Around 300 Samoan nationals flew into the country on Friday night on an Air New Zealand repatriation flight from Sydney, Australia.

Local authorities were on hand to receive the arriving passengers, who were then bundled into over 40 buses and vans after completing immigration and health checks, and taken to their various quarantine sites in Upolu.

Air New Zealand released a statement late Friday, saying the flight NZ1960 was the airline’s first repatriation flight to Samoa from outside New Zealand, and they are working with the Samoan Government to return its citizens home.

The Boeing 787-9 Dreamliner arrived at the Faleolo International Airport at around 8pm Friday night [local time] with around 300 Samoan nationals and residents.

Air New Zealand’s Country Manager Samoa, Karen Gatt, said the airline is pleased to be supporting the Samoa Government with the safe repatriation of Samoan residents from Australia. 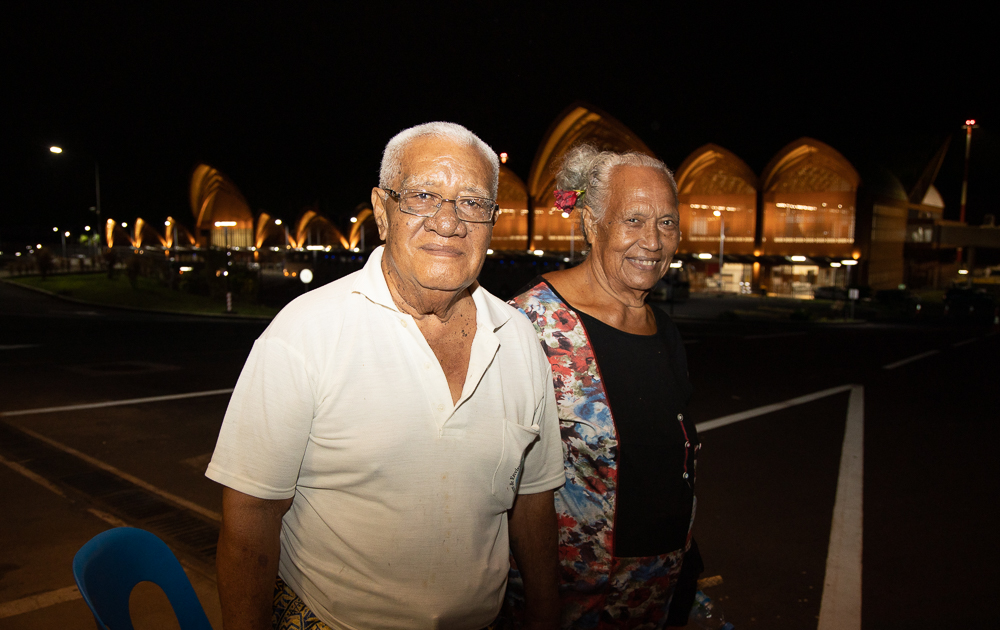 Attempts by the Samoa Observer to contact the National Emergency Operations Centre [N.E.O.C.] for comment were unsuccessful.

However, the Ministry of Finance [M.O.F.] Chief Executive Officer, Leasiosio Oscar Malielegaoi, said the Sydney-Apia flight last Friday was “high risk” and steps were being taken in relation to safety measures.

“This flight is of high risk and if by any chance that we get a case by next week the whole of Samoa goes into lockdown which will affect the economy,” he said.

And while the Government advised last week of restrictions at the various quarantine sites as well as the airport, the instructions by authorities as well as a heavy downpour late Friday did not dissuade families from making their way to Faleolo to assemble outside the airport gate.

They included the family of the late Asoono Ropeti of Fusi Safata, who passed on while in Australia and was on the list of deceased citizens, whose bodies were repatriated back to Samoa for burial.

His mother, who did not want to be identified, told the Samoa Observer that she was depressed waiting for the arrival of her son’s body.

“Right now, it’s really hard to say something as we’ve farewelled happily when he first left for school, and now we’re welcoming him in a very distraught and depressing return back home,” she said.

“I just can’t wait for his body to be returned to my arms so that we could farewell him properly.” 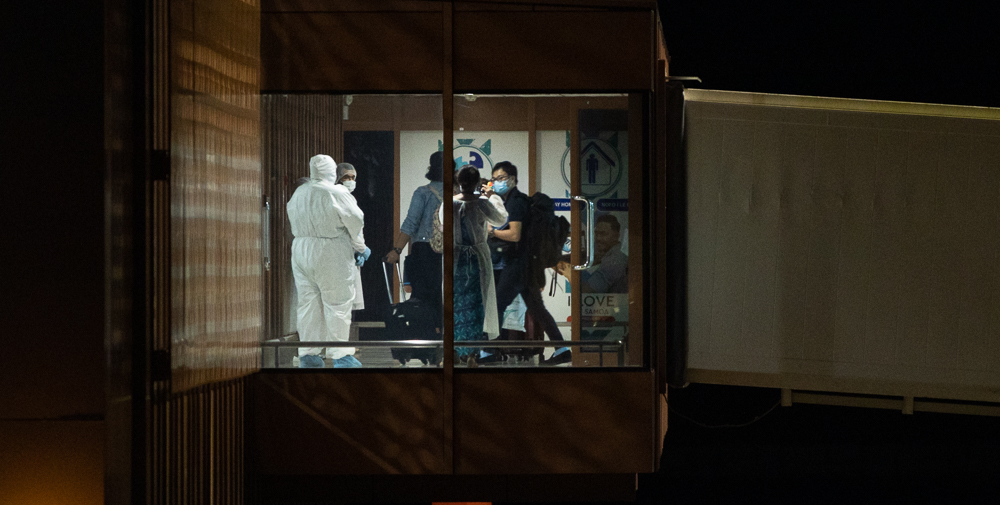 A couple from Lefaga told the Samoa Observer that the delay in the arrival of their daughter was not an issue, as they were always praying for her return after she travelled abroad.

One of the passengers, Su’a Ulusapeti Tiitii, traveled overseas to complete her education but could not return home due the shutdown in international travel brought on by the pandemic.

“For us, coming here and seeing those vehicles leave the airport safely is enough to assure us that our daughter is safe and sound,” Malama said.

“She’s been away for too long and she was supposed to return home long ago but couldn’t because of the Covid-19 and now we just cannot wait for her return.”

The family said they turned to prayers to continue to reassure themselves that their daughter will return home safely.