The National Emergency Operation Centre (N.E.O.C.) is at odds with the Ministry of Police and Correction Services over the interpretation of state of emergency regulations, the Samoa Observer can reveal.

The N.E.O.C. which has the authority to oversee the nation’s response to the coronavirus pandemic has come into conflict with the Police about the enforcement of rules and regulations.

The Police last weekend intervened to shut down an event hosted by the Saint Mary’s Old Girls Association (S.M.O.G.A.) at Birdie’s Bar, at the Faleata Golf Course.

But it can be revealed that the Chairman of the N.E.O.C., Ulu Bismarck Crawley, explicitly endorsed the fundraising in a letter to the President of the Saint Mary’s Old Girls Association (S.M.O.G.A.) dated 23 September 2020.

In the letter, obtained by the Samoa Observer, titled “fundraising for (S.M.O.G.A.)” and addressed to the organisation’s President, Vernia Mah Yuen, Ulu acknowledged S.M.O.G.A.’s request to hold an event.

He said there would be no restrictions on doing so if they observed ordinary social distancing procedure.

“The Committee has received your letter dated 21 September 2020 with regards to the above subject matter.

For your information, the conditions for restrictions of the orders place emphasis on compulsory social distance of two meters, and that no more than 100 people are allowed.

May God's blessings be upon your fundraising event,” the copy of the letter reads in Samoan.

But those statements were in direct contradiction to those made by Police Commissioner Fuiavaili'ili Egon Keil, who spoke after the Police acted to close down the S.M.O.G.A. event, saying fundraising of any kind was not permitted.

“You cannot beer-fest or hold any fundraising event which is against the law,” the Police Commissioner said. 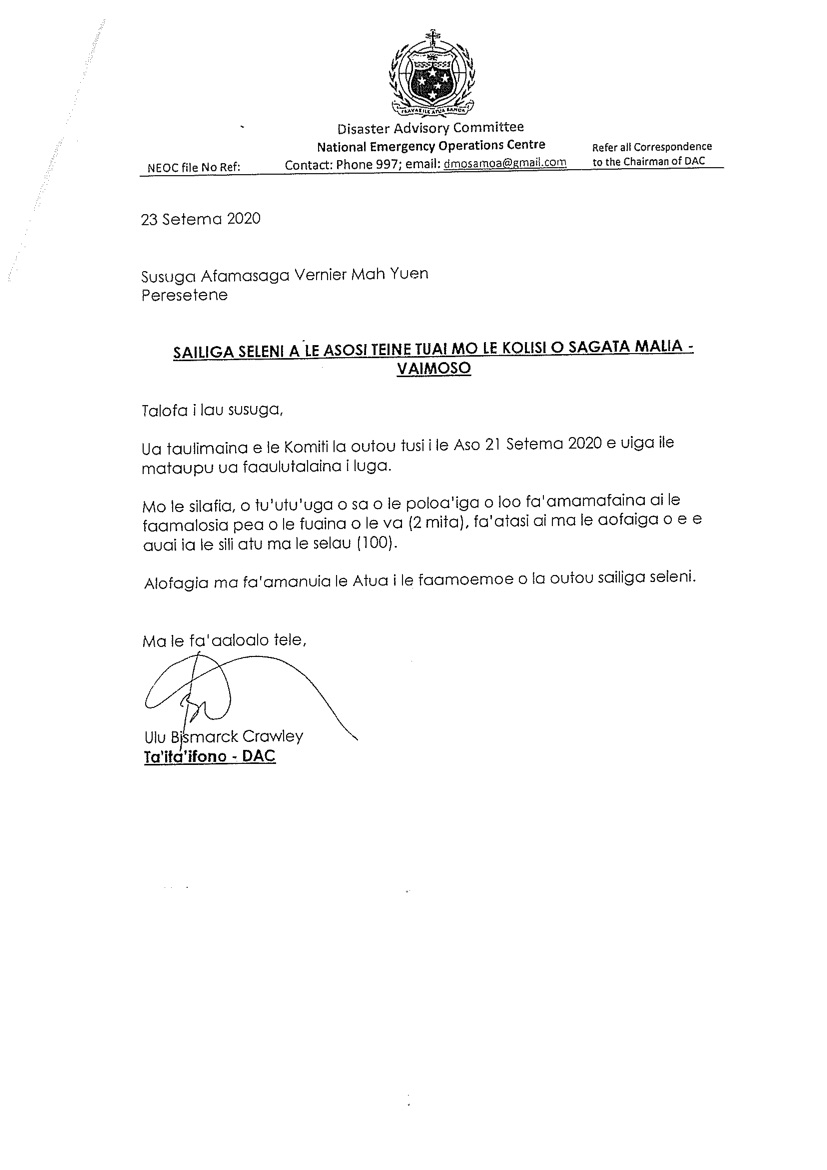 In follow up emails to this newspaper, Ulu, who is also the C.E.O. for the Ministry of Natural Resources and Environment, said that fundraising is allowed with the condition that gatherings are restricted with limits of no more than 100 people and with social distancing of two meters enforced.

“The condition is for gatherings including weddings.  Nightclubs were specifically mentioned in the State of Emergency orders,” he said. 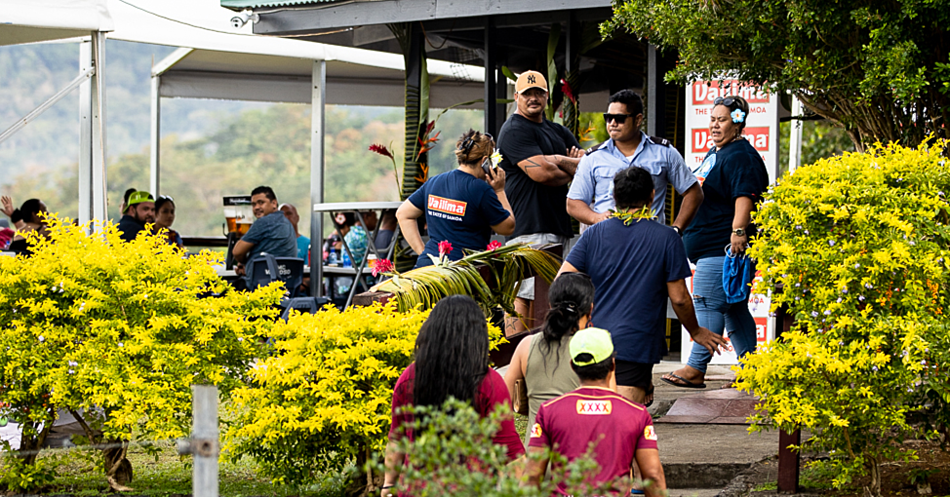 The S.M.O.G.A. event was to raise funds for netball players but it was disrupted when the Police visited.

Fuiavaili'ili confirmed the Police visit to disperse the event saying that all fundraising events are banned under the current restrictions.

Asked whether permission was granted, the Commissioner said approval cannot be given for such an event.

But in previous emails to the Samoa Observer, Ulu noted the Government may need to review state of emergency conditions as end of year holidays approach.

The letter suggests a significant gap in the interpretation of state of emergency regulations between N.E.O.C. - the organisation “established to manage the COVID-19 emergency response” - and the Police, which enforces it.

S.M.O.G.A. President Vernia Mah Yuen, told the Samoa Observer that the Police visited the venue to advise the association members of their alleged breaching of the state of emergency orders.

“What I’m saying to my association is that it was a big misunderstanding on our part and that is all and we had to accept the Police and we had to move on from here,” she said.

“We do not want to go back and point fingers. We had a big misunderstanding and when the Police came, we accepted it and the event was cut short. We were in the wrong, that’s what we were told, no matter how much we try to figure out.

“We thought fund raising was allowed in the sense of fundraising, because we have been to several fund raising events but perhaps the venue was not right, that’s what we were told.”