The month of October will be dedicated to breast cancer awareness as part of Pinktober celebrations which was officially launched Thursday morning.

As part of the occasion, the bank also unveiled pink-coloured automated teller machines [ATM] to signify the event.

Pinktober was founded by the American Cancer Society in 1985 to raise awareness around breast cancer, though Faimalotoa noted in her keynote address that everyone had their own reasons to mark the occasion. 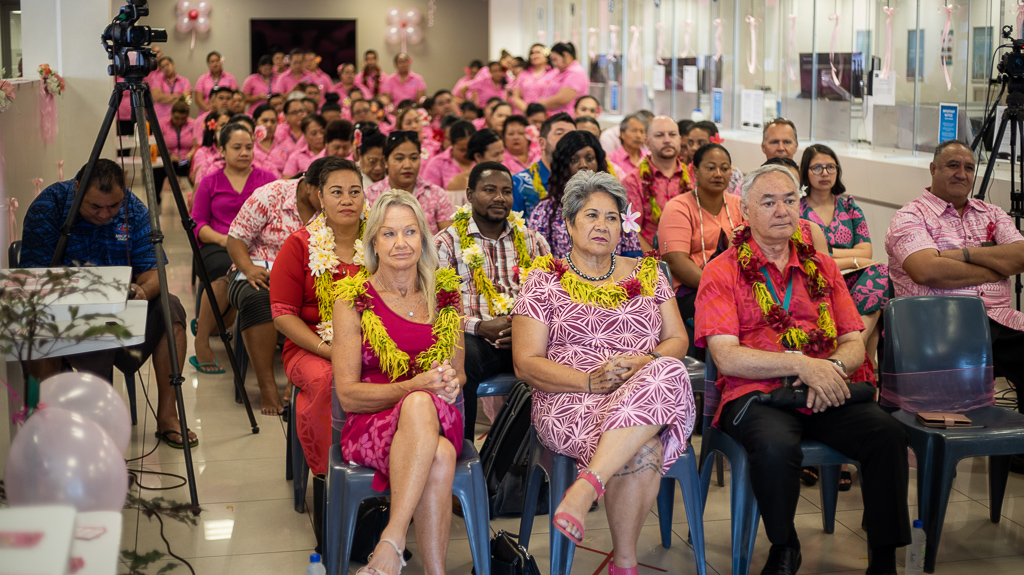 “This year’s theme for Pinktober is ‘together we can make a difference’, especially now with COVID-19 and its impact on the world,” she said.

She also thanked other partners such as Vodafone Samoa, National Pacific Insurance, Samoa Stationery and Books [S.S.A.B.] and Pacific Fiduciaries.

According to the Minister, breast cancer is the second leading cause of death among women with heart disease the first.

She explained that the contributing risk factors include age, history of breast cancer in the family, reproductive and hormonal factors as well as being overweight or drinking. 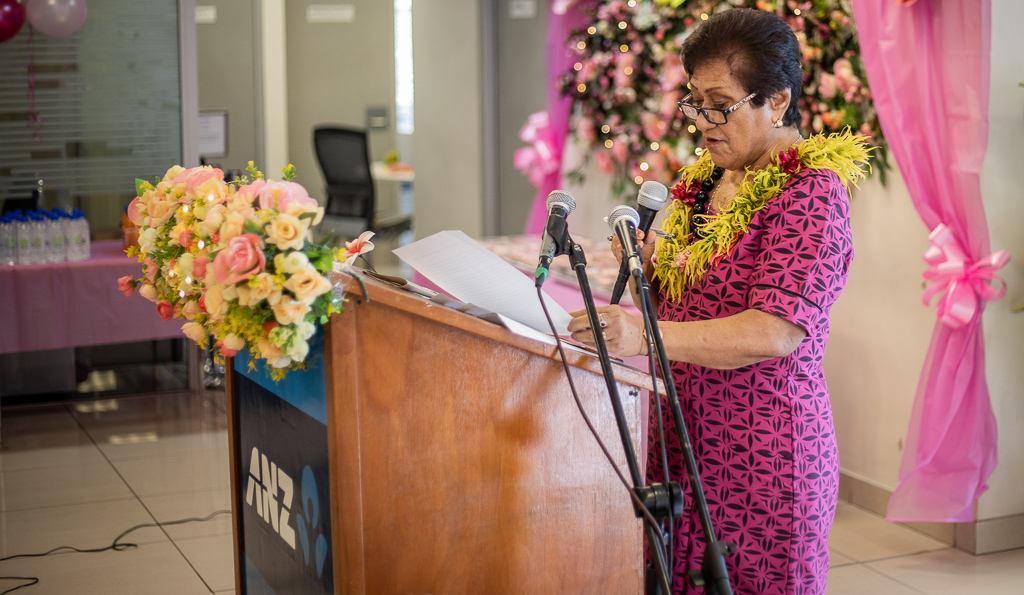 “The goal of the Society is in line with the Government’s plan for the health of the people of Samoa to reduce the number of people affected by this disease in our country,” she added.

Faimalotoa added that the Society’s ongoing awareness campaign is in full swing and includes the use of radio, television and information sheets on the various types of cancer.

Programmes are also being rolled out in rural areas, which she emphasised strives to raise awareness to make the public aware that there is no quick treatment, other than early detection and seeking immediate medical attention.

According to the Minister, an important part of the Society’s service is to work together with the Ministry of Health to facilitate the efforts of the patients and families, and for them to get immediate assistance such as seeking medical treatment overseas when the borders reopen.

“Women have a big role to play in our country, especially in our small families, in the villages, churches and communities and in our country,” she added.

ANZ Samoa Regional Country Manager, Bernie Poort, told the Samoa Observer that the bank has been working in partnership with the Society for the past ten years and have sponsored Pinktober before. 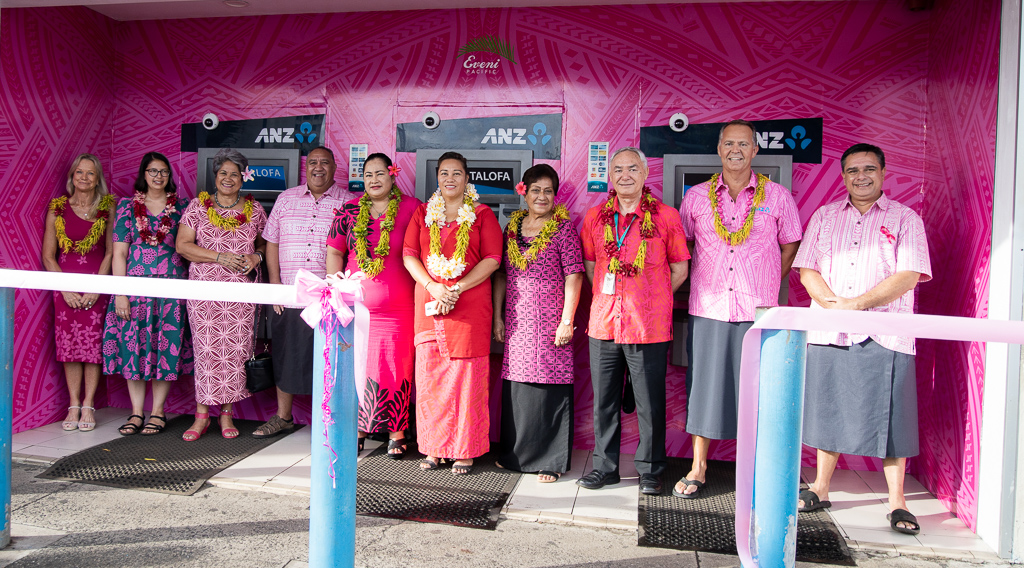 “It’s a really important month and the more awareness we create around cancer and the early diagnosis of the conditions, the better the survival rate,” he said.

Mr. Poort said the design of the pink-colored A.T.M. and the bank’s pink uniform was done by local firm Eveni Carruthers, which has supported them every year.

“October is really special for us and we’ll continue to promote and create awareness around cancer and particularly breast cancer,” he added.