Samoa
Chief Editor Gatoaitele Savea Sano Malifa shows his typewriter to the students which kicked off his journey into the world of journalism. (Photo: Aufa'i Areta Areta)
By Hyunsook Siutaia •   02 October 2020, 7:00AM

A group of students from the Saint Peter Chanel Community School did a tour of the Samoa Observer on Thursday as part of their assignment to learn about newspaper operations.

The eight female students were accompanied by their English teacher Jenny Bennett to the Vaitele headquarters of Samoa’s only daily newspaper, where they met the Chief Editor Gatoaitele Savea Sano Malifa and co-editors James Robertson and Alexander Rheeney who took them on a tour of the setup. 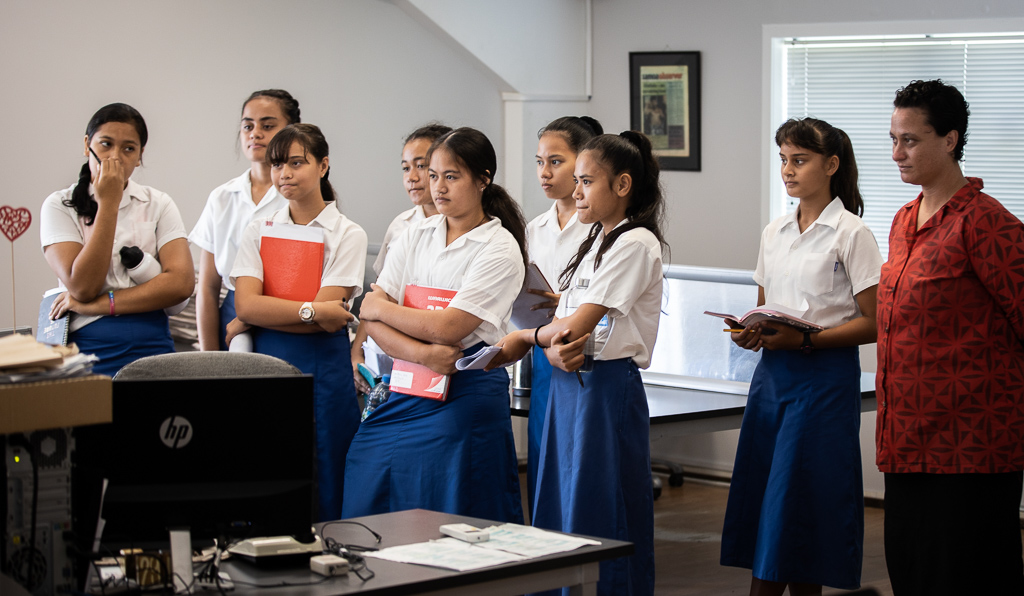 Ms Bennett said her students have been learning about the media in class and she thought it was best she brought them to the newspaper, where they could get first hand information on its operations.

"We’ve brought them to have a look at the newspaper because we have been studying the newspaper and we’ve been learning about the media and I wanted them to see a news group in operation first-hand rather than just give them the information,” she said. 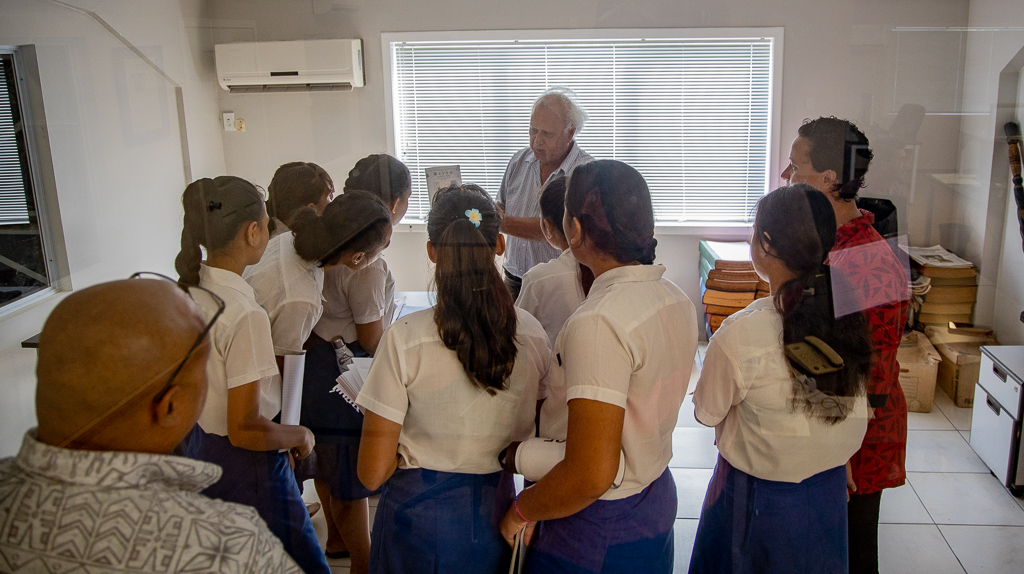 “They’re also preparing for a report on press freedom and the media and its function in society as well and so that’s why we’re here.”

The tour started in the newsroom before the students were taken to the printing press and the C.T.P. [computer to plate] room, where they were shown the newspaper production process. 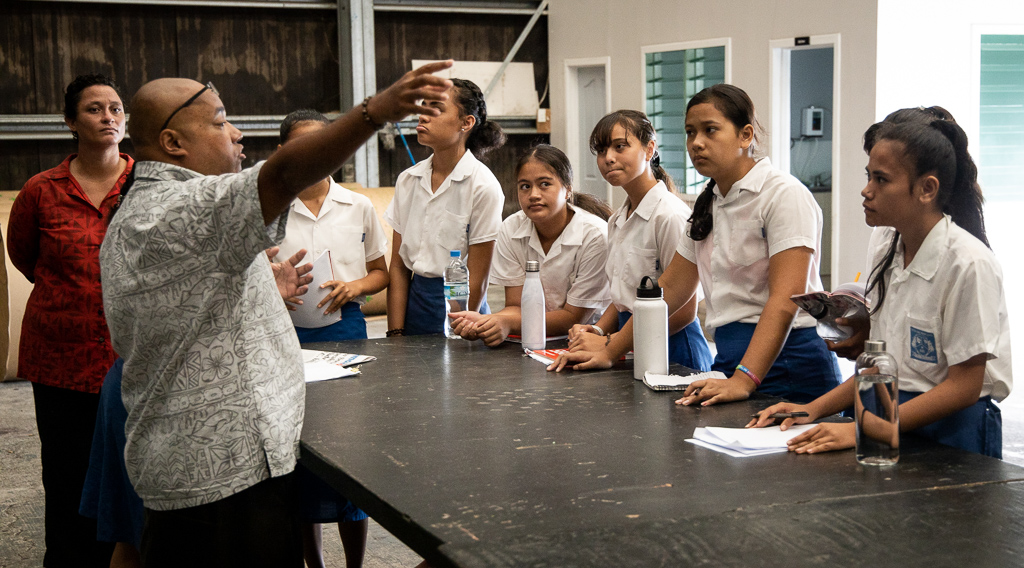 Numerous questions were asked by the students about the daily operations of the newspaper, which Ms Bennett said was encouraged at school, where freedom of thought and expression is encouraged.

"Sometimes the questions might be frightening to answer and we try to foster an environment at our school where I suppose there’s freedom in a way, freedom of thoughts and freedom of expressions which is something that when I was growing up in school, it wasn’t something that was fostered but discouraged; you speak when you’re allowed to speak.” 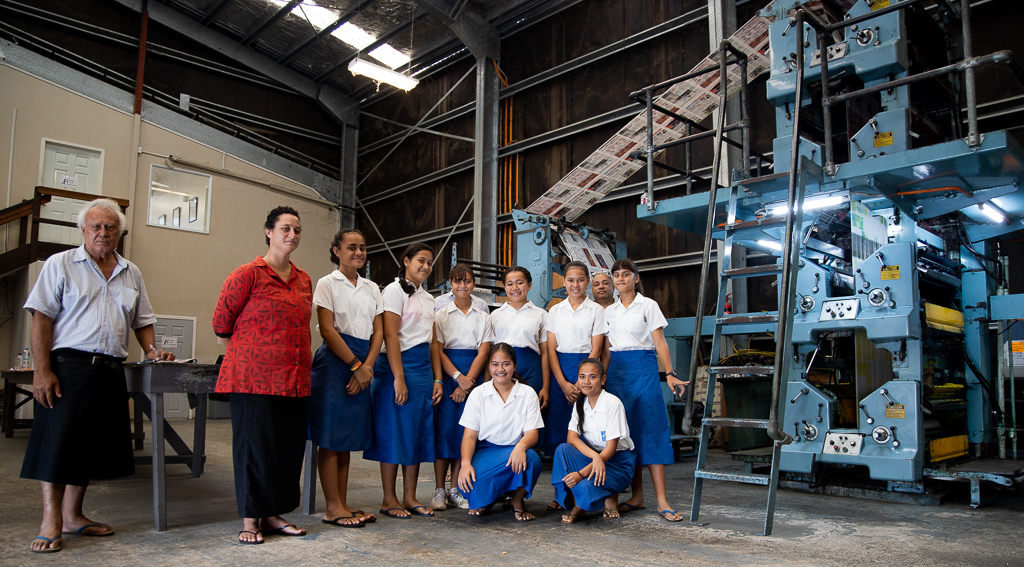 Two of the students, Millyshangtoekatiehamilliyacilliz Setefano and Katalaina Sio, talked about the tour and how their perspectives had changed at its conclusion.

Ms Setefano, who now aspires to work in IT at the Samoa Observer, said she always thought the process of newspaper production was simple. And on her first visit to Samoa’s only daily newspaper, she was amazed with the amount of knowledge she accumulated about the printing press in such a short span of time. 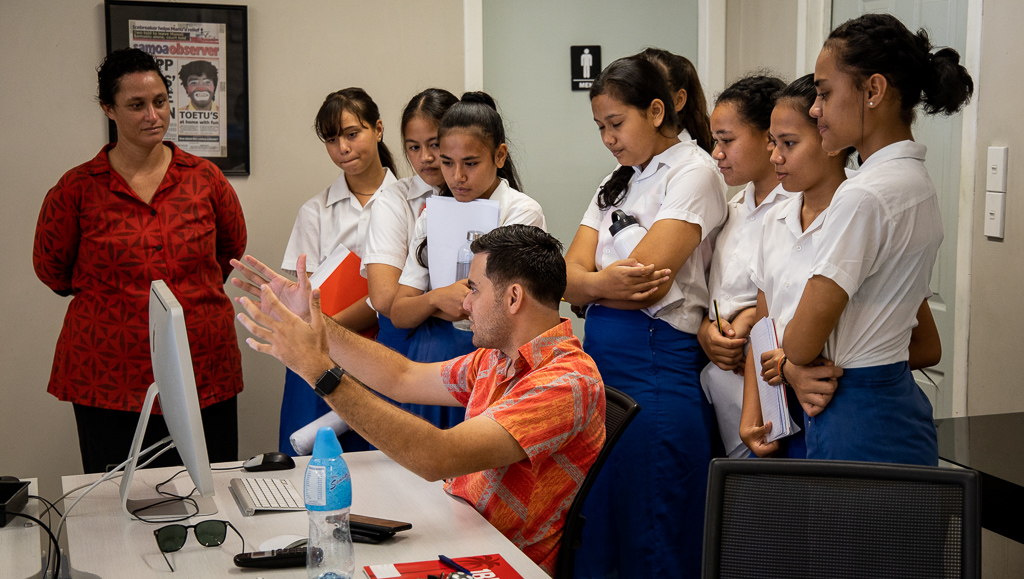 "To be honest, it was so scary to get close to the machines but it was amazing to look at it. I was like, wow! It was my first time here at the Samoa Observer office," she said.

"It looks hard but I’m sure you guys are used to it but when people actually see how you guys do it, it’s actually really hard. 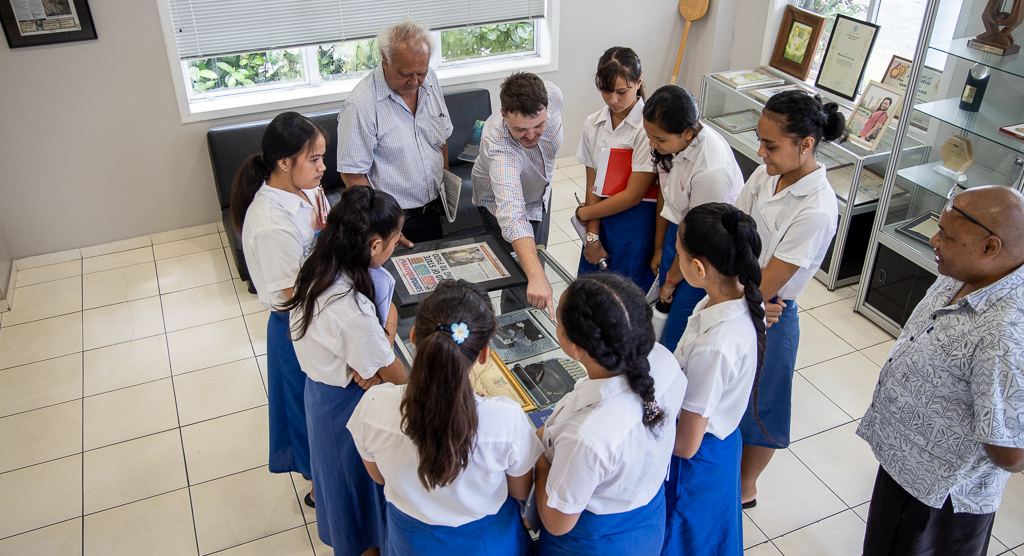 During a brief discussion with the newspaper’s Digital Manager, Jarrett Malifa, gave the students a rundown of the newspaper’s various digital platforms and his role in the news production process.

Ms Setefano said she was in awe of the work that Mr Malifa did as the digital manager. 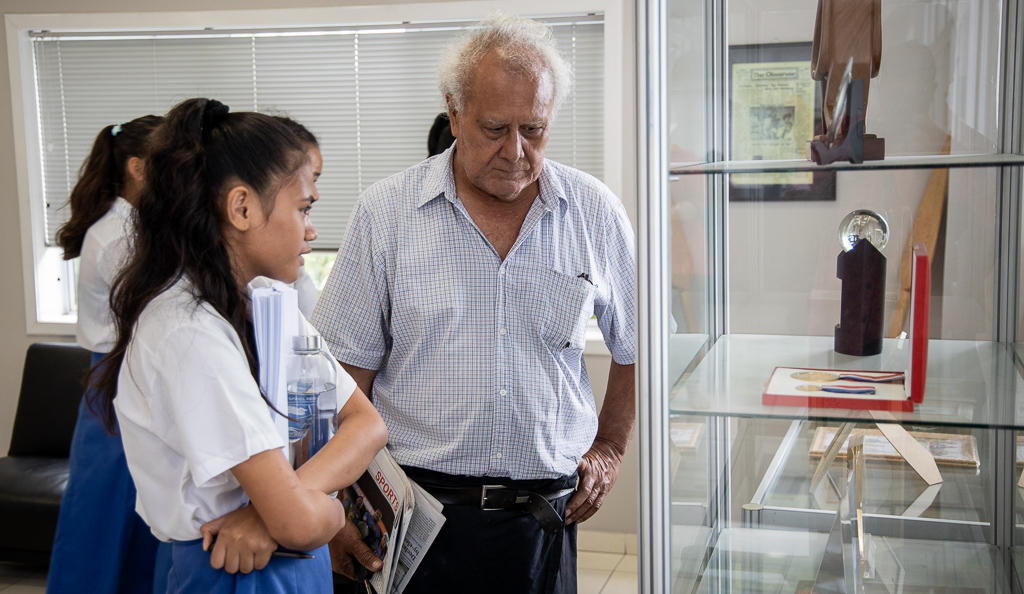 "Well, I want to be an IT here at the Samoa Observer, because I observed Jarrett and his work looks awesome because he can view all the reporters' stories and has full access to the Samoa Observer website, it’s so awesome!"

Ms Katalaina Sio, who won third place in the recent Samoa Observer Short Story Competition, also loved the tour and was thankful for the informative session. 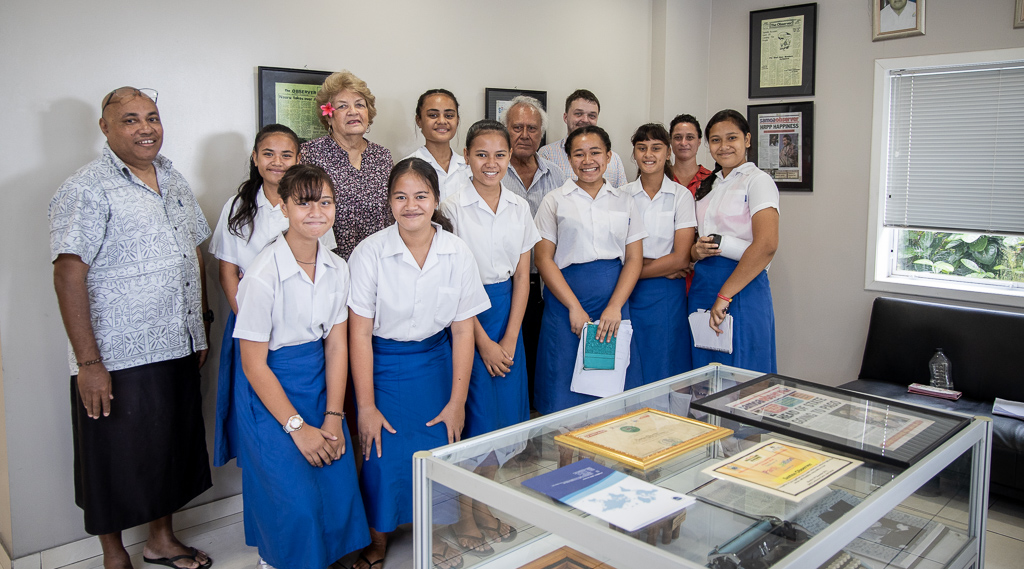 "I thought it was cool! I learned how they actually do the newspaper; I didn’t know they did it like that," she said.

"I thought it was very complex before, like how much effort people put into it and now I think it actually is, how to get the newspaper is not very easy.  I now know that it’s not very easy for the reporter to get the stories with all the deadlines.”