The installation of satellite in one of the schools (Photo: Fast Party Facebook Page)

The Office of the Regulator (O.T.R.) has launched an investigation into allegations that a free wifi programme, rolled out in schools in Savai'i, is illegal and did not go through proper processes.

The investigation was confirmed by the Acting Regulator, Venus Iosefa, in response to queries from the Samoa Observer.

“O.T.R. will not make comments on your queries until our investigations have been satisfied and completed,” said Ms. Iosefa.

“In due time, O.O.T.R. will serve a press release in response to all your queries conveyed.”

The Acting Regulator was asked to confirm claims made by the Minister of Communication and Information Technology, Afamasaga Rico Tupa'i, that the programme did not go through the proper processes.

She was also queried whether the Regulator would issue an order to shut down the project.

But before the programme was officially launched and completed, it hit a snag with concerns raised.

Afamasaga said the project was illegal and did not follow proper processes.

During the launching of the project, owner of Netvo, Togisala Tony Leota, and M.P. La'auli Leuatea Schmidt denied any wrongdoing.

The partnership reaffirmed they had gone through proper channels and had approached the Government prior to it rolling out the project.

While Afamasaga praised the initiative’s aim of helping the children of Samoa, he strongly believes that the people in charge of the project "should follow the right processes."

"The Government is yet to receive an application from NetVo and F.A.S.T. with regard to the new project in schools,” he said.

"We have never seen an application, a formal application as per the Regulator, regulations.

"Also, the Ministry of Education is yet to receive any consultation with them in terms of what the content is. 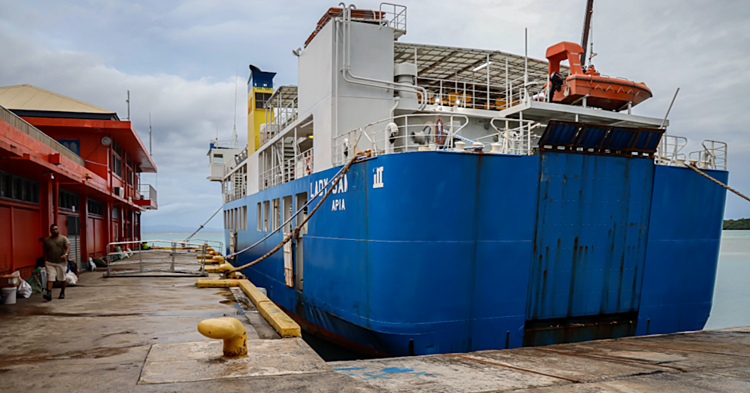