Taking on his father’s advice to discipline oneself and stay away from alcohol and smoking has begun to reap dividends for Owen Niue Fetu.

The 20-year-old of village of Taga, Savai’i has forced his way into the Manu Samoa Sevens wider squad after impressing selectors while in college before getting called up into Samoa’s U-20 and Manuma teams.

"Work hard is the key to success, I have been playing rugby ever since I was in primary level, then moved on to College where I was selected to play for Samoa's U-20, and now I am in the 7s wider squad. It is an opportunity that not every kid gets but I was fortunate enough to be one of the selective players," he said.

"My father's golden rule is ‘stay away from alcohol and no smoking’. I have older siblings and they all drink, however, my dad doesn't allow me to do either.” 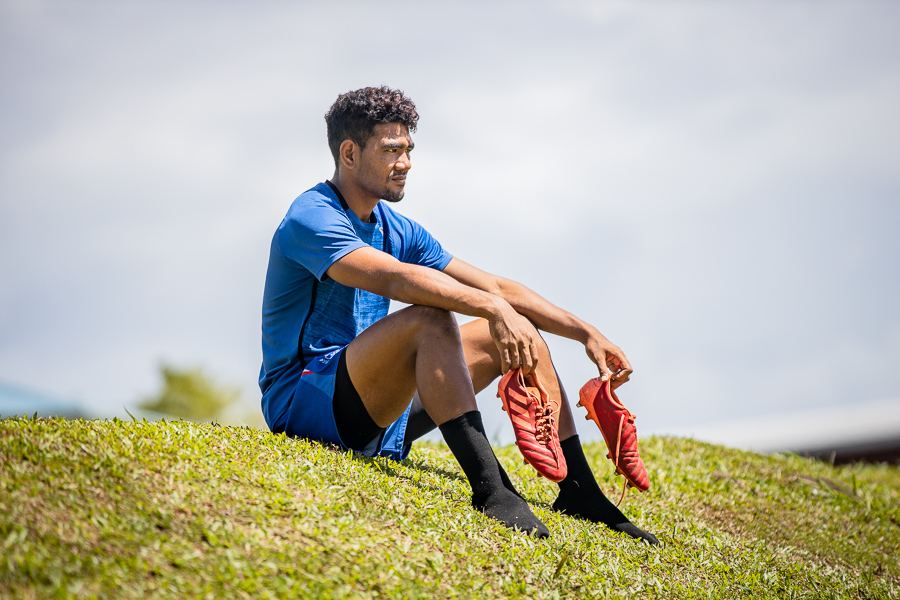 Fetu acknowledges his father’s long-term dream for his success in rugby.

“It's very challenging because I can be pressured to do so but I never do it because I respect my father's decision. It's only now I understood why he never wanted me to do any of those things because he wanted me to be a better person.”

Fetu started looking at rugby as a career when he was in Year 9 at Palauli College, before moving to Upolu to attend Maluafou College where he made strides in his rugby career.

"Rugby is a tough game, but if you are really passionate and committed to it then nothing is hard.

“The mindset that is needed in sports is a positive mind. For my career, having my parents and my whole family's support is enough to keep me going in this battle.

“If we don't work hard then nothing good will come out of this.”

Fetu looks up to the All Blacks winger Rieko Ioane, whom he thinks is the best winger in world rugby, and played for BBE Vaiala during the Vodafone National Seven Series last month before his big break to join the Manu Samoa squad.