The National University of Samoa currently has plans to revive the Peace Garden found within the campus which will soon be home to rare and endangered Samoan endemic species.

The University's Faculty of Science Biology Lecturer, Roberta Mura Fa'asavalu told the Samoa Observer that plans to revive the Peace Garden date back to two and a half years ago with the purpose to establish an "Ex-sistu Propogation Plan" for rare and endangered Samoan endemic species.

She explained that the project is in collaboration with the Samoa Conservation Society (S.C.S), the Ministry of Natural Resources and Environment's (M.N.R.E) Division of Biodiversity and Conservation, and with sponsorship from Botanical Gardens Conservation International (B.G.C.I).

Mrs. Fa'asavalu stated that it is important to create new green pockets for endemic vegetation which may help also in the conservation of endemic wildlife.

"These will be also used to improve scientific research on the Samoan flora and fauna," she said.

According to her, they will be conducting propagation studies and ex-situ propagation of several endemic species among which Syzygium spp, Vavaea spp, Balaka sp, Clinostigma sp, as well as a number of orchids. 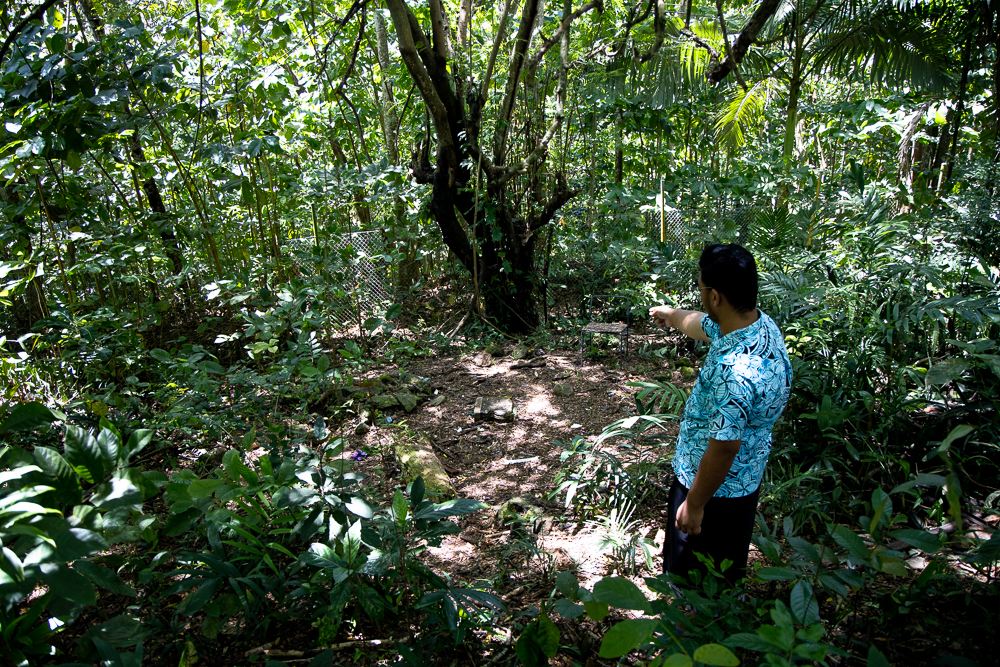 The plans currently involve a clean up of the area and get rid of the overgrowth and to add a foot path that leads to the garden with "Solar panel lights" but Mrs. Fa'asavalu explained this all depends on the funding, and further stated that they are open to any donation and assistance to help them with the Garden.

What asked about when she thinks the garden will be ready she stated that it "depends very much on fundings" which she explained not from the scientific side but the side of infrastructure.

“Ideally it would be nice to have it ready sometime within next year," she said.

Mrs. Fa'asavalu stated that it could possibly be ready in one a half years because they would have to wait until the infrastructure is in place so that they could start planting.