The village of Falease’ela welcomed the Gaualofa crew on Friday afternoon, on their first stop of the Guardians Vaa-based Environmental Education Campaign.

According to a media release issued by the Samoa Voyaging Society, the crew had been at sea for three days and at 12.15pm on Friday, had anchored at Lefaga Bay on the outskirts of Falease’ela Village.

The Women’s Committee of Falease’ela had been on the lookout for the Gaualofa. When Gaualofa was near the village, two young people who went out on a canoe (paopao) notified the crew that they had been keeping watch for them.

Four of the crew are sons and daughters of Falease’ela which made the welcome all the more special for the crew.

One of the female crew members, Josephine, who is also from Falease'ela, told the Samoa Observer how they were greeted warmly and how proud she was to have been welcomed by her village. 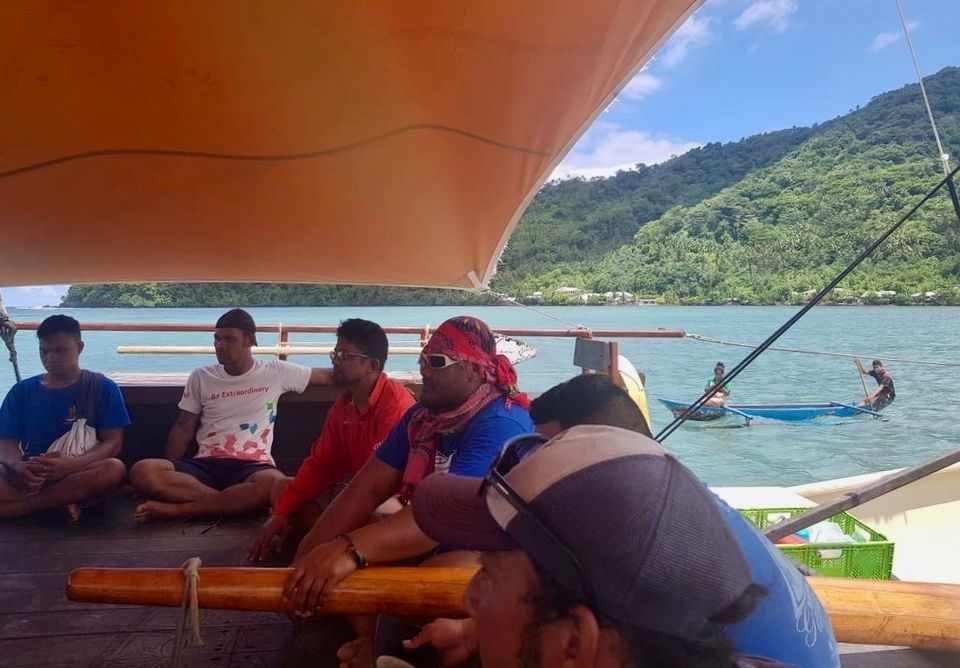 "We arrived around 12 and dropped anchor; we didn't know there were people waiting for us onshore as [we] weren't planning on coming shore," she said. "So the captain and our crew made it to shore and we were greeted with kisses and hugs and with hand made ula.

"I must say that I was also proud to have been waited on by our village members."

The Guardians campaign will officially commence on 28 September in Falease’ela and is a series of four community-based programs followed by workshops in Safata and Falealili.

Funding for the Guardians Campaign voyage has been provided by the Civil Society Support Programme and in-kind technical support by the Australian Pacific Coalition and the National University of Samoa Centre for Samoan Studies.