The Founder and Optometrist of Samoa Eye Care, Fuiavailili Erna Takazawa, is a strong believer in making a difference in the community and she says a "child’s vision matters." In a statement, she recalled what motivated her to become an Optometrist.

"I became an Optometrist because of my experiences as a child watching my sister suffer from poor vision, watching my parents struggle to afford a simple pair of eyeglasses which cost $700 tala at the time, and watching the stigma of wearing glasses shown in teasing and mocking from other children,” she said

“A single question came to mind: who is responsible for solving this problem?. I took it upon myself to become part of the solution. Becoming part of the solution to vision problems in children was one of the reasons Samoa Eye Care was opened one year ago.”

Inability or difficulties reading often result from untreated vision problems which can also lead to kids having trouble keeping attention.

“Children will almost never complain about problems with their eyes. A child rarely knows that they even have a vision problem because they do not yet know the difference between good vision and poor vision,” Fuiavailili said.

“However, vision problems are some of the most common disabling conditions in children which can cripple them academically and socially.”

According to Fuiavailili, she first wore glasses while she was at university in Auckland. She had experienced first-hand the huge difference it made in her overall academic performances and quality of life. She said that without glasses, she would have suffered and would probably have not completed her studies.

Fuiavailili has been practising in Samoa over the years and she has seen a number of students with advanced poor vision due to amblyopia - a condition can be corrected if identified and treated early.

According to Faalogo Fitzpatrick, who is an employee of Samoa Eye Care, few children are brought to Samoa Eye Care and most of the cases they see are refractive cases (requiring glasses) and children complaining of headaches and teary eyes.

He recalled a story of a five year old girl who was recently examined. The little girl was brought in by her mother as she was constantly complaining about headaches. She had refused to be seen but with assurance, she moved on to have an eye exam. 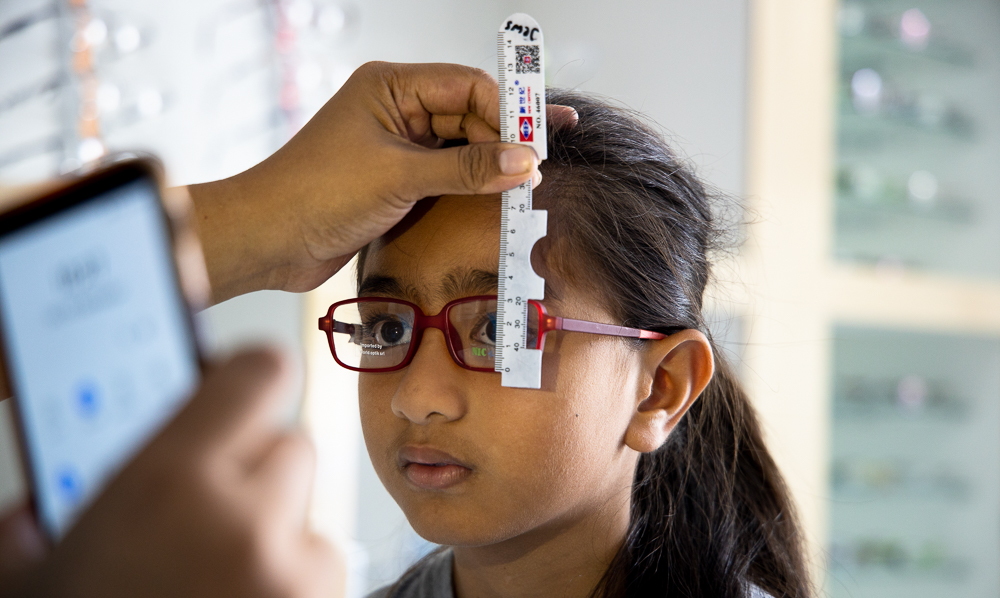 After a few weeks with new glasses her mother said her daughter had become more energetic, enthusiastic and motivated.

Fuiavailili reminded  parents of the importance of children spending more time outdoors  and reducing their use of electronic devices which is a contributing factor to vision problems.

Samoa Eye Care Manager, Christopher Sablan thanked everyone who were involved in Children’s Day Vision and those who contributed through providing funds.

“Samoa Eye Care is proud to offer free eye exams and free eyeglasses to our children participating. But we are not alone and must recognise our partners and friends who have assisted us: V.M.D. Australia, the makers of our popular eyewear brands Bill Bass, Dirty Dog and Evoque that have donated frames to be distributed for free," he said.

“And Lisha Sablan and her team at Janet’s Samoa who assisted with gifts and healthy nutritious food for our visiting children and parents. Janet’s Samoa are also kind enough to offer some financial assistance for eyeglasses where needed.”