Just two weeks have been set aside to process nominations between 12 October and until the final day for nominations on Friday 23 October.

The first week of nomination will be conducted in Savai’i at Don Bosco Hall in Salelologa, for the first three days and for Upolu for the rest of the nomination period at the Ministry of Public Enterprise Conference room at the Samoa National Provident Fund S.N.P.F. Plaza.

Political parties are required to submit their lists of registered candidates during the nomination period.

And according to Electoral Commissioner, Faimalomatumua Mathew Lemisio, candidates in the registered list submitted by political parties may not switch allegiance after the two-week nomination period closes.

Otherwise, the only chance for a candidate to switch over to another party is after the General Election.

In two weeks time, October 8, all applications for registration of voters will be closed at 4.00 pm.

On October 9, Electoral Rolls for all Electoral Constituencies will be temporarily closed until after the General Election 2021.

From 10 October, to 26 March 26 2021, a chance is given for applications from pensioners and disabled eligible voters to partake in pre-polling services. 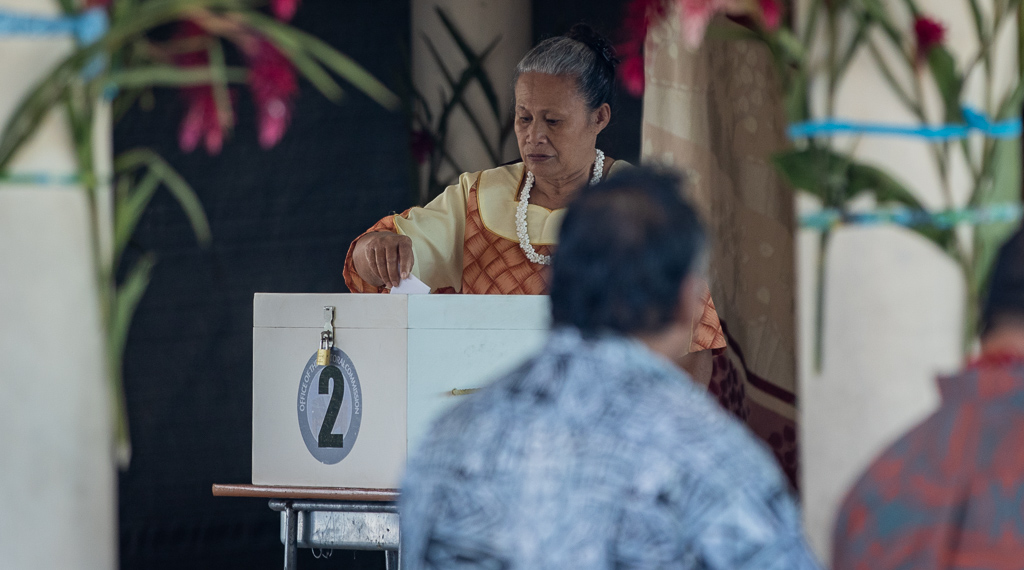 The last day for public servants who intend to run for office in the 2021 General Election to resign from their positions when they declare their nomination is 12 October.

The Electoral Law says a Government officer means a Judge of any court, a Police Officer, prison officer, member of another disciplined force or any uniformed branch of any defence force established by law.

Members of any Government Board, Commission, Committee, Corporation or Council or a person employed by a public body pursuant to Public Bodies Act are described in the Act as public officers.

Under the Electoral Act 2019 section 12, it states that a public servant who does not resign pursuant to subsection 1 is taken to have resigned from the date of filing his or her nomination.

From October 13 to October 23, the Electoral Office will open for the nomination of candidates.

And starting from October 24, the floor is open for candidates running in the General Election to conduct campaign works, until April 4, 2021.

Also from October 24 until October 30, 2020, the chance is given to candidates to file a petition against another candidate at the court, and subject to the review of the Electoral Commissioner, until November 27.

And on January 22, 2021, the Head of State is expected to issue an official warrant to notify of the 2021 General Election.

March 26, 2021 is the deadline for a candidate to withdraw from the list of candidates vying for a seat in Parliament.

Pre Polling starts on 5 April to 8 April 2021 before the official General Election kicks off on April 9.