The former Deputy Prime Minister made the call during an urgent Parliament session at the Maota Fono on Tuesday where amendments to the Electoral Act 2019 were discussed and passed.

Speaking as an independent M.P., two weeks after she resigned from Cabinet and the H.R.P.P., Fiame said an independent Electoral Office will ensure everyone is treated equally.

The former Minister of Natural Resources and Environment expressed her concerns from her new seat in Parliament, next to Salega M.P., Olo Fiti Vaai, on the left-wing of Parliament's chamber.

“Mr. Speaker, it appears from the dialogue that just because we are Members of the Legislative Assembly, its seems that we make legislations that protect those in Parliament, or others that support different political parties and that,” Fiame said.

“Honourable Speaker, this is why I believe it is important for the Office of the Electoral Commissioner to be independent because it is different from our circle of people that deal with legislation and politics.

“We need to protect it to ensure the independence of this office to guarantee there is equality in our elections and our electoral laws so that there is no bias or discrimination against others.”

Fiame did not say who she was referring to as "others."

But she raised questions about the residency requirement for voters and the qualification of election candidates to render service or monotaga to the village of the constituency they will contest under.

She made reference to comments from Olo where he queried the contradiction of voters being required to vote in their place of residence but are unable to contest from the constituency, unless they hold matai titles there.

The former Cabinet Minister noted that the response to the claim is the person is free to return to their constituency and village of origin to run from. 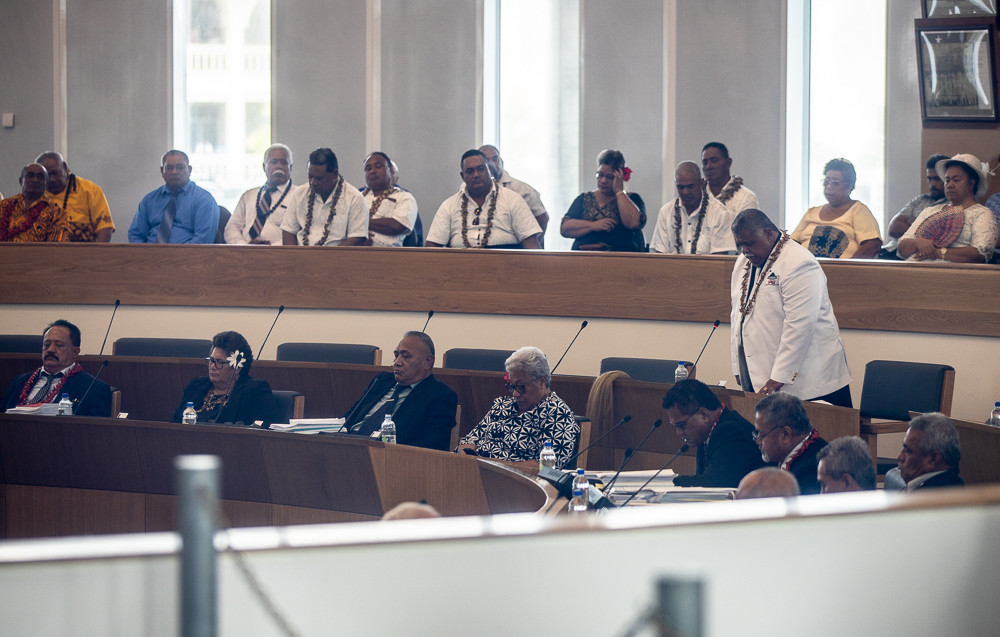 However, Fiame feels that whatever the justification of it under electoral law, it is her understanding that “if you’re a voter in a constituency you should also be able to be a candidate”.

She then asked the question of where does the foundation of electoral process lies, whether it is based on the fa'amatai or based on the population number.

“Honourable Speaker, I am not saying which is right and wrong,” she said. “It is what is happening and if our culture and customs is important, these are matters that arise from it.

“The Prime Minister had answered this saying that the government addresses matters that arise and based on the views of constituencies.

“But I feel that what we deliberate on our elections we need to look carefully into it.”

The Associate Minister for the Ministry of Communication Information and Technology said the views expressed might be nice to listen to but they are antagonising.

Leala pointed out that although the Member is speaking in general but the issue raised is directed at her constituency in the urban area.

“Its not only Vaitele and Faleata West that is affected in this, it affects the whole of Samoa,” he said.

“The essence of matai is politics in Samoan…the matai is free to run as a candidate from their own constituency and it is their freewill to vote in their place of residency.”

Leala added that the spirit behind the changes and the question that was put to villagers during consultation if is they agree to let any matai residing in their village to contest from their constituency.

He said the answer is no and that is the whole explanation behind the electoral change that needs to be explained.

Fiame noted the explanation from the Associate Minister. She added that her view is in relation to the reality of what is happening at the moment.

Parliament has been adjourned until 27 November 2020.