The American Samoa Netball Association 2020 Mixed League has concluded with S.C.O.P.A. American Samoa walking away with top honours after seven weeks of tough competition between  six teams in the A-division.

The match was umpired by veteran netballers and umpires, Ruby Ripley, who is also the tournament director, and Maria Ah Vui.

Austin Asiata, who is a member of the American Samoa S.C.O.P.A. Alumni and  S.C.O.P.A netball association, responded to queries from the Samoa Observer saying both teams showed the pressure of the final. The game had a number of unforced errors and umpire warnings issued due to on-court outbursts Mr. Asiata said.

“S.C.O.P.A took an early lead in the first and second quarters that the defending shield holders fiercely tried to close, but could not,” he said.

“This was largely due to the strong defensive duo of Goal Keeper Upuseutaimalo Setu and Goal Defender Centennial Wulf.” 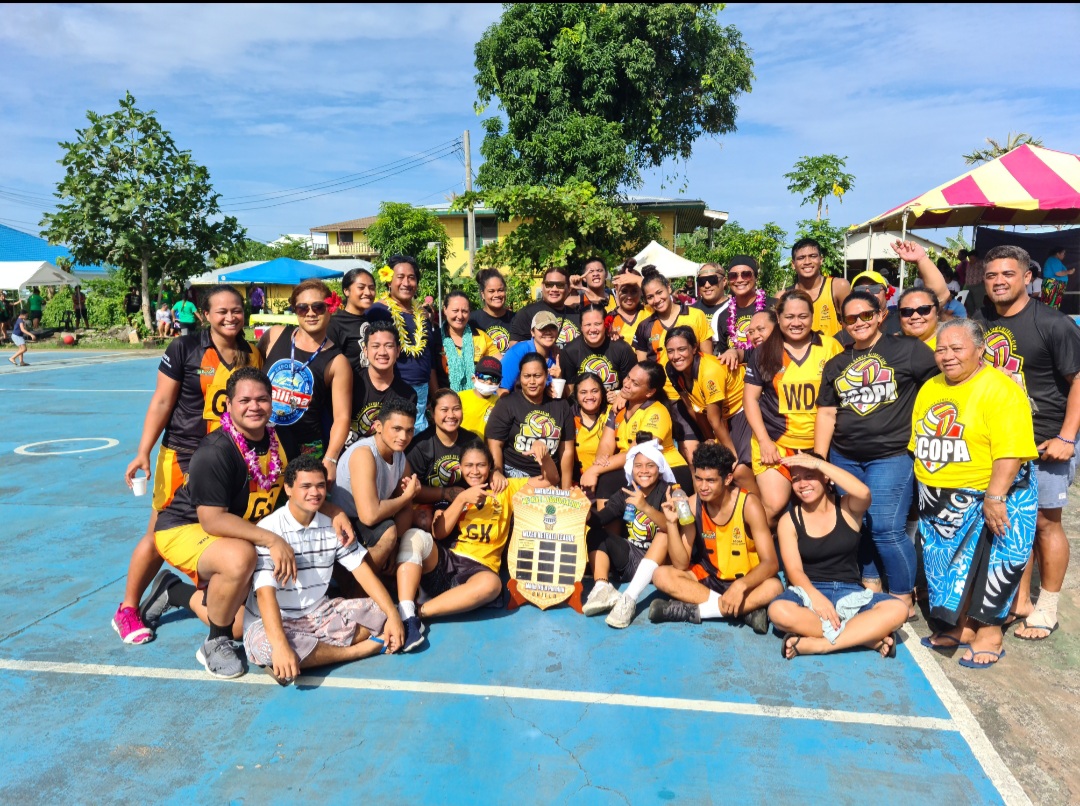 The S.C.O.P.A. netball club was only formed last December, after an old S.C.O.P.A. pupil in American Samoa contacted Mr. Asiata. The SCOPA alumni in Am. Samoa were then contacted and the club grew from there.

S.C.O.P.A. students in American Samoa came together; but Mr. Asiata said that the opportunity was opened to anyone interested in joining, even if they didn’t attend Samoa College.

“Luatasi Talo reached out to me last year after the 2019 netball season and asked me to join him in starting [the] S.C.O.P.A. netball club instead of playing for other teams. So we reached out to other S.C.O.P.A. alumni [who] we knew of here in American Samoa,” Mr. Asiata said

“We held our first meeting in late October of 2019. We are all former students of Samoa College. Initially, we started recruiting any and all SCOPA students we knew on island but we knew we had to open the invitation to our families and friends in order to grow the club here in the territory.” 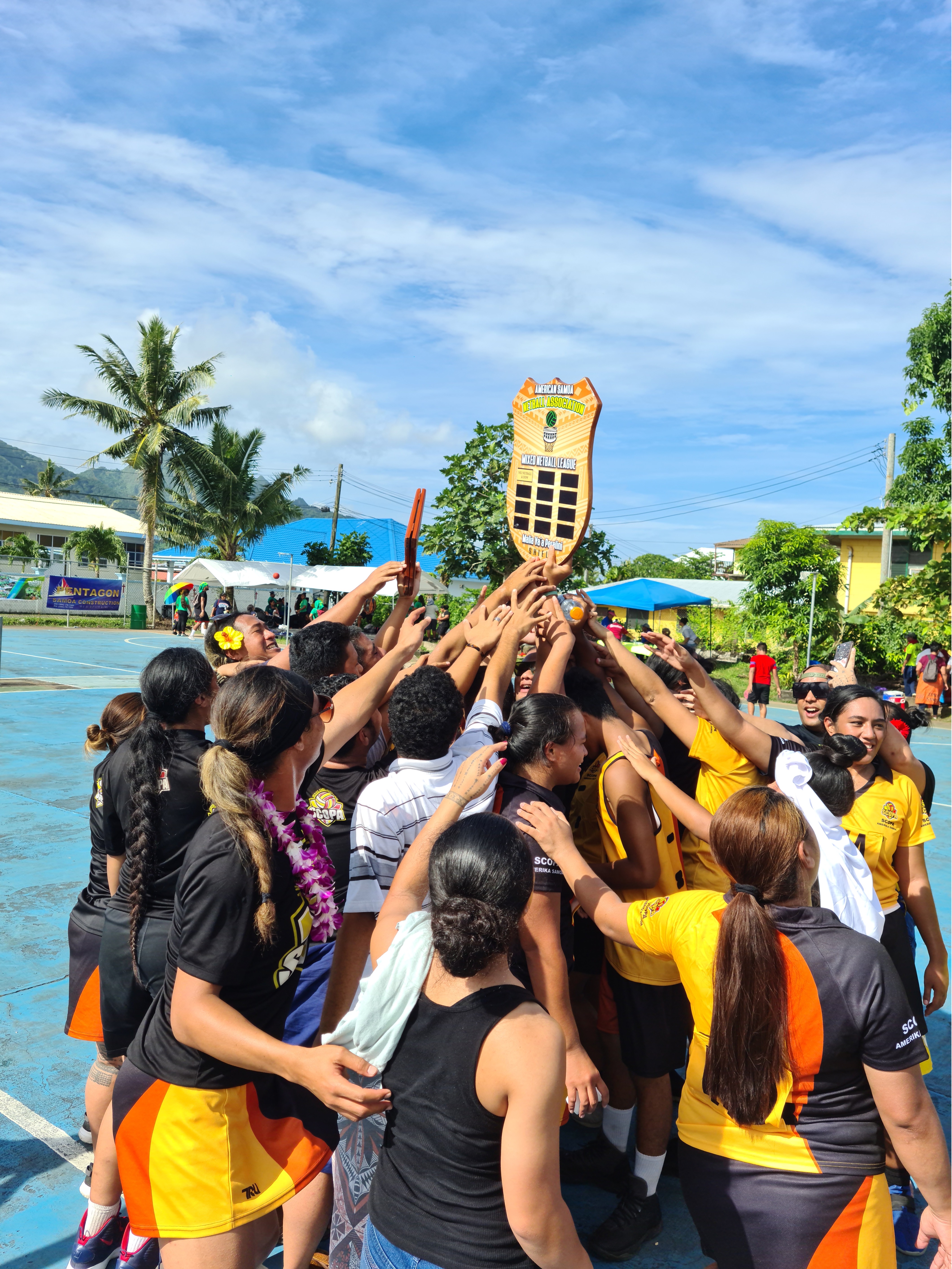 A total of 20 people were in attendance at their first General Meeting in January this year when an election was held for the executive board. That marked the official start of S.C.O.P.A. Amerika Samoa Netball Club. As of now, there are about 10 S.C.O.P.A. pupils while the rest are families and friends.

Mr. Asiata encouraged anyone who is interested in joining the club to do so.

“S.C.O.P.A. does not discriminate however, we teach our players good sportsmanship, great behaviour on and off the court and to put God first because that is the S.C.O.P.A. way,” he added

The A-Reserve S.C.O.P.A. Roadrunners secured second place in their division with only one loss out of their 6 games.

“Our purpose from the beginning as a club was to focus on building character and good sportsmanship,”  she said.

“Play smart and clean netball. And to have fun! And we always put God first in all we do as a club. We achieved and exceeded our expectations. I am very proud of my players,”

S.C.O.P.A. Amerika Samoa recognises the support of their families, friends and also their sponsors who contributed to their achievements.

“G.H.C. Reid, Bluesky, All-Stars and Matson Shipping [and] most especially to [the] major sponsor, Silva Group, for supporting our youth and helping grow netball in American Samoa,” Mr Asiata added

Despite a long and successful season, S.C.O.P.A. Amerika Samoa will host its Inaugural S.C.O.P.A. S.I.L.V.A. one-Day Halloween Netball Tournament next month, on 24 October. 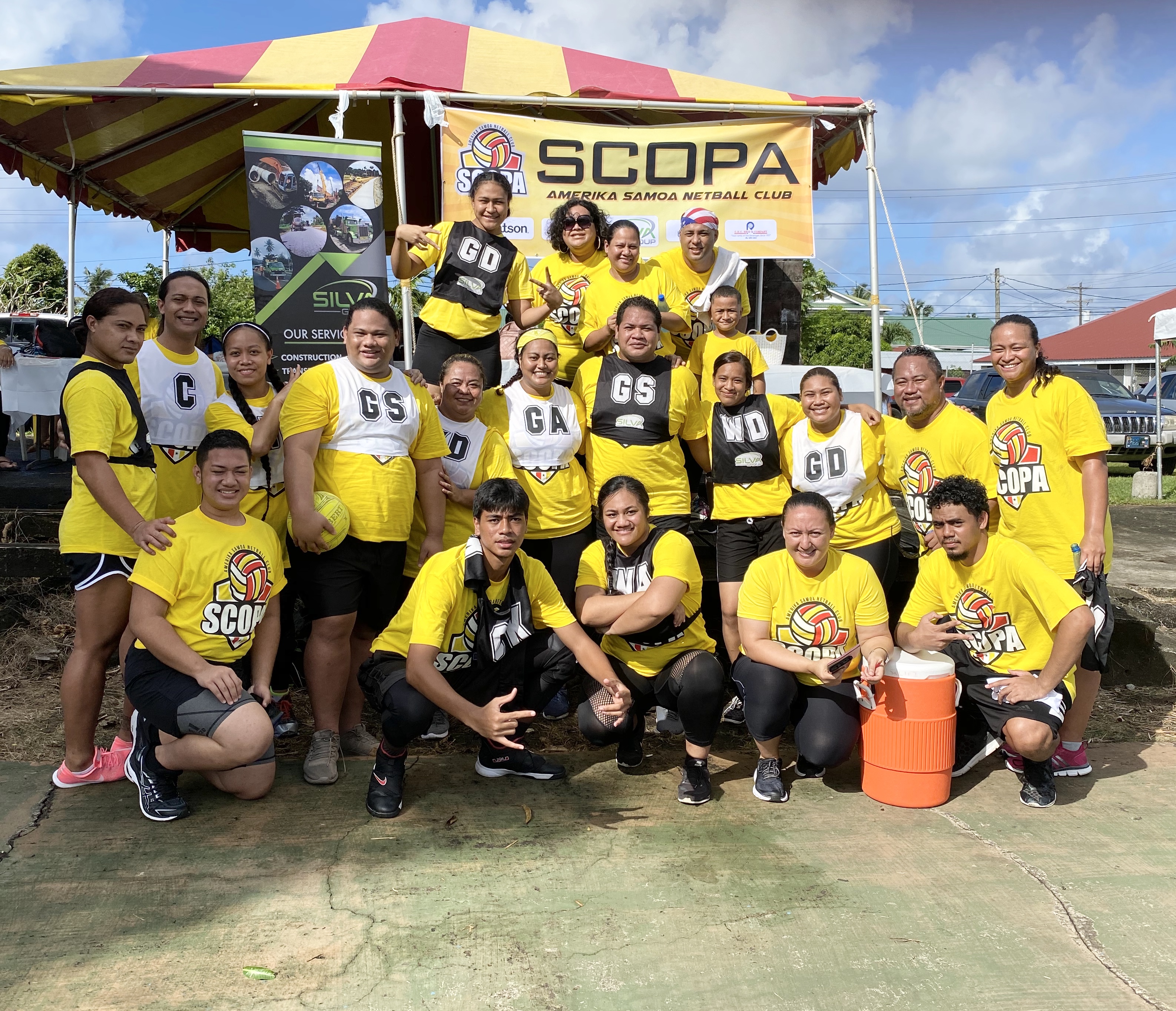 Although they are a new club, S.C.O.P.A. is excited to host its first-ever tournament in the hopes of attracting old players and welcoming new ones as well.

“We have decided to have two divisions (men's and women's) and any team can register and enter to play. In the spirit of the season we have added a Halloween theme and awarding teams with the best costumes all while playing great netball with a "best sportsmanship award".,” Mr Asiata said