Trial of man who crashed into Prime Minister's car

A photo of defendant Michael Toleafoa Savusa taken from outside Court during recess (Photo: Vaitogi A. Matafeo)

The trial of a man accused of crashing into Prime Minister, Tuilaepa Dr. Sa'ilele Malielegaoi’s official vehicle, before evading being captured by the Police for nearly a year, started in the District Court on Monday.

Michael Toleafoa Savusa, of Aufaga and Faleatiu, is accused over the incident at Aufaga in 2019. He is facing three charges of driving without a license, failure to report the incident within 24 hours and careless driving.

Savusa has pleaded not guilty to careless driving although he has pleaded guilty to the other two charges. He appeared before Judge Leota Raymond Schuster with Attorney General’s Office lawyer, Papali'i Ioata Tanielu, as the prosecutor.

The first witness was the man in charge of Tuliaepa’s security and safety, who is based at the Prime Minister’s Office, Superintendent Vaovasa Lapi Filo. 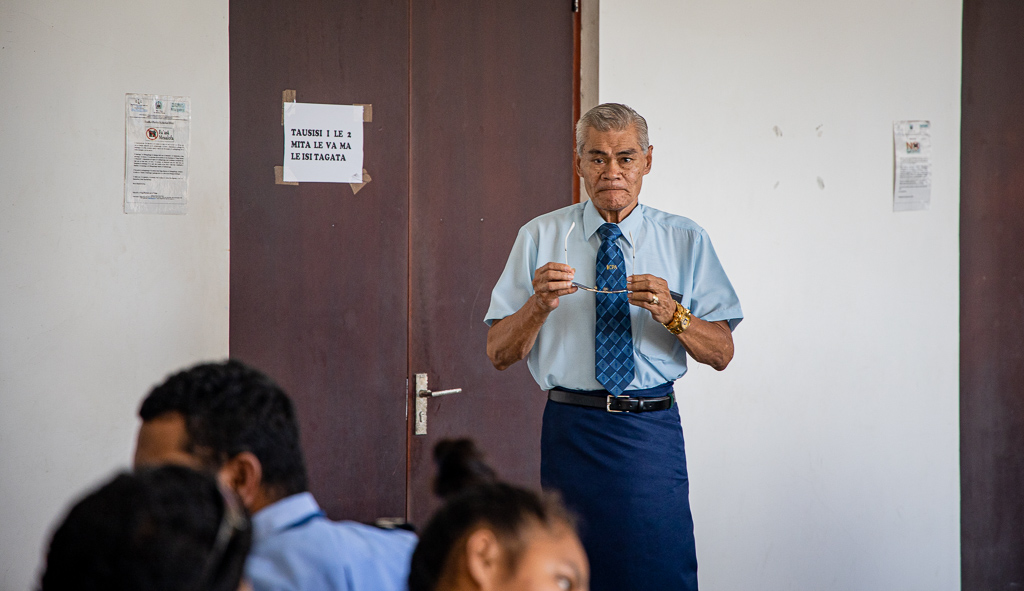 He drove the Prime Minister's car on the day the defendant’s Noah van crashed into it. Vaovasa recalled that on the 15 April 2019 they left after 5 pm with the Prime Minister to carry out an inspection for one of the schools in the Lepa district. There were scattered showers on the day but mostly fine weather for some parts, he said.

The Superintendent said when they reached Aufaga on the road heading down to Seabreeze, he saw another vehicle on the opposite side of the road and it was speeding.

“When I saw the car speeding [towards us] I couldn’t swerve the car on the side, it’s a mountainous road and we could fall into the ditch,” he told the Court. “My priority is the safety of the Honourable Prime Minister and I slowed down the car and swerved to the  left. We kept to our side when I saw the car coming onto our lane. I don’t know who the driver was.”

After his evidence, the defendant who was unrepresented was given the opportunity to ask questions. Savusa questioned the Superintendent if he had seen him signalling twice to indicate that his high beams were on. The defendant claimed that the bright lights blinded him that evening.

In response, Superintendent Vaovasa said the light could not have blinded the defendant because he was heading up from the curve.

“I know you were speeding and heading towards our car,” he added.

The second witness was Sergeant Albert Matautia who was in the backup pick-up truck for the Prime Minister with another officer.

Senior Sergeant Matautia said they were about 50 meters behind the Prime Minister’s vehicle when the incident occurred. He said he saw a car coming from the other side and suspected it was coming on to the middle of the road.

From his recollection, he said it is hard to say because the car that the Prime Minister was in is also a big car and the road is narrow.

“I saw the car [that the Prime Minister was in] thumped and then stopped," the Senior Sergeant said.

“We quickly rushed towards the vehicle and went to the Prime Minister to check if he was okay.”

The Officer said the Prime Minister had responded that he was not hurt and proceeded to lead him outside of the car.

In response, the witness said that from his observation majority of people that drive on the road in the rural areas drive on the middle of the road.

Senior Sergeant Paulo Cordtz, who was in the same vehicle as Matautia, also testified in the hearing. 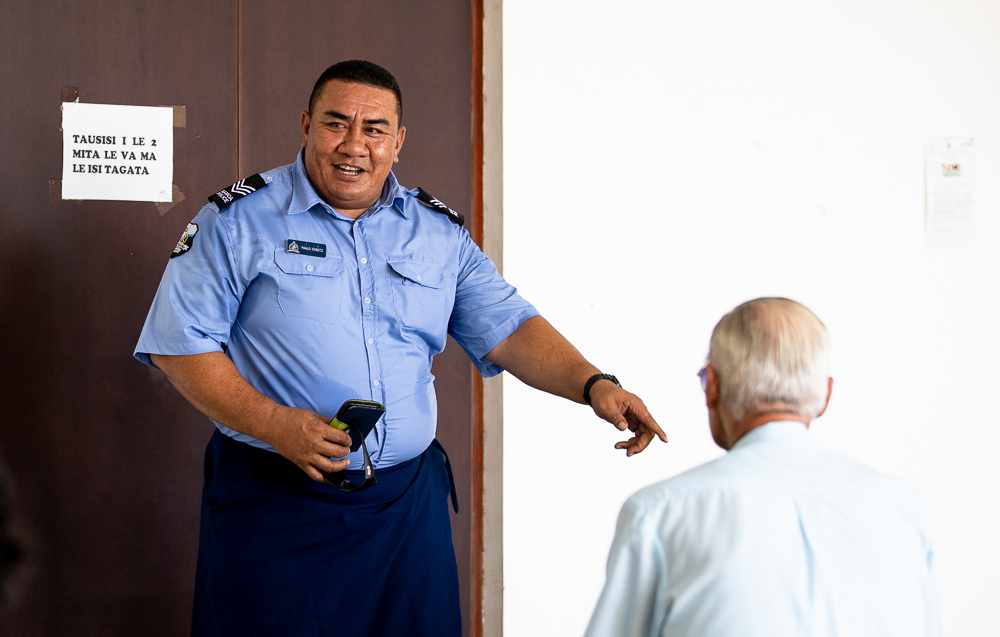 While he was not aware of how the cars crashed, he said he had approached the defendant after checking if the Prime Minister was okay.

“I do not recall what we talked about but I know we talked,” said Sergeant Cordtz.  “When I saw the Prime Minister was walking towards where we were, I left the defendant to clear up the wreckage on the road so that the Prime Minister doesn’t get hurt.

“I turned around and he had already left, gone.”

The Sergeant added that he can only recall that the defendant was a skinny man but does not remember what he looks like.

“It was an evening and I can’t recall what he looks like,” he said.

A village matai of Aufaga, Leituala Vaitele, 62 also gave evidence. Leituala got picked up by the defendant’s father after a village council meeting that discussed the school building project.

He told the Court that the father of the accused got out of the car when they reached his home while his son Savusa got in the car.

The witness said the defendant was told by his father to buy cash power and to drop him off on the way.

“When we went past the school, I realised the car speed was picking up,” said Leituala. “Once we reached the curve of the road the beam from the other car shone into our car. I truly believe that's the reason that our car was moving more on the other side of the road where the incoming vehicle is coming and that caused the crash.”

But the defendant disputed the claim from the village matai. He put it to the witness that he did not tell the police during his statement that this was the reason why the car crashed and that he was speeding.

Leituala was given a copy of his statement to examine so he can respond to the defendant. In response, the witness said yes he did not tell police but he will not hide that the car crashed because it was speeding and went over the other lane.

Savusa has been remanded in custody since he was captured by the Police nearly a after the incident on 4 April 2020.