Members of the Congregation joined in during a presentation made by the Deaf Association (Photo: Aufa'i Areta Areta)
HS
By Hyunsook Siutaia, 21/09/2020

Members of the Deaf Association of Samoa gathered on Sunday at  Apia’s Protestant Church to celebrate the international week of the deaf.

The international celebration is now in its 61st year and will run under the theme: “Sign language rights for all”.

Members of the Deaf Association took up roles in Sunday's service in prayer and the reading of the Bible followed by a dance performance.

Some 23 members participated in Sunday’s service. The youngest was 15-years-old; the eldest was pushing 50.

The event brought together a mix of students, professionals and those seeking jobs. 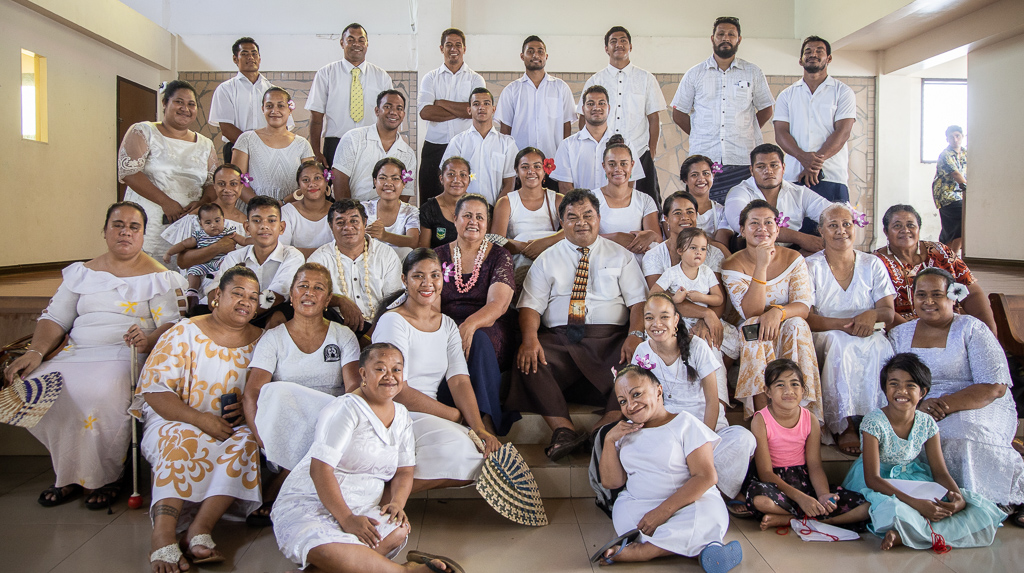 Reverend Nu'uausala Siaosi acknowledged the presence of the Association and the organisations who were supporting the celebration.

He went on to explain the importance of this week's celebrations saying that those who are deaf have rights many people with hearing take for granted.

"For them (people with deafness), it takes special efforts so that they can be able to hear through the sign language of what it means to love God and be loved by God," Reverend Nu'uausala said

"We open our doors to anyone that walks in because we are a church with an open door.

"We do not limit to whatever their condition is, but we open the opportunity for all that they and we can come together in the bond of love, unified in the body of Christ as his people."

Ms. Malama Parker, the secretary for the Samoa Association of Sign Language Interpreters told the Samoa Observer that this year's theme promotes the right of deaf people and ensuring they are included in all aspects of life.

"One of the things that we do every year for the international deaf week is being on the T.V. News,” she said.

“It will (the television broadcast) be interpreted into sign language every night for this whole week.”

Apia Protestant Church was chosen as the location because a majority of members of the Association are themselves attendees of the church. Other Association members travelled in from villages in rural areas to worship and celebrate together.

Ms. Marie Enosa, who is a member of the board for the Deaf Association of Samoa, told the Samoa Observer, that people assume that deaf people have issues with controlling their anger but that this was not the case.

"It’s because they struggle to communicate with us," she said

"For instance, sometimes when we tell the kids to do something and then they don’t do it we end up giving them a smack. But mind you these kids can hear you.

“For these guys (deaf people), they can’t, which is why they tend to find it difficult to express themselves and deliver messages to [those of] us who are not deaf."

29-year-old Melissa Resitala is a deaf mother to five children. She works as a kitchen hand at the Sheraton Aggie Grey's Hotel and spoke of the importance of the week to her.

She believes that it is very important to bring people living with a disability together so they do not feel alone but rather involved.

"Today is very important because it’s a day or week where all of us, the deaf community come together," Ms. Resitala said.

"This is an opportunity where we can feel included. We’ll know that we are not excluded or we’re not alone, that there are people who are there to help us.

"For instance, the places where we work, here at church, the organisations that are there to help the deaf people. They all come together for this week’s celebration to celebrate and raise awareness for the rights of those who are deaf."

As an employee of the Sheraton Aggie Grey's Hotel, she is often faced with communication barriers. 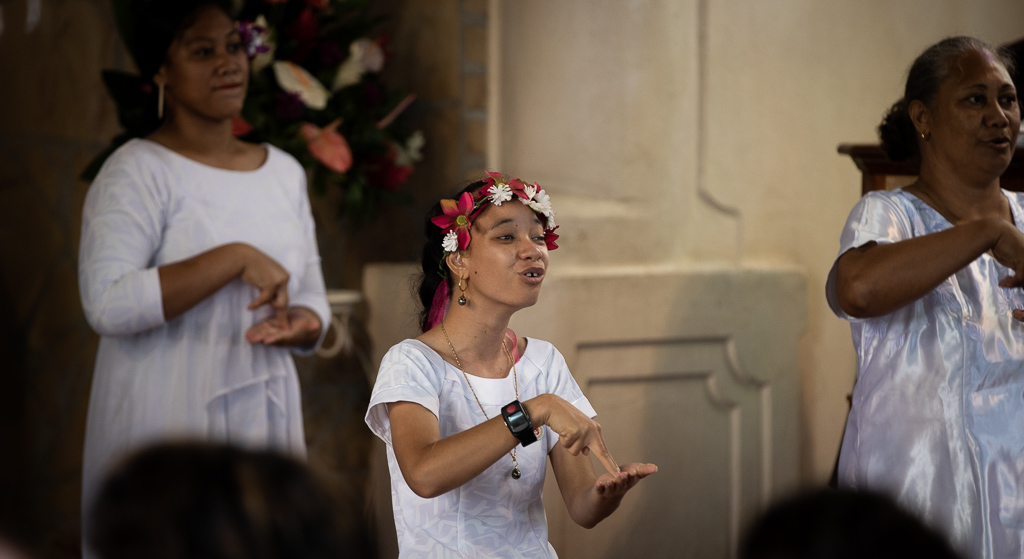 However, she has managed to overcome those barriers by teaching basic sign language to the hotel staff.

"Communicating was a problem at work. A lot of work colleagues didn’t understand, but I was able to teach them a few things for easier communication," she said

"The other problem is that at times I get told off at work because communication was difficult and I’m always faced with those challenges."

Members of Apelu Sports were also present at the service in support of the celebration.

The organisation is the official physical education and sports partner for the week and has a longstanding association with the Deaf Association of Samoa.

They will conduct programmes with the Association on Thursdays and Ms. Gabrielle Apelu said that their members are very accommodating and that in addition to having an interpreter they are also learning sign language themselves.