He said parents should not confuse enrollment fees with the registration dues collected by individual school's committees.

School students from Early Childhood Education (E.C.E.) to Primary School are still able to access school due to a One Government Grant (O.G.G.). of $18 million from the Government.

The amounts demanded from parents by school committees are registration not attendance fees, Loau said.

“This is something the parents continue to say, that school fees are still being paid. But that is not it. [These are] registration and not school fees,” the Minister for Education, Sports and Culture told state-owned newspaper Savali.

“Remember, before we had three school terms, sometimes by term three your first term fee still hasn’t been paid, but that’s not the case anymore.

“I come to our village and they ask me the same things if these aren’t school fees, why is the [school] Committee collecting money [from us].”

Loau explained that there are expenses required to run schools that the O.G.G. does not cover.

“The O.G.G. cannot be used in other aspects, which includes mowing the lawn, building a school fence [or] fixing broken fixtures of the school structure,” he said.

“These tasks are dealt with by the [shool’s] committee, so the village can also put in some work.” 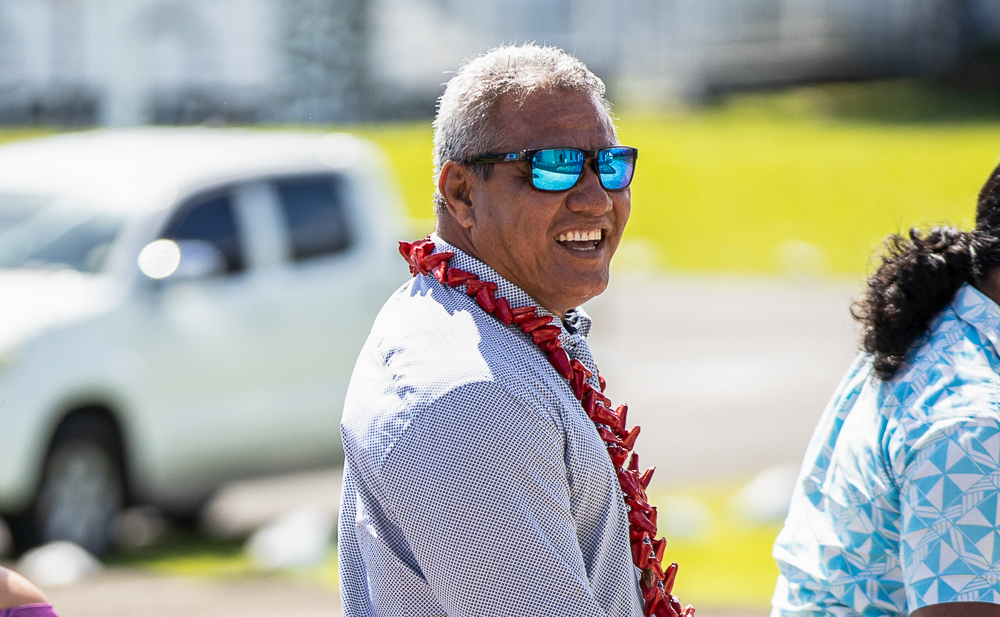 According to Loau, about 60 per cent of the $18 million O.G.G. is used to pay teachers.

He said that not all private and church schools rely on the grant to pay their teachers, as they have already established a sustainable pay stream for their teachers.

Funds which are allocated to schools are based on the number of students enrolled at each school, Loau explained.

He thanked the Japanese Government for providing assistance to Samoa by refurbishing and building new schools in villages.

Loau said the Ministry’s plans to assist schools around Samoa had been funded by the Japan International Cooperation Agency (J.I.C.A.)

The Minister said the agency has been engaged in assisting the rebuilding and building additional sections to schools for years under their Primary School Improvement, Grassroots Human Security Projects.

“Firstly, we thank the Government of Japan for their large contribution in the building of our school buildings,” he said.

“It is not an easy task. Looking back, villages would seek their own funds to build their schools. We all saw how poor our schools were back in the day because it was all they could afford.

“But in terms of assistance from our Government in those days, we didn’t have that sort of money and that’s where Japan came in. Japan observed during our working relationships that this is one of the areas they can assist Samoa in.”

Japan's assistance goes beyond the building of schools, as they also bring in volunteers who boost the necessary staffing in schools, added Loau.

Japan’s Grassroots Human Security Projects was introduced in 1991 and in Samoa; hundreds of projects have been implemented in the field of education.