The Princessa Building Supply company that was on fire on Friday evening. (Photo: Vaitogi A. Matafeo)

The quick response from the Fire and Emergency Services Authority (F.E.S.A.) and Police officers saved what could have been a devastating fire at the Princessa Building Supplies store at Vaitele on Friday night.

While other parts of the Chinese-owned store and products were destroyed by the fire, F.E.S.A. managed to put out the fire and saved the building and other products.

A senior Police officer who was at the scene told the Samoa Observer they received the call at around 7:30pm.

"We are stationed at Faleata, and our main office informed us of the incident, so we rushed to the scene," he said.

"When we got here, we saw that the store was on fire and there were two fire trucks here trying their best to put out the fire. The danger was it could spread to other businesses nearby.

"All we did was clear the area and disperse the crowd of people who rushed to the scene and make sure they were removed from the scene." 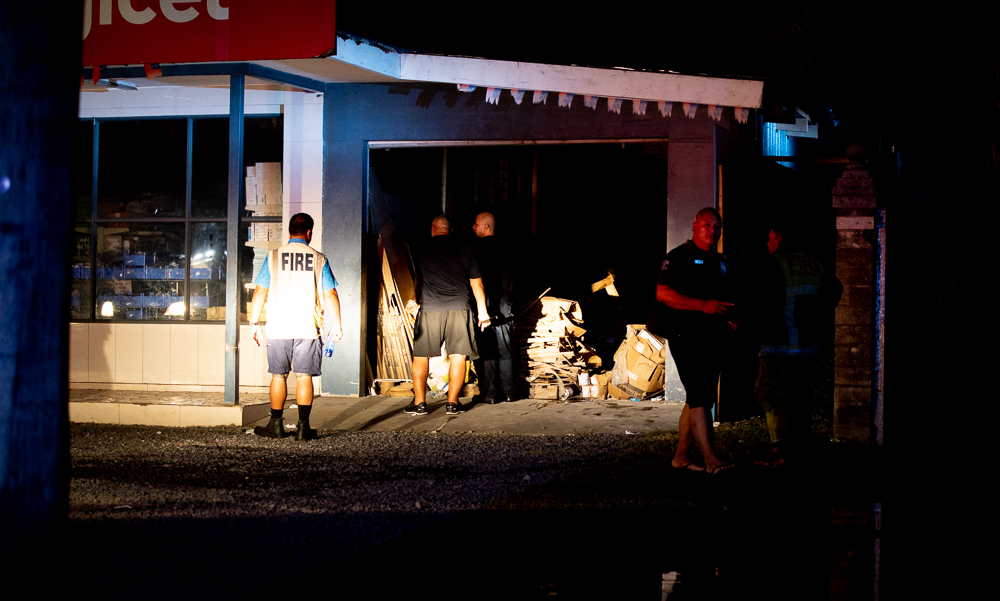 While the police official said it was unfortunate that parts of the store has been destroyed, he is grateful that no one was hurt.

"It's a good thing that it did not spread to the rest of the building," he said.

"It is a building supply company, so it could've gotten worse, but it's good that we were able to stop it before anyone got hurt."

"We have not finalised a report, so you need to come back tomorrow," he said.

"We will seal the property and tomorrow, we will be able to answer any questions you have about what happened tonight."

It was not possible to get a comment from the owners of the company.

The Princessa Building Supply is in between the Moanalisa Hotel and the Samoa Pure Water company.  Owners of the two companies were also at the scene. 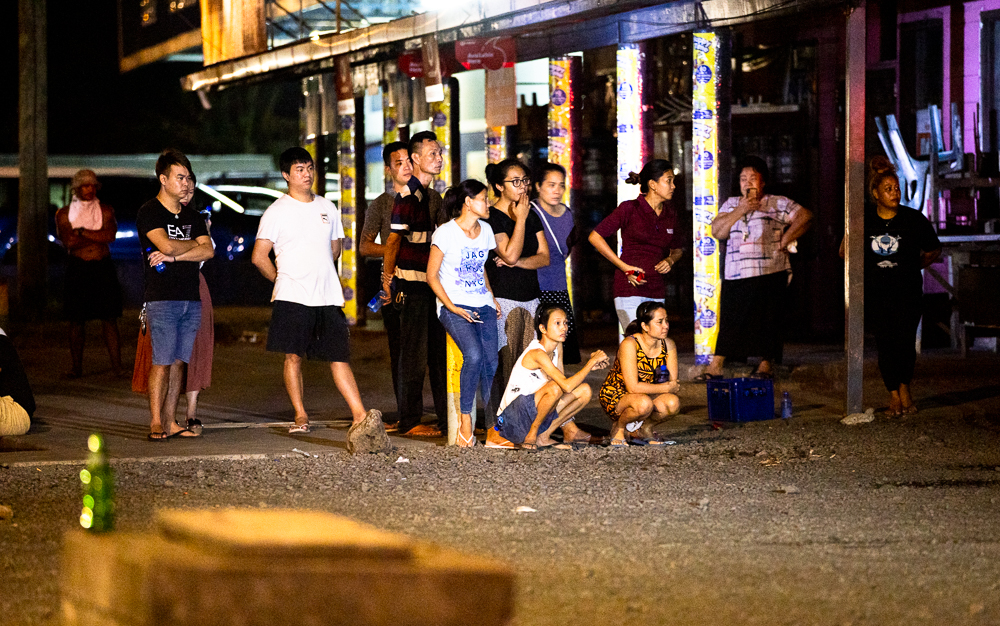