The Samoa Police Service celebrated four new appointments at the top of the Force on Friday. 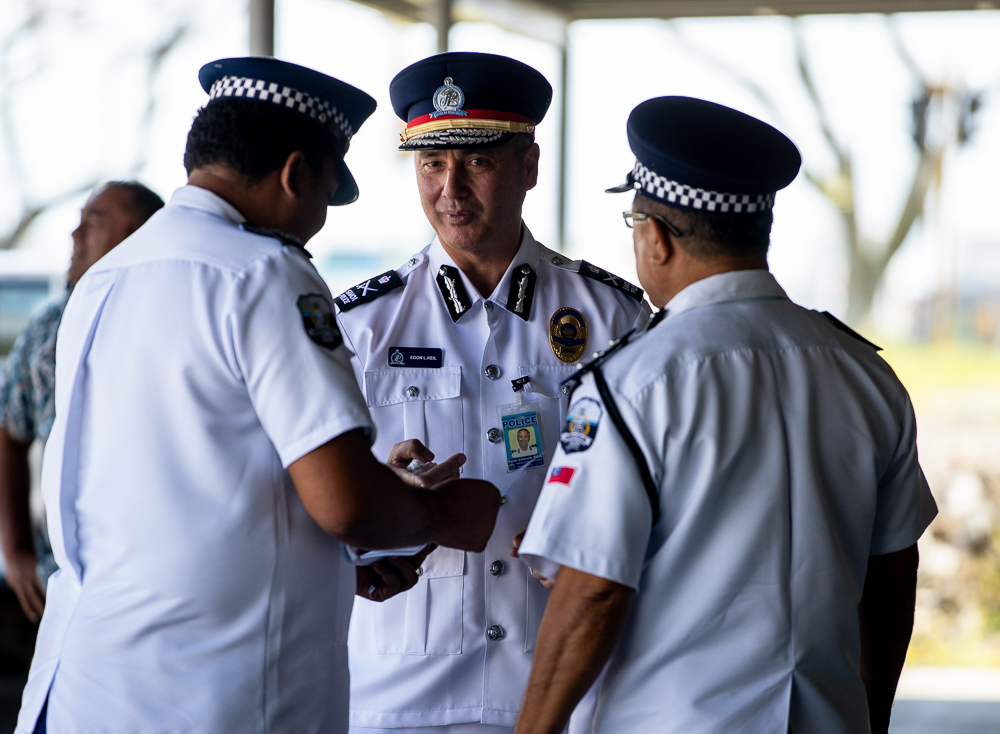 “There were so many people that applied for these positions,” Fuiava said, adding that the applicants underwent a vigorous vetting selection process and from Police there were two males and one female promoted.

Fuiavailiili praised the contributions made by his newly promoted officers. 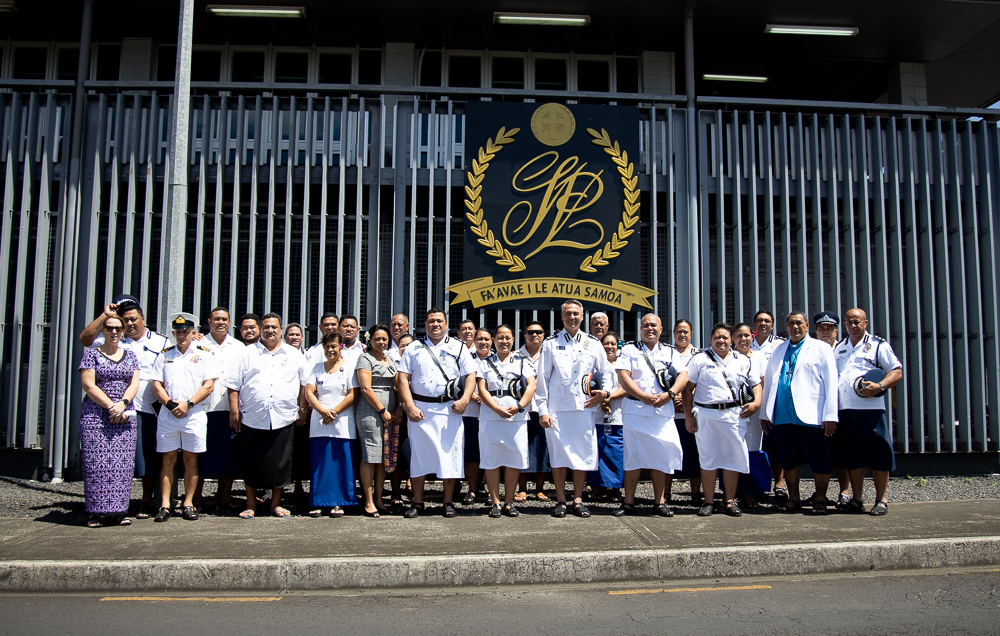 “Auapaau did some great things in Samoa Police; so as Muliagatele, she has also done some great work in our workforce and in women’s police network, support services and training, we are very lucky to have her join us at this level within the Police,” the Commissioner said.

“Leiataua has demonstrated leadership in so many ways, a critical individual; and we also have a new lawyer; she has practiced in the United States for many years and moved here four years ago.”

The Police and Prisons Commissioner said his confidence in the force had been boosted by the new appointments.

“I am so honoured to be the Police Commissioner during these times; gaining the confidence and trust from Government to give us all these opportunities and challenges that I know our ministry can handle,” he said.

“With these types of individuals, I know they are strong, a lot of background in law enforcement, leadership, and we also have a new lawyer.

“I don’t want [Samoa Police Service] to be a good organisation; I want it to be a great organisation, and these developments will push it to the next level that I expect from myself including all my staff.”

He also mentioned that other added duties for senior officials include responsibilities for prisons.

“We are up for the challenge, there are a lot of issues there but we intend to enhance the quality of prisons and to ensure there are no more breakouts,” he said.

“Additionally, we also look after the wellbeing of the prisoners because at the end of the day, they are the sons and daughters of Samoa. And the registration of vehicles; so we do have many challenges.

“The selected individuals will serve a three year term for their positions. These appointments will help us complete these works lawfully, efficiently and professionally.”

Muliagatele said that she is excited and at the same time she feels like something is missing.

“It is because my parents are not here, especially because my mother just passed away.

“I just wish my family was here to make [the ceremony] complete but I am excited and I am looking forward to the challenges.

Ms. Jahnke also said she was excited about the possibilities of her new position:

“This is a new position and a new division, so I look forward to developing not only the division but contributing to the organisational goals and as the Commissioner said, there is great improvement already and I look forward to growing the Ministry.”