Lupe o le Soaga wants to maintain their top ranking in the Premier Men's football league. That's why they have been training every day and working to ensure their mistakes from previous games are not repeated.

Coach, Paul Matamu Ualesi, said their undefeated run has placed pressure on them to ensure this is maintained.

But he is also realistic enough to say that anything could happen.

"We are focusing on maintaining our team's level of competition and stay on the top ranking," he said.

"We know that different years bring different things. We are now leading the rankings but to be honest, the competition is far from over so anything can happen and there is room for the rankings to change in the coming weeks."

Lupe o le Soaga is leading the Premier Men's league that is ongoing at the Football Federation Samoa, they also have their U-8, U-10, U-12, U-14, and U-18 teams which competed in the previous National Youth league. Their U-19 were the champions of the Youth League, and they acknowledge the Football Federation for the initiative to have the young ones play. 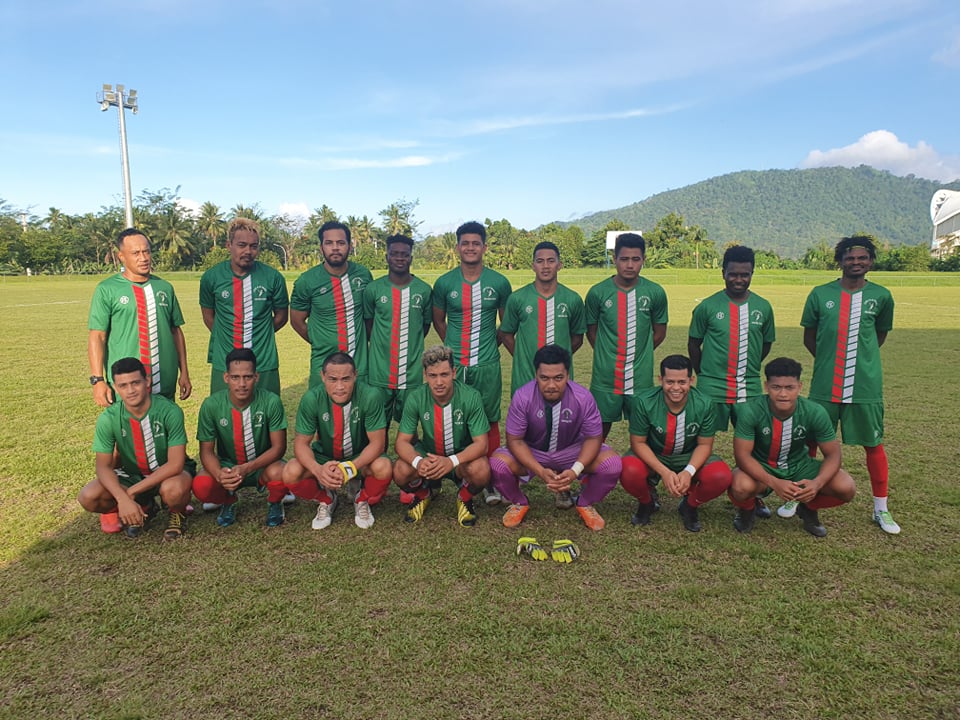 "Right now the Premier Men and Women Premier tournament and the Youth league tournament have just finished where our U-19 were the champions of their division. It was a really good tournament for the young ones, which helped in developing the talents of the young ones in the U-8, U-10, U-12, U-14 and U-19. I commend the Football Federation for such a wonderful initiative," he added.

They are now focused on preparing their Men and Women Premier and First Division at the moment.

"We are preparing our First Division and  the Men and Women Premier as their tournaments are now ongoing."

According to Ualesi, maintaining their position isn't easy, but they are still doing the best they can. They represented Samoa in the First Old League which was held in New Zealand where they reigned champions, and then they moved to the second stage and they were still undefeated.

"With the stages that we've been to, it motivates them to keep grinding and make sure that they defend their place, it's not like we're high minded or anything but our only goal is to make sure that they are consistent and play their hearts out on the field. Our Premier Men and First Division are leading their pools as they are still undefeated, however for our Premier Women they had one loss and three wins," he added.

Their challenges are, sometimes their key players get injured and would not be able to play for other games, sometimes it's something that has to do with the game's rules but most especially is the availability of their players.

"The tournament right now is really tough as all teams are good. But we are taking one-step-at-a-time, whatever team we are facing in the week we put our focus there. And after every game, we sit back, look at where we made the mistake and we start training again from there in preparations for the next game."

"For our training, we are doing everything and putting in our 100% effort to achieve our mission and vision which is to win again and to be able to represent Samoa again in international competitions. If we don't make it to the top level then we won't be able to do so," he said.

The hardest part of the tournaments is the time of their games, they are playing on weekdays and they have to adjust their training days. For Wednesdays, they have their games, then players are set to rest on Thursdays and start their fitness training again on Fridays and Saturdays at Malifa Primary school field. For Mondays and Tuesdays, they are to do their ball drill. He also acknowledged the support from their families, village, friends, fans, and Taula Beverage.