American President, Donald Trump's climate change denial should be a huge worry to the Pacific.

That's the view of a Samoan climate change activist, Tolu Muliaina, after Trump was called a "climate arsonist" by one of his rivals.

Mr. Muliaina expressed his opinion following President Trump accusing California of forest mismanagement, instead of accepting the science that climate change has exacerbated the rapid spread of forest fires tearing through the West Coast.

The wildfires have killed around 30 people and burned more than five millions of acres of land in Oregon, California, and Washington State.

Tens of thousands of people have been evacuated from their homes. Smoke from the fire has spread across to Seattle, San Francisco and Portland and now they have among the worst air quality rates in the world. 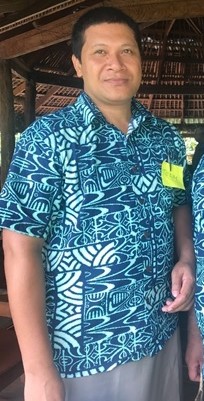 He said Mr. Trump’s denial and unwillingness to act on the climate change science is setting back the global communities’ chances of fighting climate change. A second term for the incumbent president could spell disaster for the region.

“We can make so much noise, that is for sure, but in terms of how much difference that will make on a global level we are yet to see that,” he said.

“It’s very disappointing that the big countries and the supporters of those countries don’t see the need for a change of heart.”

Speaking on the campaign trail, Democratic presidential nominee, Joe Biden, said Mr. Trump is a “climate arsonist” who has failed the country over and over.

“Once again, he fails the most basic duty to a nation,” he said in a press conference.

“If you give a climate arsonist four more years in the White House, why would anyone be surprised if we have more of America ablaze?” Mr. Biden said.

“If you give a climate denier four more years in the White House, why would anyone be surprised when more of America is underwater?”

“Hurricanes don’t swerve to avoid red states or blue states. Wildfires don’t skip towns that voted a certain way. The impacts of climate change don’t pick and choose. That’s because it’s not a partisan phenomenon. It’s science, and our response should be the same.”

Mr. Biden’s running mate Senator Kalama Harris has also called on the country’s leaders to grapple urgently with the reality of climate change.

“It is incumbent on us, in terms of the leadership of this nation, to take seriously these new changes in our climate and to do what we can to mitigate against the damage.”

Mr. Muliaina, originally from Vaivase, is a lecturer in geography, earth science and environment at the University of the South Pacific in Fiji, and has been for the last 25 years.

He said the blazing wildfires in the U.S. only add to the global climate change crisis that his potentially heating up the world at an irreversible rate.

Just as New Zealand felt the direct impacts of Australia’s wildfires between 2019 and 2020, the region around the West Coast will suffer air quality degradation as a result of the 5 million acre blaze. The smoke has already grounded flights and had businesses and schools closed.

But the longer term impacts of the blaze will be felt here in the Pacific too, Mr. Muliaina said.

“We already have issues with atmospheric temperature. Any new addition to that will be problematic, it is just making things worse before we can see some signs that things will get better for us.

“It’s a matter of life and death for us.”

Mr. Trump attended a wildfire briefing in Sacramento, where Governor Gavin Newsom and California Natural Resources Agency secretary Wade Crowfoot pleaded with their President to recognise the impacts of climate change on forestry.

“Science is going to be key,” Mr. Crowfoot said.

“If we ignore that science and put our heads in the sand and think it's all about vegetation management, we're not going to succeed together in protecting California.”

A strange exchange followed, with Mr. Trump telling the secretary that the temperature will “start getting cooler, just watch.”

“I don’t think the science agrees with you,” Crowfoot said.

Mr. Muliaina said blaming management for forest fires instead of climate change has been a common refrain.

But scientific consensus on recent wildfires agrees that increased droughts and rampantly high temperatures caused by climate change mean these wildfires are more vicious than they have ever been before.

“Any attempt to boycott or derail action on an immediate solution [to climate change] is just tying ourselves to the chair,” he said.

“It seems to me that people are dragging their feet whenever they have an opportunity to do so, not looking at the bigger picture.

“We are really running out of time, it’s either we move forward or we don’t.

“It appears to be the attitude of some countries, the U.S. in particular, that they don’t understand the seriousness of the issue for other people.”

Like many around the world following the impending U.S. election closely, Mr. Muliaina has his hopes pinned on a change in Government to put the global efforts against climate change back on track.

Should he succeed in the polls and win a second term in office, Mr. Trump will go ahead with pulling his country out of the largest international climate action pact, the Paris Agreement, the very next day after the election.

New leadership would be an opportunity to restore the world’s trust in America, Mr. Muliaina said.

“Perhaps a new president might see a way in which we can get the U.S. back into the fold and play its role as the big brother or big sister for the entire world.

“I think the whole world needs a new leader and it may make a difference for us in our part of the world.”

The lecturer said he hopes that if Mr. Biden is elected, he will relook at the U.S.’s role in the Paris Agreement and stay committed to the terms agreed within it, which include every country setting targets for reducing their carbon emissions.

Mr. Muliana and his friends founded Pacific Island Students Fighting Climate Change last March and are currently campaigning for the Pacific Island Forum to approach the International Court of Justice over climate change and human rights.

The members are largely U.S.P. students, but the founders were 27 U.S.P. law students. Mr. Muliaina is one paper away from finishing his degree in environmental law.